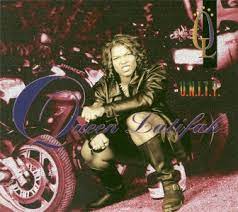 Week four of the Omer  is Netzach, generally understood as endurance. It’s actually the seventh of the ten sefirot, beneath chesed – lovingkindness, and opposite of hod – humility. Together with hod, it generates yesod – foundation.

This past year has been an exercise in endurance in so many ways – of course, through the trials of learning how to survive a worldwide pandemic, and all the changes that we’ve had to make in our lives in order to do so. Many of us have had to learn how to stay quietly at home and feeling helpless or having to do so much more in order to keep our families safe, or do our own work and also essentially homeschool our children, others of us have not had the privilege of being able to do so, and had to suffer going out into the world and not knowing if it would bring disease and maybe death or long term aftereffects for them or a family member.

This year of staying home saw a drop in crime in almost every area – except domestic violence, which dramatically increased. And I think of all the women trapped at home with their abusers, enduring and not being able to escape even for a few hours.

It has also been a year in which long-endured wrongs in our society came to a head, and we saw people take to the streets, even with the risk of contagion. We saw Black leadership say, “Enough, enough, finally, enough.” Just in the past week, we saw the trial of Derek Chauvin for the murder of George Floyd result in conviction – and the worry that this small gesture towards accountability would only result in future failures to convict referring to the Chauvin trial and saying “See, the system works!” rather that be a source for true change and justice. We saw, within hours, another police murder of a Black child: Ma’Khia Bryant.

This week of Netzach, I want to think about what people endure and suffer, and how resilient humans are, and I also want to examine how sometimes we allow our ability to endure to keep us trapped. And finally, also, how endurance can sometimes, just sometimes, carry us through to the other side and give us the time to think about how to craft our responses and actions in order to create real change going forward – to create that yesod, that foundation, which is true and healthy and whole, rather than just another broken situation to suffer through.

I want to start off with the perhaps obvious, the great Sam Cooke, A Change is Gonna Come, “I was born by the river in a little tent, Oh, and just like the river I’ve been running ever since. It’s been a long, a long time coming, but I know a change is gonna come.” He closes the song musing that he thought he couldn’t endure his suffering, but now he has come to believe that he can hang on longer, long enough for change to come.

The playlist ranges through the endurance of the black community, and especially the endurance of women (Survivor – Mary J Blige, and U.N.I.T.Y. Queen Latifah), both in expressions of pain and exhaustion (see the classic The Message from Grandmaster Flash), but also joy in survival (Anseo from Denise Chaila). Full playlist here.