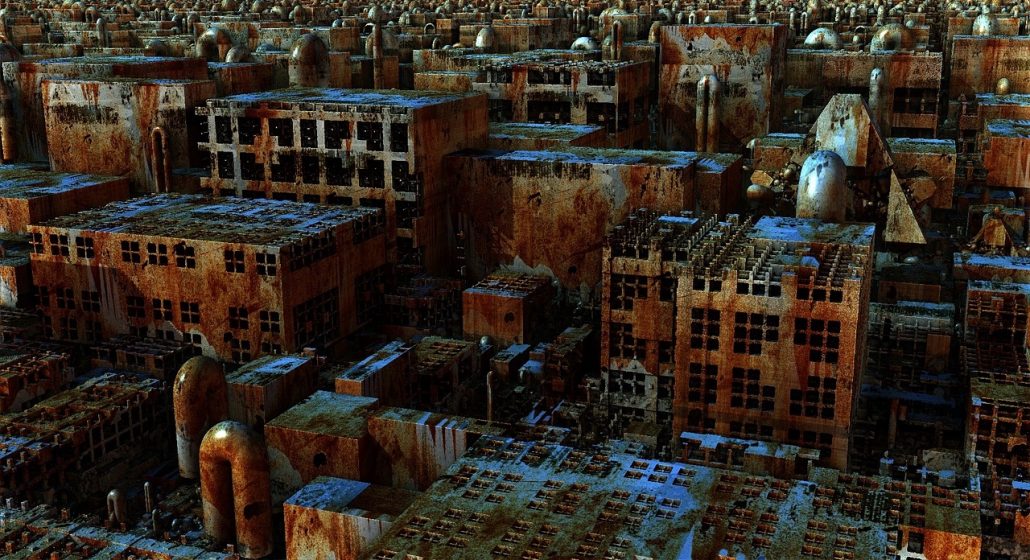 Summer is in full swing and due to the fact that the Jewish calendar is solar-adjusted, it’s the time of year when we as Jews mourn. The Rabbis started the tradition of associating the fast day of Tisha B’Av with tragedies that extend beyond the destruction of the First Temple and the holiday has swelled to encompass everything from the crusades to the Holocaust. This year, Rabbi Brant Rosen wrote a new interpretation of Eicha(Lamentations), the biblical book that is traditionally read on Tisha B’Av. It’s written from the perspective of a person living in a not-too-distant dystopian future. I caught up with Rabbi Rosen on Facebook to ask him some questions about his Lamentation for a New Diaspora.
EUS: Where did the impetus for this composition come from? Is there something specific that motivated it?
BR: I wrote this version not as a conventional translation of Lamentations, but rather as a kind of “poetic thought experiment.” What it we experienced this text not as a dirge of grief for the past, but of anticipatory grief for a cataclysm that has yet to come? And given the current globalized reality in which we currently live, what if Lamentations was a song of loss in response to a cataclysm experienced not just by Jews, but by the entire world?
It’s not that I think we should stop acknowledging our uniquely Jewish communal pain, but I do think it’s time to admit that our fate as Jews is bound up with the fate of all who live on this planet. And many have been suggesting that if we continue traveling the road we’re currently on – i.e. an insatiable dependence on fossil fuels, ever-increasing militarism, unfettered capitalism and institutional racism – we’re setting ourselves up for a major global cataclysm sooner than we’re ready to admit.
So the conceit of “Lamentation for a New Diaspora” is that it is a cris de coeur from people who live in an unnamed fallen city. Like ancient Jerusalem, it has been overrun by chaos, violence and misery, but in this case, the authors aren’t even sure there’s a Diaspora left any more – if there is anyone left in the world to hear their plea.
EUS: How does the act of publicly screaming out in despair help us as human beings?
BR: If you mean on a therapeutic level, I’m not sure I’m qualified to answer. As a rabbi I’ve certainly officiated at plenty of funerals in which mourners were publicly keening over loved ones. In those cases, the question of whether or not it “helped” them is almost irrelevant. It was simply the only thing they could do at that moment – an involuntary grief reflex. The chanting of Lamentations on Tisha B’Av is a kind of “conscious, practiced keening” experienced in the emotional context of the Jewish calendar. But I’m sure its impact is different for different people.
EUS: When you write: “I championed the cause of the oppressed yet benefitted daily from their oppression.” Does this mean that you think we ought to feel guilt over systems of oppression that we can’t control?
BR: I’m not sure that feeling guilt ever accomplishes anything. I’d say it means we ought to admit our complicity in systems of oppression while they still can be controlled.
EUS: The Rabbis, in their interpretation of the Book of Lamentations, launched an audacious theology of protest. God is more or less absent from your interpretation. Is it your view that religious theology is a luxury that we can’t afford anymore?
BR: My view is that theology is only as valuable as its ability to inspire us to ensure real justice for all and a sustainable future for our world. The Rabbis’ theology of “mipnei chataeinu” – that it was “because of our sins” that we were exiled – still holds great power for me, actually. Not that I believe in a supernatural God that willfully punishes – I don’t. And I also don’t believe in blaming victims. But I do believe this theology compels us to think seriously about our communal complicity in the misfortunes that befall us. The Rabbinic theology of protest speaks less to me vis a vis our current moment. Global climate change, permanent war, predatory capitalism – this is all our doing. We can’t pin this mess on God.
EUS: When you write “there is no right there is no left only a single mass of mourners whispering broken hymns of lament” do you mean that we need a new paradigm, because our politics can no longer contain the catastrophe?
BR: Yes, I think that’s an excellent way to put it. I don’t think the political elites have the wherewithal to pull us out of our current nose dive. If ever there was a time for a global popular movement to arise, now is the time – before we’re brought together through our common mourning for what might have been.
EUS: You end this composition on a darker note than its ancient inspiration ends on. Has God not raged against us enough? Is return impossible?
BR: I’m not sure I’d call Lamentations “inspiring,” but I admit that mine is pretty dark. But under the circumstances, what else could it be? I’d like to think that the final verse is as optimistic as it could possibly be under the circumstances:
If there is anyone left
In this new diaspora
I beg of you do not come
To our rescue for
We are no more.
And if you pray
Do not ask for return
There is no way back.
Do not long for your days
As they were before.
Just keep fighting
For the world that
Somehow still might be.