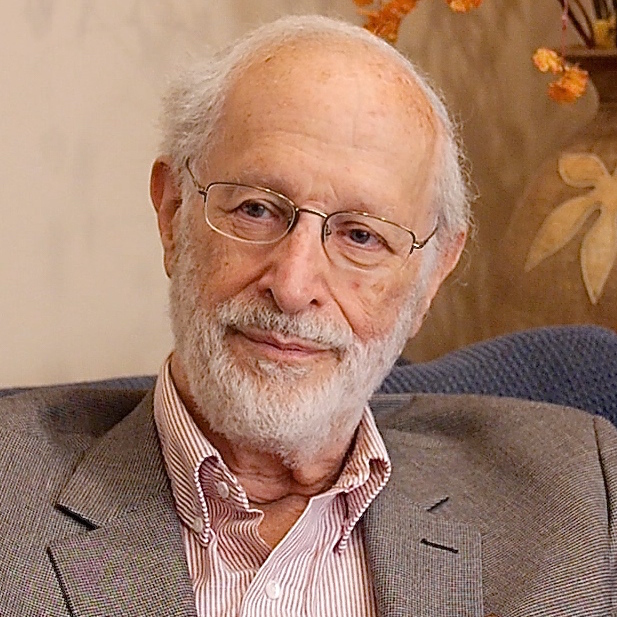 Arthur Obermayer, a beloved Boston–based entrepreneur and philanthropist, died on January 10, 2016 at age 84. Among his passionate involvements was the 26 years he dedicated to the pursuit of peace and justice for Israelis and Palestinians. Obermayer was most proud of his prescient understanding of the centrality of politics in resolving this seemingly intractable conflict and, indeed, he was a trailblazer.
I came to know Arthur Obermayer when he became active with Brit Tzedek v’Shalom in 2003 and learned about the much longer trajectory of his activism in an interview I conducted with him for the American Jewish Peace Archive on September 16, 2013.
Obermayer’s first trip to Israel in 1951 set the stage for his future involvement. He recalls that while his family was impressed by the accomplishments of the country’s Jewish founders, they found the living conditions of Arabs “very primitive” and questioned why Israelis were upgrading Jewish neighborhoods but not those of Arabs.
A 1983 family trip to Israel rekindled Obermayer’s interest. The following year, he and his wife Judith Obermayer hosted the nascent New Israel Fund for their first event in Boston. Obermayer was especially interested in their work for equal rights for Israel’s Arab population.

What became very obvious to us was that Jews in Israel generally didn’t know any Arabs.  If they did, it was Arabs who were their servants, not Arabs who were on an equal footing — who they’d be willing to deal with in business or connect with socially.”

Obermayer went on a tour of Israel and Egypt in 1989 that left him with a sense that “there was a real possibility of peace between the Israelis and the Arabs.” It was then that, in his words, “I became a real activist.”
Obermayer’s experience on the speech writing staff of the McGovern presidential campaign led him to realize “how much more can potentially be accomplished through the political process as compared with philanthropy” and concluded that the same principle applied to Israel. [pullquote] After determining that the Israeli Ratz Party (a forerunner to the Meretz Party) most closely reflected his views, in 1989 he set out to build a support organization for the party in the U.S.
[/pullquote]He designed a legal structure for a political arm, American Friends of Ratz, and a charitable arm called the Education Fund for Israeli Civil Rights and Peace. Obermayer became the group’s president and board chairman.
When Ratz merged with the Mapam and Shinui parties to form Meretz as a unified political party in 1997, American Friends of Ratz merged with Americans for Progressive Israel (the American group associated with Mapam). The new organization became known as Meretz USA (changing its name to Partners for Progressive Israel in 2011).
Obermayer traveled periodically to meet with Israeli political leaders and helped set up meetings for Members of Knesset when they visited the U.S. “Our goal” said Obermayer, “was to organize people to support these political parties in Israel.” Even though a lot of American Jews didn’t believe that they should interfere with Israeli politics, because they weren’t Israelis, “they felt that supporting a political party was a perfectly reasonable and appropriate thing to do, just as they would support a political party in the United States.”
In 1989 Obermayer founded the American Editorial Review. He sent biweekly collections of Israel-related editorials and op-ed columns from major American newspapers to 150 Israeli opinion leaders, academics, business executives, and Members of Knesset to help them understand how Americans viewed events in the Middle East. “I had very much of a political agenda,” said Obermayer, “I wanted Israelis to be exposed to another side.” He particularly wanted those “on the right to respond, to react, to read…” In fact, said Obermayer, “my principal goal really was to reach the people on the right…and I was fairly successful at this.”

Over the years, I’ve had a lot of contact with politicians… and they keep saying, ‘I’m glad to hear from you, but if you can develop a constituency, that’s the way you will succeed, and get some action.’ The politician will respond much better to a large group of people than to one person coming in.  Even though in principle they may agree, it’s the large numbers that have a major influence.

“I found that …perhaps the first national organization that was politically…as opposed to philanthropically oriented was Brit Tzedek v’Shalom. I became involved with it at a relatively early stage, because I felt that it was headed in just the right direction in building a large constituency…
“When J Street started, within the first month I became involved… I really liked what Jeremy Ben-Ami was planning and the way he was doing it…To this day, I feel that he is one of the best political strategists I’ve ever known…He built an organization of people who were well-focused on a particular goal and how to achieve it.” Obermayer went on to serve on the J Street Advisory Council and National Finance Committee.

My advice is to think carefully about how you make use of the political system – what is effective and what isn’t. Sometimes activists can do things that are counterproductive, and you have to be very selective in how you use your energies. Recognize that your goal is to influence other people; preaching to the converted has much less value, you want to bring in other people… who don’t already share your views and values. You need to enlarge the circle, enlarge the community…”

In conclusion, Obermayer doesn’t think that his time pursuing “a peace agenda in Israel…has been poorly spent, because it had to be done as an American Jew…I have a connection with Israel, which I can’t really ignore…What I feel good about is that I’ve tried… to do something which I think is important, and I’ve put forth my best effort.” May his memory be for a blessing.
Special thanks to Ralph Seliger for his editing assistance.

One thought on “Farewell to Trailblazing Activist Arthur Obermayer”