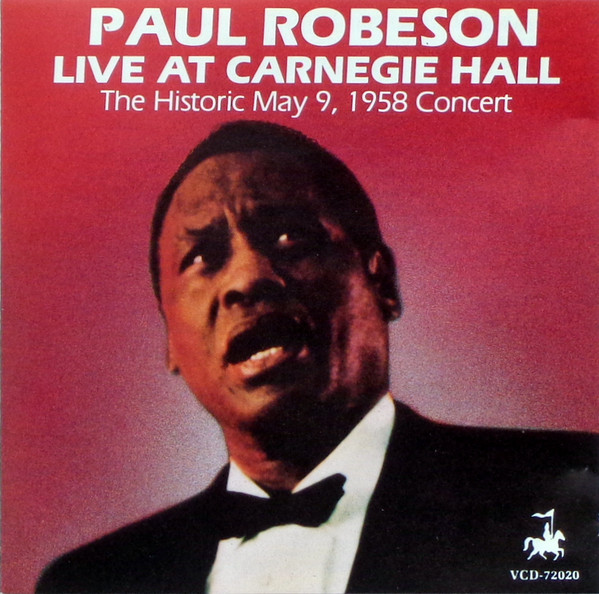 In defense of “Go Down Moses” at the seder

The discussion of whether singing “Go Down Moses” at the seder is appropriation seems to be missing some important historical context.

How did the song become popularized? How did it make its way to the seder table? Which Haggadot incorporated it?

I’d love to see real research on this, but I’d be willing to bet that that it owes a lot to Paul Robeson.

Paul Robeson seems to have first recorded it in 1945  and it’s included on his 1958 album “Live at Carnegie Hall.” That album also included “Old Man River,” but also “Joe Hill” and “Chassidic Melody.”

Paul Robeson exemplified the connection between left-wing political activism and the civil rights movement — as well as the heavy involvement of Jews in both endeavors.

It’s not a coincidence that the founder of Asch Records, which collated American folk music of various sorts, was the son of Yiddish novelist Sholem Asch. Nor that Woody Guthrie married the daughter of a Yiddish poet and ended up writing Chanukah songs. (This is the milieu that a very young Robert Zimmerman entered when he became Bob Dylan, before he forswore being the Voice of his Generation circa 1965).

When I went to a JCC sleepaway camp in the midwest in the early 70s, the camp song book was full of Woody Guthrie, Pete Seeger, Bob Dylan, Peter Paul and Mary, and, yes, Paul Robeson.

My guess is that “Go Down Moses” made its way to the seder in the 1970s via kids who learned the song at camp. At least, that’s probably how it made its way to my family’s seders.

It’s easy to criticize the lazy trope of “Heschel and MLK so Jews aren’t racist,” but an alliance between Black activists and Jews was real, from Rosenwald to the drafting of Civil Rights bills at the offices of the Reform movement during the Johnson Administration — with the very Jewish American Communist Party playing a not insignificant role in between.

Anti-semitism never spilled as much blood in America as did anti-Catholicism, but it wasn’t the Catholic hierarchy trying to undermine the notion of the State of Georgia being a state that privileged white voters.

Have I been at seders where discussions of Black freedom took a racist turn? Why yes I have.

The “breakdown” of the Black-Jewish alliance partially reflected the end of shared interests in ending discrimination, particularly when questions of affirmative action and reparations came up. It also reflected real racism among American Jews that was more than just the flip side of a still insufficiently discussed sense of Jewish superiority. I nominate Martin Peretz as the poster child for this trend.

The actual Exodus from Egypt was most likely a myth. But it is a myth that has taken a life of its own, that has empowered other peoples to survive until they could claim their own redemption. Singing “Go Down Moses” is a reminder that, contra singing “Hatikvah,” it’s not only Jewish hopes and prayers that matter in God’s plan.