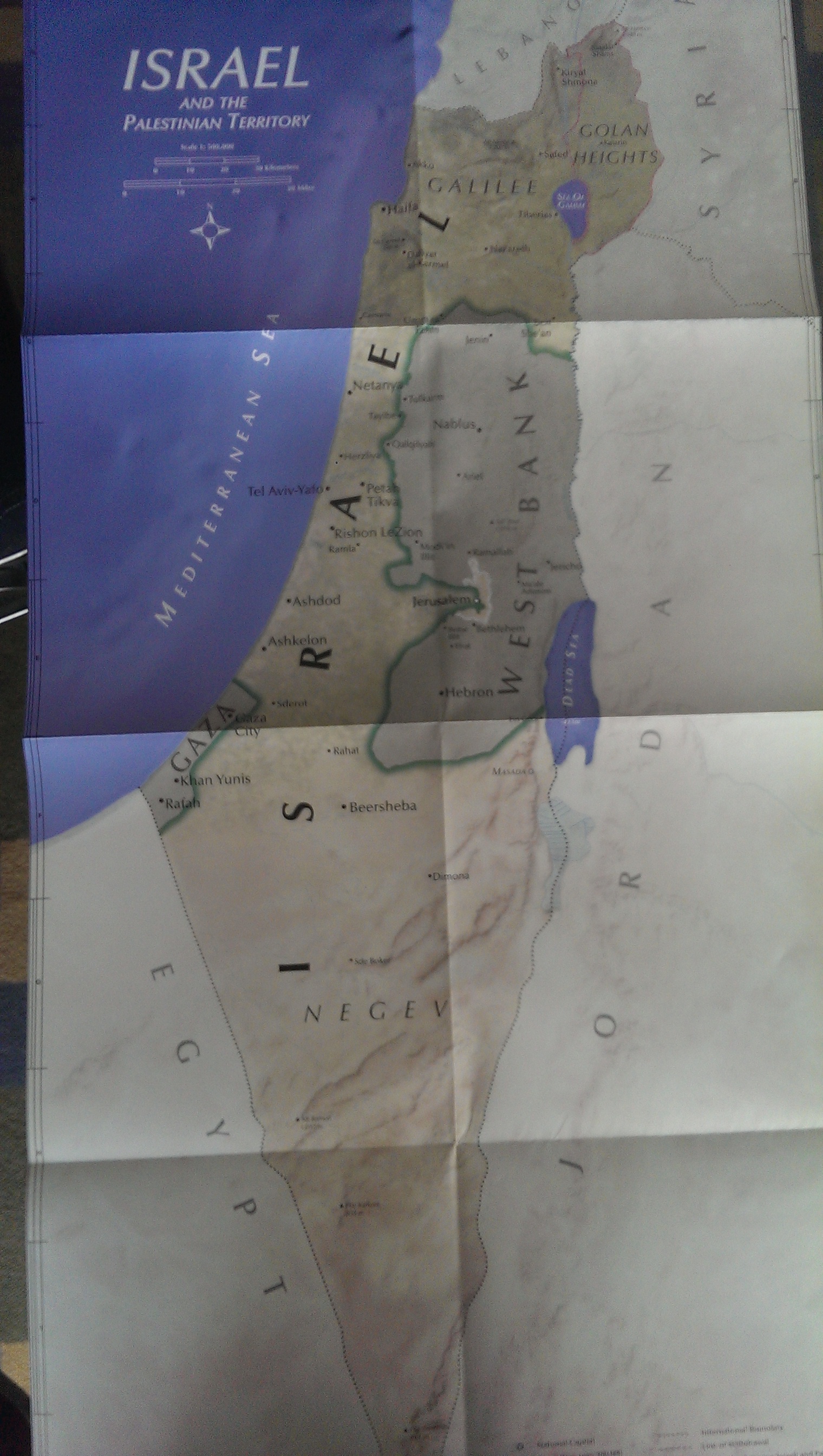 Have you ever noticed that the walls of Jewish communal institutions are covered in gorgeous maps of Israel? There’s a problem with them: our gorgeous maps of Israel tend to deemphasize, or even erase, the Green Line. J Street, it seems, has noticed these maps too. To that end, they’ve handed out thousands of copies of a their own gorgeous map of Israel at this, their fifth annual convention, asking J Street supporters go forth into the Jewish community and get this map out there.
Before I get into it, a quick detour on the role of cartography in social equality:
[youtube http://www.youtube.com/watch?v=LA0BLrLW0PE] Maps are symbolic representations of both objective and subjective realities. For instance, our gorgeous maps of Israel depict the objective physical reality of geographical features like the Jordan River. But they also depict subjective reality: namely, borders. Borders change, borders are disputed — and the borders on a map become part of a constructed, non-physical reality in our minds, a reality just real enough to seriously limit and hem in our own thinking. The borders we’ve chosen to depict on our gorgeous maps of Israel tell a very particular story, a story of a united Israel with no internal divisions — but that’s not exactly a true story.


Here’s some of J Street’s language about all this:

Maps tell an important story about how we see the world. For many American Jews, our understanding of Israel is shaped by the maps we see on the walls of our Hebrew school classrooms and Jewish community centers. What story have we been telling with our maps? When we close our eyes and picture Israel, what does it look like? Have we been forming a picture of Israel as it really is, or perpetuating and illusion?

There’s a lot of talk from the two-state true believers about the unpleasant truths Arab and Jewish leaders are going to have to tell their respective constituencies before peace can come. Maps like this are part of that: it’s unpleasant for many to hear, but the final status of a two-state solution — if such a thing can ever be achieved — is going to rely heavily on the Green Line. Putting visual depictions of that reality before the eyes of American Jewry will go a long way toward showing them the somewhat unpleasant truths that will help build a more absolutely pleasant future.
PS — I just heard that Rabbi Rick Jacobs, president of the Reform Judaism, who addressed last night’s opening conference plenary, has committed to starting a conversation about getting these maps out there in the Jewish community. So there you go: things are looking up already.