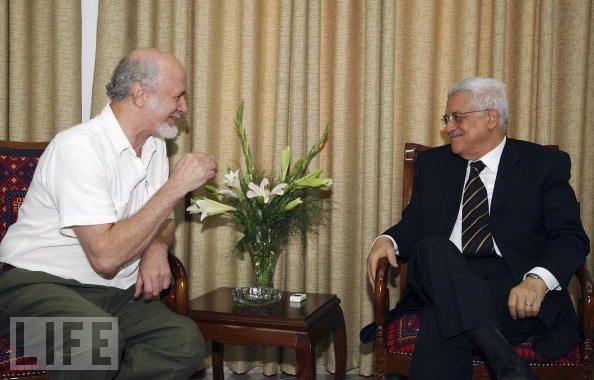 February 26, 2015May 4, 2018 by alizabecker
When the Alliance for Middle East Peace (ALLMEP)  lobbies Congress to preserve $10 million in annual funding for people-to-people peace-building efforts in Israel/Palestine, they have one man to thank – Jerome M. Segal. In 1990, advocacy by The Jewish Peace Lobby, which Segal had founded  a year prior, resulted in the first $100,000 earmark for what was then known as the Palestinian-Israeli Cooperation Project. The Lobby subsequently fought to retain and expand the program. The American Jewish Peace Archive shares his story.
Jerome grew up in the Bronx in a cooperative housing development, in a family that was active in the Yiddish oriented Workmen’s Circle, which emphasized Jewish values of community and social justice. His Israeli-Palestinian peace activism began in 1982 with an ad hoc grassroots peace group that opposed the Israeli invasion of Lebanon, later renamed Washington Area Jews for Israeli-Palestinian Peace (WAJIPP). In addition to serving as president of the Jewish Peace Lobby, he is a Research Scholar at the Department of Philosophy of the University of Maryland.