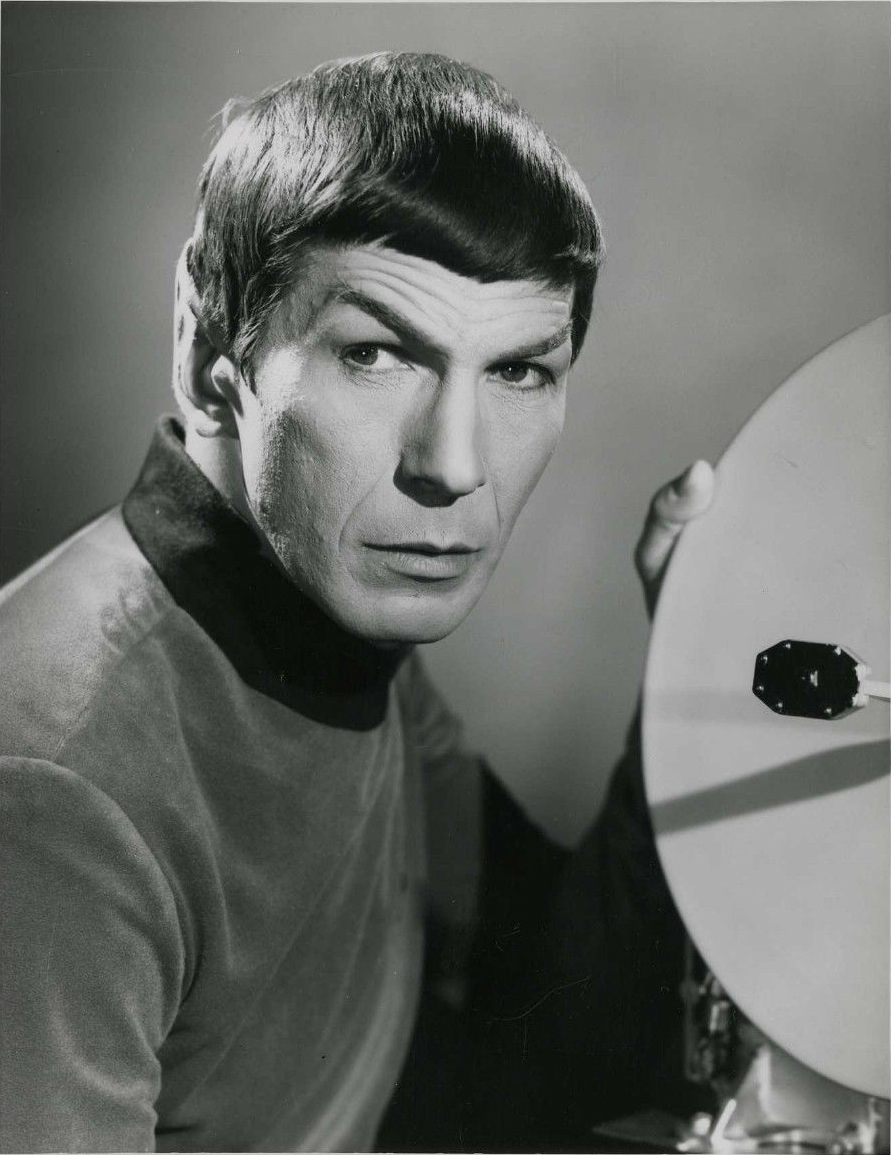 February 27, 2015May 4, 2018 by dlevy
The news of Leonard Nimoy’s passing hit me unexpectedly hard today, so I wanted to take a minute to examine why. As a Jew from Boston, Nimoy’s celebrity loomed large in my upbringing. Besides Star Trek, which was omnipresent in those pre-cable days of UHF syndication, Nimoy was a constant presence in the news. He loaned his voice to the Mugar Omni Theater, the first IMAX theater in Boston, located at the Boston Museum of Science. He published a book of Jewish, erotically charged photos. He narrated documentaries. He directed. He sang. But no matter what else he did, he was first and foremost, always and forever, Mr. Spock.
One of my earliest memories of my family owning a VCR dates to just after the release of Star Trek II: The Wrath of Khan on VHS. Video rental stores were still a relatively new phenomenon in my neighborhood, so they hadn’t quite figured out how many copies of each movie to order when new titles came out. Khan was in demand, so my parents and their friends concocted a scheme by which they passed the same rental copy from family to family, late fees be damned. We’d rather pay the fine than delay seeing this film. Looking back, this is doubly surprising because neither of my parents were Trek fans. The film was just that much of a cultural touchstone at the time. When I was in the fourth grade, I was a pretty hardcore Star Trek nerd. I watched the show, and the cartoon, and when it came along, Next Generation too, although without the characters I loved, it never really held my interest. I played with Star Trek action figures, and I read — no, I devoured Star Trek novels. And while there was a lot about Trek that appealed to me, Spock was always at the center.
Thinking today about why Spock was so special to me, I’ve settled on this: Star Trek presented a future in which difference, for the most part, had been settled. The multiracial nature of the cast wasn’t much commented on in the scripts themselves, and to the extent that happened in the press around some of the original episodes, that had long since been settled by the time I was watching. Spock was different. Spock’s difference was central to his character, and his primary character arc concerned the push and pull between wanting to be a part of the human culture of his mother and wanting to respect the Vulcan culture of his father. The challenge of elevating the human side of his nature when he was so easily put into a Vulcan box (after all, he didn’t look human) was the first time I had ever seen such a conflict played out on screen.
For those of us who at times feel pulled between two worlds, whether that’s Jewish and secular, Jewish and some other faith, gay and straight, black and white, or any number of other things, Spock was a role model indicating that it’s okay to struggle. Identity isn’t easy, even for the smartest guy in the room. And Leonard Nimoy helped many of us understand that not only is that okay — it’s perfectly human.
Baruch Dayan Emet.

One thought on “Leonard Nimoy: An Appreciation.”