The Jewish Emergent Network announced its first project: a national rabbinic fellowship training for the next generation of visionary Jewish leaders. This Fellowship program will place selected early career rabbis into one of the seven participating communities for a two-year period “to immerse talented young clergy in the work of these thriving communities while providing valuable training and mentoring.”
Read the press release here.
Rabbi Lizzi Heydemann founded Network member Mishkan Chicago following her experience working at IKAR under the leadership of Rabbi Sharon Brous.

Having apprenticed at IKAR in Los Angeles, I know the power of a good fellowship– an environment in which a rabbi can be nurtured and trained, mentored and guided as they spread their creative professional wings and develop their own rabbinic voice. I know I wouldn’t have been able to help catalyze the founding of Mishkan without such training.”

The Jewish Emergent Network is a groundbreaking national collaboration between seven independent spiritual communities: — IKAR in Los Angeles, Kavana in Seattle, The Kitchen in San Francisco, Mishkan in Chicago, Sixth & I in Washington, D.C., and Lab/Shul and Romemu in New York City.  Network members share a devotion to revitalizing the field of Jewish engagement, a commitment to approaches both traditionally rooted and creative, and a demonstrated success in attracting unaffiliated and disengage Jews to a rich and meaningful Jewish practice. Each has operated outside of conventional institutional models, rethinking basic assumptions about ritual and spiritual practice, membership models, staff structures, the religious/cultural divide, and physical space. 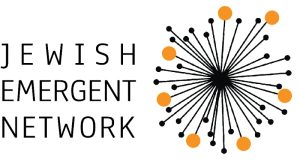