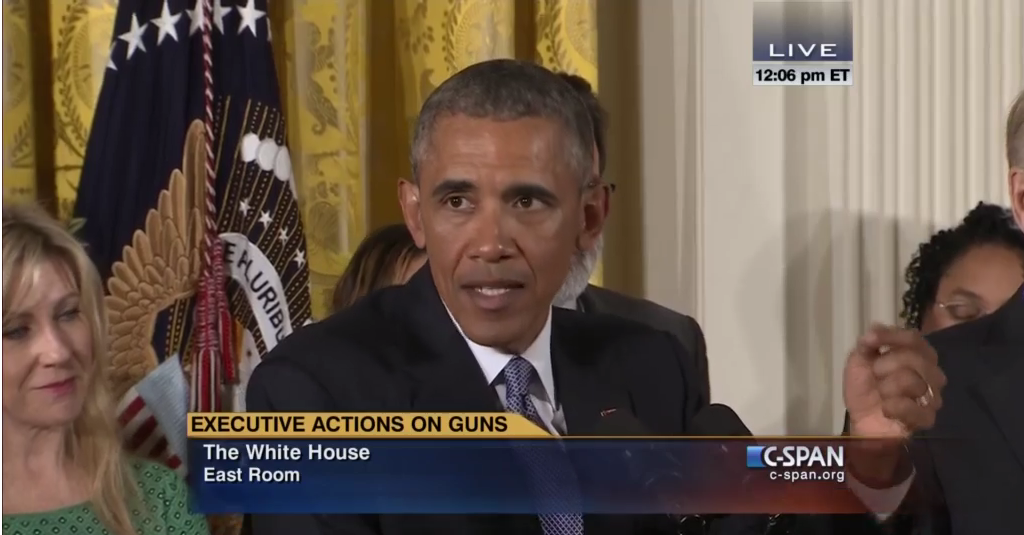 The Central Conference of American Rabbis applauds the President’s decision to use his Executive power to act to reduce gun violence in America.
As the Federal government is the largest purchaser of weapons in the nation, we believe that they should lead the way in demanding changes from the companies that it purchases weapons from. We affirm the idea that when local, state, and federal officials demand these changes, the manufacturers of weapons will respond.
We are proud of our members who have worked with leaders of many faiths across the country to sign on 82 local and state officials to date. We continue to call upon jurisdictions across the country to use their purchasing power in this way.
Today, the President took a step to join them.
We join the President in calling upon the Departments of Defense, Homeland Security, and Justice to research “smart gun” and other gun-safety technologies, and to begin procurement of appropriate gun safety technology for federal personnel.
We support the President’s call for the research, development, and procurement of these technologies, which we believe have the potential to reduce accidental shootings, suicides, and the incidents of officer-involved killings.
We reaffirm our support for the Do Not Stand Idly By campaign, which has been working for nearly three years to marshal the purchasing power of public officials, who collectively buy 40% of the guns in this country each year, to press gun manufacturers to create safer distribution systems and safe gun technology.
We believe that Congress should use its power to act, as well, on this critical issue of our day, and that in its failure to do so, it is failing in its responsibility to keep Americans safe from the scourge of gun violence.
The steps the President announced today are a good start, but there is much more that the President can do.
We call upon the President to press gun manufacturers to create safer distribution networks that can dramatically reduce gun trafficking, and to demand that manufacturers stop doing business with the small percentage of gun dealers who are responsible for the majority of sales of crime guns in America.
Our faith’s tradition calls upon us not to stand idly by while our neighbors bleed. Reducing gun violence requires more than prayer. It requires powerful action. We will work with the President and other public officials to reduce gun violence in America.