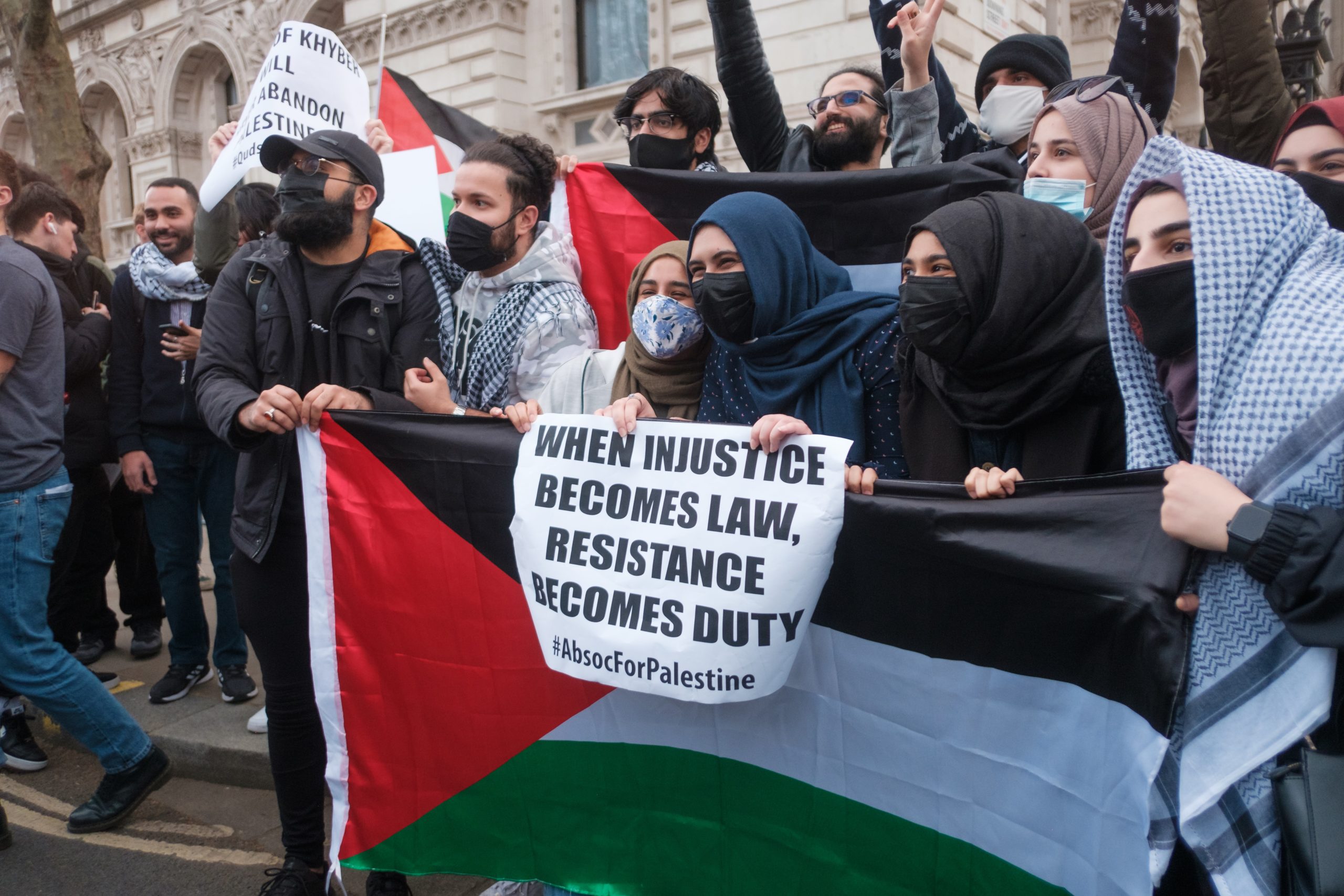 Ilana Sumka is the founding director of Shleimut, founder and past director of the Center for Jewish Nonviolence and past Jerusalem director of Encounter  She is currently finishing a memoir about her life and work in Israel/Palestine.

The Israeli army is bombing Gaza. Again. Rightwing Jewish nationalists are attacking Palestinians in Jerusalem. Again. Jewish Israeli settlers are attempting to evict Palestinians from their homes in Sheikh Jarrah. Again. Still. And Palestinians are fighting back, as oppressed people do, when they are resisting an oppressive power. Again. Still.

And everyone loses. Innocent lives are lost. Trauma built upon past trauma increases.

The Israeli state continues to perpetrate ongoing human rights violations, and far too much of the Jewish world is silent. Again. Still.

I understand the Jewish community’s reluctance to deal with this, but it’s time to bravely end our silence.

I understand, because when I moved to Israel in 2004, I was hoping to bury my head in Jewish text studies and spiritual Shabbat dinners. But when I witnessed the violent realities of the occupation first hand – a Palestinian grandfather humiliated at a checkpoint by teenage Israeli soldiers; a Palestinian mother unable to obtain medical care for her son because of Israeli restrictions on their travel – I knew I had to get involved. Since then, I have been involved in education and activism to help the Jewish community apply the Jewish value of tzedek, justice, to what is happening in Israel/Palestine.

Meanwhile, over the last two decades I’ve watched as the American Jewish community has experienced an important, exponential increase in Jewish organizations committed to social justice, ranging from LGBTQ inclusion to working for racial justice. The phrase tikkun olam, used today to refer to the healing of the world, has become a common catch phrase in synagogues and JCCs doing the admirable work of striving to address domestic and international injustices. But there’s one issue that has been noticeably absent from most tikkun olam platforms: Israel/Palestine.

With the exception of about a dozen organizations, including Jewish Voice for Peace, IfNotNow and the members of the Progressive Israel Network, the vast majority of the American Jewish community does not work to lift up justice in Israel/Palestine.

It’s time for that to change. It’s time for the Jewish community to do the challenging, essential, and ultimately rewarding work of addressing Israel through a tikkun olam framework.

It’s time because Palestinians in East Jerusalem, the West Bank, and Gaza have been living under Israeli occupation for more than half a century. It’s time because the rightwing policies of the Israeli government, and in particular the Nation-State Law which asserts Jewish supremacy over Palestinian citizens, have further entrenched racism in Israeli society. And it’s time because Israel’s leading human rights organization, B’Tselem, and Human Rights Watch both issued reports this year describing Israeli rule from the Jordan River to the Mediterranean Sea as apartheid, echoing what many Palestinians have said for years. It is unavoidably clear that the values of tikkun olam are not being upheld in Israel.

Palestinians living under Israeli rule have a right to justice, and the integrity of Jews who work to uphold tikkun olam depends upon the consistent application of those values – especially when it comes to applying them to the actions of our own people.

Taking a progressive position on Israel/Palestine does not require a complete shift of a synagogue or organization’s priorities. Rather, it means expanding a platform. A progressive position entails supporting human rights for all; unequivocal opposition to the occupation of the West Bank, East Jerusalem and Gaza; and a commitment to the full equality and shared humanity of Palestinians and Israelis, regardless of the specific contours of a future political agreement.

A position informed by tzedek on Israel/Palestine would enable synagogues and Jewish organizations to speak out in moments like this, to denounce Israeli settler efforts to evict Palestinians and to denounce the Israeli army’s bomb attacks on Gaza. Instead, we hear a resounding silence.

Through a new initiative called Shleimut/Wholeness, I’m working with longtime activists and educators to support Jewish organizations to embrace a progressive position by offering clear and accessible educational processes on the dynamics of Israel/Palestine through a justice-based lens; by providing spiritual sustenance and emotional support in deep recognition of the wounds that have accumulated over millennia of anti-Jewish oppression; and by leading delegations of Jews on the ground to meet the real people who live the realities of Israel/Palestine.

When Jews with a commitment to healing the world face what’s happening in Israel/Palestine, not only do we increase the chances of justice and peace for Palestinians and Israelis, we embrace our own shleimut, our own wholeness, as Jews, as individuals, as a people.

Jews are not the only ones being called to apply our values of tzedek, justice, in Israel/Palestine. Earlier this year, Marc Lamont Hill and Mitchell Plitnick, leading American progressive voices, published a book titled Except For Palestine: The Limits of Progressive Politics, arguing that all progressives and liberals must integrate the issue of Palestinian rights in their agendas.

In a 2019 New York Times op-ed by Michelle Alexander, civil rights leader and author of The New Jim Crow, she poignantly described the dilemma of addressing Israel/Palestine: “Many civil rights activists and organizations have remained silent…not because they lack concern or sympathy for the Palestinian people, but because they fear loss of funding from foundations, and false charges of anti-Semitism… I aim to speak with greater courage and conviction about injustices beyond our borders, particularly those that are funded by our government, and stand in solidarity with struggles for democracy and freedom. My conscience leaves me no other choice.”

As she predicted, she was vehemently attacked by the rightwing Jewish American establishment.

By avoiding Israel, it means we play a limited role as allies when today’s prominent civil rights leaders – like Angela Davis and Congresswoman Rashida Tlaib – are criticized by the Jewish rightwing, who are in fact in the minority but much more vocal. If Michelle Alexander can take the risk of speaking out on Israel/Palestine, so can we.

I know that fears about loss of funding, divided membership, distraction from other issues, alongside fear of ostracization within the Jewish community keep many synagogues and Jewish organizations on the sidelines when it comes to Israel. But it is imperative that we overcome these barriers – with compassion and determination – that prevent us from acting.

The Israel that many of us were raised to believe is being lost to increased militarization and racism. A peaceful future based on equality and justice in Israel/Palestine needs the attention of all American Jews who are committed to tikkun olam. It’s time.

One thought on “Jewish Israeli Violence Against Palestinians, Again. Still.”