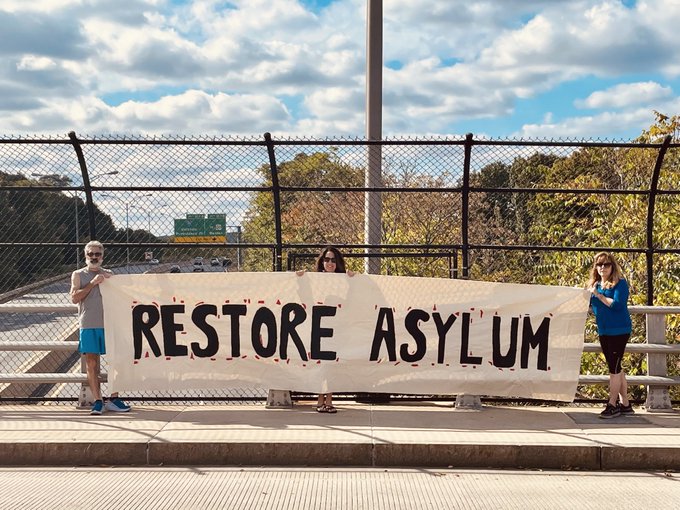 Dr. Sugarman is a family medicine physician who is experienced in the treatment of torture survivors.
Dr. Berger is a primary care physician part of whose practice centers on undocumented immigrants

Thousands of people are fleeing from brutal violence and grinding poverty, and seek asylum at the gates of the US. Our gates are shut and our policies show a hardened heart. What should US Jewish leadership be saying at this moment?

Many of us were vocal about immigration policies during the last presidential election. But in our relief at getting rid of one particularly malignant figure, we might have let our guard down. We might ask this question when considering a Jewish response: What matters more to the plight of the vulnerable, policies or personalities?

In the first verses of the Book of Exodus, we learn that “a new king arose over Egypt  who did not know Joseph.” (Exodus 1:8). The Babylonian Talmud records a dispute between Rav and Shmuel  about the meaning of “new”: Rav said, literally new; Shmuel said, his decrees were renewed (BT Eruvin 53b and parallels). Rashi further adds that the king “acted as if he did not know Joseph.”

The Biden administration has renewed Trump-era immigration policies as if its electoral promises promising humane treatment of migrants were never made. Title 42, a Public Health Services administrative law, is still being used as a cudgel against immigrants, just like under Trump, the claim being that the Covid pandemic requires closing our border. Such a claim is false both empirically (from a public health perspective) and morally. Further, the Biden administration has meekly failed to end the so-called Remain in Mexico program. The US is actively working with Mexico to deny migrants their right to seek asylum.

As descendants of Joseph, as “those who cross the border” (one meaning of “Hebrews”), we call on US Jews, leaders, and organizations to sign this letter as part of a campaign against the above policies.

We are working closely with Welcome With Dignity, a large national coalition of about 60 organizations (including HIAS, Jewish Family Service of San Diego, and our group, Doctors for Camp Closure. The letter’s writing and distribution has been led by Jewish Activists for Immigration Justice of Western MA.

Welcome With Dignity is planning a Week of Action  from Nov. 15 – Nov. 20 to call for an immediate end to Title 42 and MPP.  Doctors For Camp Closure, will deliver the Jewish community letter to DHS and the CDC as part of an action in Washington DC that week, along with letters from medical professionals speaking out against these policies.

We are hoping that you will sign the letter, either as an organization, or as an individual clergy member or Jewish community leader and share it with other groups and Jewish leaders in your network!  We want to get as many signatures as possible by the end of the day on Nov. 11.