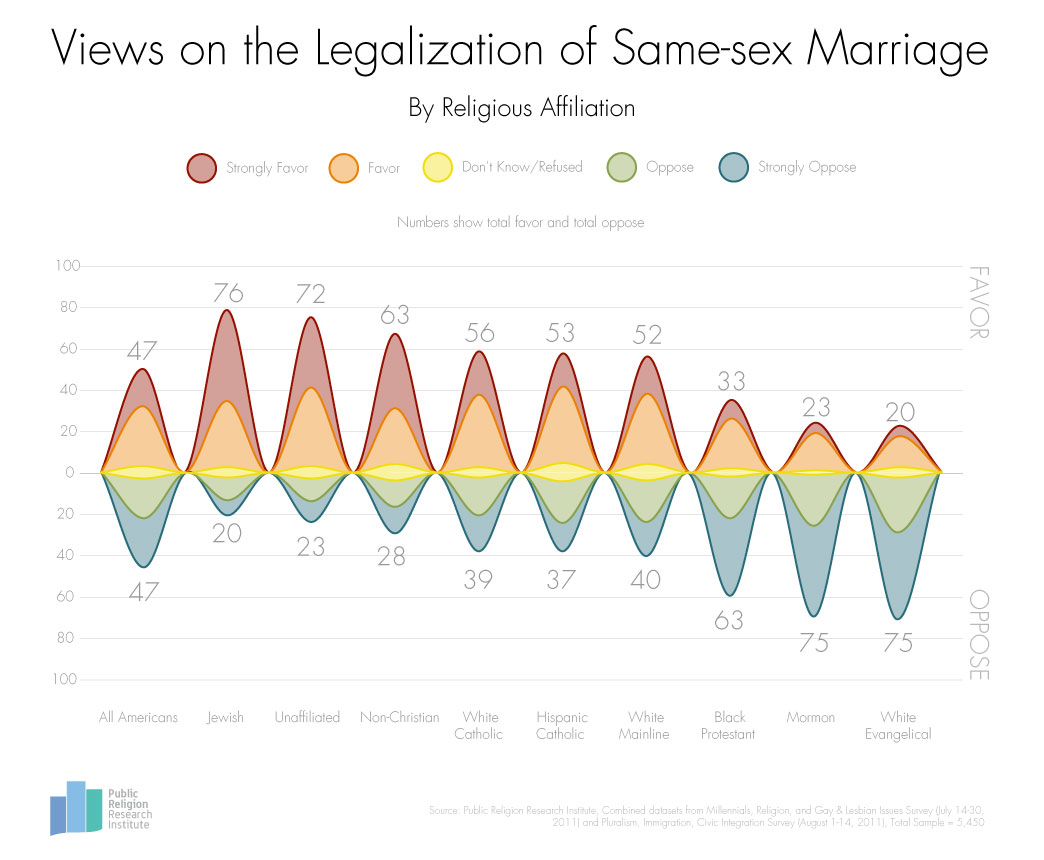 You can’t really see it, but from left to right it’s:
All Americans, Jewish, Unaffiliated, Non-Christian, White Catholic, Hispanic Catholic, White Mainline, Black Protestant, Mormon, White Evangelical (interesting choice of groups that is)…
I mean, even accounting for the fact that most Jews are, well, liberal and/or Liberal, that’s still 4% more in favor than “Unaffiliated.”
Correlation?
And, in the spirit of things, here is a quote:
“You’re saying, no, the state said two kinds of marriage. The full marriage, and then this sort of skim milk marriage.” –Ruth Ginsburg

3 thoughts on “Jews and Marriage Equality”