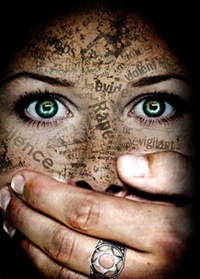 The JTA has just released a special feature entitled “Reining in Abuse” which focuses on sexual abuse scandals in the Jewish community.

You can read everything online or download a PDF of the whole package.
The articles are jbloggerific, in that they demonstrate just how important a role Jewish bloggers have played in putting this issue on the communal agenda:

The Awareness Center’s outing of alleged and confirmed abusers has inspired an army of Jewish bloggers eager to discuss the topic. Their anonymous postings appear on Web sites such as the Unorthodox Jew, the Canonist, Jewishwhistleblower.blogspot.com and Lukeford.net.
“In the Orthodox community it is much harder to be heard, so people go online instead of going to police and the rabbi,” said a woman now living in Israel who reported being abused as a child by her father, an American rabbi who is principal of an Orthodox school on the Eastern seaboard. “The blogs are safe for survivors.”
The Awareness Center and the bloggers not only have brought this sensitive subject to the attention of a wide audience, they have also stirred up considerable controversy over issues of fairness, attribution and transparency.
“The blogorai, as I call it, is the new way of making irresponsible accusations,” charged Rabbi Avi Shafran, spokesman for the fervently Orthodox advocacy organization Agudath Israel. “Using a blog is a very easy and effective way of casting aspersions on people.”
Blau said blogs are a mixed blessing.
“Since they are anonymous, they can say almost anything,” he said. “On the other hand, until the community is more willing to deal with issues, I can understand why writers won’t reveal their identity.”