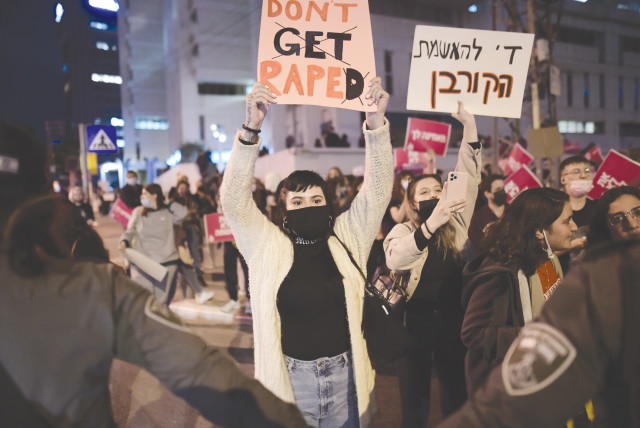 On March 9, a bill introduced by Yesh Atid MK Meirav Ben-Ari passed unanimously in the Knesset,  ensuring that rape kits from Israeli sexual assault victims will be preserved for 50 years, and to give victims the opportunity to see the evidence the kits reveal, such as the identity of an assailant, support an account of what happened, and exonerate the falsely accused. This move, which will become law, is a huge deal for those who have experienced sexual assault, because it allows them to use the evidence later, should they decide to press charges.

Before the passage of this bill, rape kits were kept for a period of three months before they were destroyed, forcing a brief timeline on survivors who may not yet have a sense of how they want to proceed post-assault.  The Lobby for the War on Sexual Violence, under the leadership of director Yael Scherer, a civilian organization that lobbies the Knesset for legislative policy change, has been working on the issue of rape kits, along with others faced by sexual assault survivors, since 2016.

In the US, there are an estimated 100,000 untested rape kits (probably more) referred to as a “backlog.” This means there thousands of victims who may never see anything resembling justice, as well as an untold number of serial rapists escaping prosecution. To learn more about how many there are in your state, and what you can do about it, visit End the Backlog.