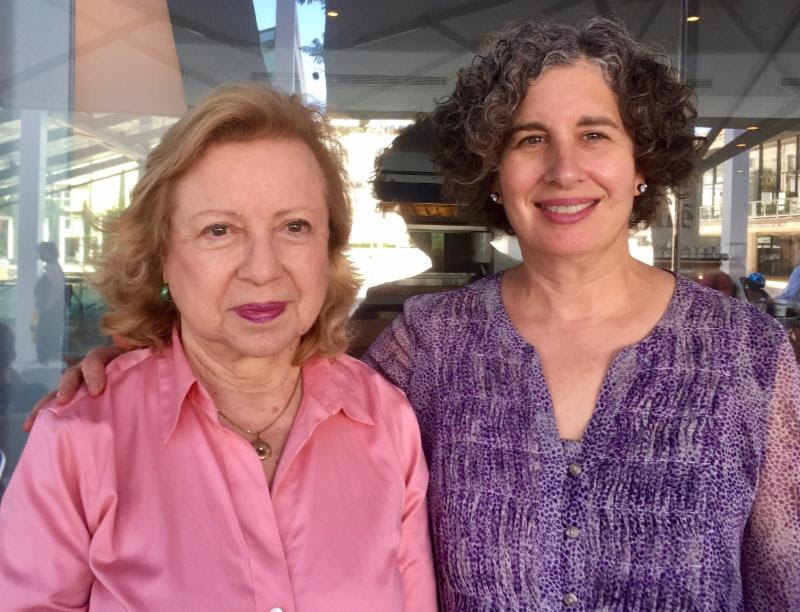 The Kotel Crisis and Oslo Memories

Underlying the recent reporting on the Israel-Diaspora crisis over the cancellation of an egalitarian prayer space at the Western Wall is the assumption that public disagreement between mainstream American Jewish leaders and the Israeli government is something extraordinary, and, according to some, traitorous. However, reading the news coverage of this issue, I was reminded of my recent interview with former diplomat and Member of Knesset Colette Avital, who spoke about the right-wing American Jewish community’s vocal opposition to the Israeli government during the 1990s.
Excerpted below are segments from her May 2017 AJPA interview in Tel Aviv, in which she recounted her experiences with the American Jewish community while serving as Israeli Consul General for New York from 1992 to 1996.

When the Oslo process started, for me it was a watershed. It was everything that I had dreamed of. But because we had for so many years indoctrinated American Jews that Arafat is a terrorist and a murderer, many thought we were completely out of line.  I think that sometimes Jews who live far away from Israel feel they don’t pay the price for its survival like those on the front lines. So they find it easier to be ‘patriotic’ and protective of Israel. There is also a feeling of guilt that nobody spoke up during the Holocaust, and now we have to speak up when we feel there is danger…

While promoting the Israeli government’s dovish positions, Avital was pelted by eggs, tomatoes, and what have you by “a very extreme right-wing group of Jews” who regularly disrupted her public talks. There were frequent demonstrations against the Rabin government in front of the New York Israeli Consulate, and Avital had to hire a bodyguard for protection in synagogues.

The worst part was to see Rabin, who was such a hero and a military man, treated as a traitor, as irresponsible. American Jews felt that they understood better than we did. That was very difficult to take…

The Conference of Presidents [of Major Jewish Organizations] couldn’t be too obviously oppositional, because they were supposed to be in tune with the policy of the government of Israel. But they made it known that they didn’t like what I was saying. A year after Oslo, when we wanted to have the Conference of Presidents put an ad in The New York Times in support of the peace process, and in support of the government, we couldn’t get the Conference to do it. After back and forth negotiations, they agreed to an ad that said: “Mr. Prime Minister, we wish you a Happy New Year”…

To make up for a lack of American Jewish organizational backing, Rabin had the idea to develop an American support group for the Israeli government and the peace process. We called it the Israel Policy Forum. At the same time a number of Jewish organizations supporting the peace process came forward, published an ad, and continued to meet periodically..

In 1995, some Israeli rabbis from a settlement asked for an opinion from a beit din [rabbinic court] of rabbis in New York led by Rabbi Abraham Hecht. He held a press conference and made a statement that for the Prime Minister to decide to give up parts of the land is din moser [a judgment of ethics], which in the religious context means that somebody has to be killed. When the demonstrations against Oslo began in Israel, there were almost immediately demonstrations in front of the Israeli Consulate [in New York].

How can somebody in New York decide that the Prime Minister of Israel has to be killed? I pled with the with the New York Jewish establishment to take a firm stand against this incitement to violence, but many were hesitant. Worst of all, Rabin didn’t take it seriously….

At one time, I had suggested to Mike Wallace that he do a feature on 60 Minutes about Kahane kids taking up arms in militia training camps in upstate New York. After he filmed the item, he asked me live on camera, “Do you think that there can be a political murder in Israel?” I responded affirmatively. The Jewish community was up in arms after it was broadcast. Yitzhak Rabin called me demanding to know how I could say such a thing. I said, “I think there can be nut, a meshuga [crazy] that can do that.”

Then, a few months later, Dr. Baruch Goldstein went into the Cave of Machpelah in Hebron and killed 29 Palestinian Muslims while they were praying. Mike Wallace called me up and said, “You must have known something. You must be from the Mossad.” He introduced another interview with me with these words: “Colette Avital said a few months ago that there can be a political assassination. She knew what she was saying.” At that point, a prominent leader of the community called me and told me the interview was a shanda [disgrace]. How can you speak like that?”

Then Rabin was assassinated on November 4, 1995. Nobody said anything more to me after that, but I could feel the tension in the air.

Because in recent years, with Netanyahu in office, there has been little reason for right-wing American Jews to be publicly critical, we might have forgotten this history. But looking back, it is clear that the unspoken etiquette that calls on Diaspora Jewry to demonstrate uncritical support for the standing Israeli government hasn’t stopped right-wing American Jews in the past, especially during the Oslo period. And it shouldn’t stop progressive American Jews in the present, with regard to the Kotel or any other issue.