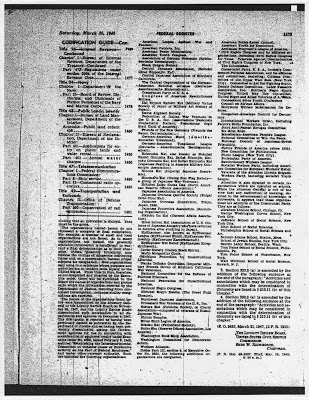 Mechanics of the Blacklist, Part 1

I’ve had Communists on the brain the last couple of weeks. On November 7, I gave my lecture, Mechanics of the Blacklist, 1946-1954, as part of the Jewish Currents Morris U. Schappes lecture series. Jewish Currents is the magazine for which I am a regular contributor. It started publishing in 1946 as Jewish Life. Back then, Jewish Life was published by the Morgn Freiheit, the Yiddish language Communist newspaper. Morris Schappes was the editor of Jewish Life and its second incarnation, Jewish Currents. Today, Jewish Currents is published by the Workmen’s Circle, an interesting development seeing as the politics of the two organizations have been at odds for a very long time. (Workmen’s Circle or Arbeter Ring has been passionately anti-Communist since they pushed the Communists out of the organization in the 1920s.)
Given that I’ve been writing for Currents for almost three years, I’ve become very interested in the trajectory of Yiddish Communists in this country. Two summers ago I gave a talk on the history of Currents in the context of other Jewish and radical magazines. I learned some pretty interesting things about Jewish radicals, and human nature. But that’s for another post. (Or you can hire me to give my talk about Jewish Currents.)
But I wasn’t interested in the topic of blacklisting until I saw The Front last year. As a movie it’s kind of a failure, but as a topic, it’s fascinating. Woody Allen plays a nebbishy bartender (I know, get out!) who gets drawn into a scheme to act as a ‘front’ for blacklisted writers in the 1959s. Back in those days of ‘McCarthyism’ and Communist persecution, a writer who had been identified as a Communist, or a sympathizer, or a dupe, or a fellow traveler, would find him or herself unemployable at all of the major networks and studios. In ‘The Front’, these blacklisted writers use Woody to sell their scripts and Woody, for putting his name on the work, gets a cut. Hijinks ensue.
The coolest part of the movie is that much of the talent involved with it (it was made in 1976) was in fact blacklisted during that time. Zero Mostel gives a particularly riveting performance as a comic who can’t get work, and in the end, is driven to desperate measures.
It was one of Zero’s scene which caught my attention. Desperate to work again, Hecky Green (Mostel) tries to defend himself against allegations that he is a Communist. He meets with an FBI agent and pleads for help. Pathetically, he explains, on his knees, that the only reason he went to that May Day parade (which is what got him on the blacklist) was his desire to nail one of the chicks who was marching.
Ultimately unable to clear his name, and unable to work, Hecky jumps out a window. His tragic death is based on the death of Philip Loeb, the real life actor (the Goldbergs) who was also persecuted for supposed Communism and, with nowhere to go, ended his life by jumping out a window.
I had heard about the blacklist before, but I never thought to wonder how exactly it was promulgated, or enforced. As portrayed in The Front, it appeared to be something nebulous, a government taking without opportunity for a hearing and without appeal. I started to wonder about the due process implications and the government’s ability to destroy lives based not on concrete charges but on rumor and whisper.
Our government has a long history of persecution of Communists, starting with the Palmer Raids of 1919. I mention these only because it was a large scale, systematic assault on Communists which ended up with thousands of arrests, and served as a proving ground for a young J. Edgar Hoover.

In 1947, Harry Truman (facing a hostile Congress and other political factors) enacted a piece of legislation which would screen all Federal government employees for ‘loyalty’. One of the grounds for ‘disloyalty’ was membership in a subversive organization. Truman directed that the Attorney General, with the FBI, promulgate a list of subversive organizations for use by the Loyalty Review Board in their determinations. The Attorney General’s List of Subversive Organizations (AGLOSO) came to have far wider import than just its effect on Federal employees.
This is the original AGLOSO as it appeared in the Federal Register. Once a part of the public record, the AGLOSO was seized upon by citizen groups who believed that the government was not aggressive enough in its efforts to protect the country from the ‘Red Menace’.

“There is a vast area of subversive activity still within the law about which neither the FBI nor the Justice Department can do anything. Therefor it remains the civic and patriotic responsibility of individual Americans and their organizations to perform.”

Firing Line magazine, 1949
Firing Line was a publication of the American Legion, a group which never hid its admiration for European fascism or its longing for an authoritarian government here. Firing Line’s sole purpose was to inform readers about Communism, and one aspect of that mission was publishing the names and activities of people whom they believed to be Communists. One of the sources for their information was lists like the AGLOSO. Another source was the House Un-American Activities Committee (HUAC). In addition to the Federal HUAC, 13 state legislatures had their own HUACS. Those, too, were combed for information to be published in Firing Line.
But Firing Line was hardly alone in their efforts. Much more nefariously, a number of for profit businesses opened up shop to investigate and publicize suspected Communists and Communist organizations. One of the most famous was Counterattack, a publication of American Business Consultants. Opened by three former FBI agents, and funded by a wealthy businessman with a passion for fighting Communism, Counterattack was a national publication with wide reaching impact.
This is a page from an issue of Counterattack. American Business Consultants, in addition to selling their newsletter to businesses which sought to rid themselves of Communists, also offered their investigative services to those same businesses. It was a typical racket set up. Someone from ABC would call a business, like an advertising agency, and warn that a particular actor might be named as a Communist and that the ad agency (which was selling ads for a particular show) should hire ABC to investigate and find out of the rumors were true. If they were, and the public found out, a boycott might be organized against that program. But the public would never find out, and organize a protest, unless ABC publicized the rumor. Which they would, if the potential client refused to use their investigative services.
Counterattack was a success, highlighting supposed Communists and Communist organizations of all sorts (especially in unions) but, following the lead of the Federal government and its Hollywood HUAC hearings, American Business Consultants set its sights on Hollywood, too.
In 1952, ABC published Red Channels, a book listing over one hundred alleged Communists working in the entertainment industry. Next to each name would be a number of citation proving that he or she was ‘guilty’. Most of these came from state and Federal HUAC hearings. In addition to government records, ABC would copy names from leftist organization letterheads and petition.
Red Channels (image courtesy of Tamiment Library) Here’s a typical listing from the pages of Red Channels: (image courtesy of Tamiment Library) I chose this page, from the index of suspect organizations, because it includes Jewish Currents (then called Jewish Life.) Jewish Life was in fact a Communist Party affiliated magazine. However, most of the organizations listed were not affilated with the CP, and neither were most of the names in the index.
Here’s the listing for Arthur Miller And while it wasn’t that hard to get yourself blacklisted (being one name among 30,000 on a petition could be enough), it was quite difficult to get oneself off it. The government might be forced to offer some minimal due process protections, either when being fired for ‘disloyalty’ or being tried for subversion or perjury (if one lied to a Communist investigating committee like HUAC).
But ABC, the American Legion, and the hundreds of other members of the army of citizen anti-communist vigilantes, had no use for our Constitutional due process protections. Hecky Green could go and throw himself on the mercy of the blacklisters, but that doesn’t mean that he’ll get a fair hearing.
In part two, I’ll explore a little more about the people who were targeted by this wave of anti-Communist fervor. What did it mean to be a member of the Communist Party? Who joined and why? And why were there so many Jews in the CP?

28 thoughts on “Mechanics of the Blacklist, Part 1”