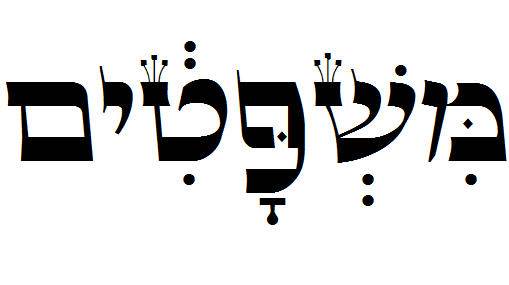 Mishpatim and the Complexity of Justice in a Colonial Context

This week’s Torah portion, Mishpatim, is an outstanding demonstration of the high moral caliber demanded in the Torah. Simultaneously, it offers a framework for the successful colonization of another people’s land. I will argue that these seemingly opposite attitudes not only coexist, but the laws of justice reinforce the effectiveness of colonialism.
Helping an enemy’s animal is a clear act of justice. Justice is understood as being impartial, and requires doing what is right, whether towards a friend or enemy. In helping an enemy’s animal, one seems to have the least chance of receiving anything in return, and can therefore operate from the purest sense of justice, indifferent to personal gain. The animal cannot repay you, and the enemy is unlikely to thank you.
One of the laws in this week’s portion reads, “when you see the ass of your enemy lying under its burden and would refrain from raising it, you must nevertheless raise it with him” (Exodus 23:5). In this commandment, one is practicing justice by relieving the suffering of the animal, and by protecting the animal’s owner from experiencing damage to their property.
The colonization described in the same chapter seems to lack the same element of justness. G-d says to the Jews, “I will drive (the Canaanites) out before you little by little, until you have increased and possess the land” (Exodus 23:30). I believe that this forced expulsion of a people from their native land is unjust. It may seem peculiar that the Torah promotes justice and injustice in the same chapter, but in understanding how colonization operates, the peculiarity is rendered comprehensible.
One can understand the peculiarity of justice and injustice coexisting in colonialism through understanding its gradual nature. G-d says to the Jews, “I will not drive them out before you in a single year, lest the land become desolate and the wild beasts multiply to your hurt” (Exodus 23:30). Colonialism operates slowly so that the native people can protect their land from the dangers of becoming “desolate” and full of “wild beasts.” Keeping the native people around while colonizing their land is also a danger, but it appears to a more palatable danger.
Colonialism evaluates the native people based on their value in preventing their land from becoming endangered. The Canaanites’ value declines in proportion to the multiplication of the colonizer, as once the colonizer multiplies enough, they can replace the native people. The Canaanites are kept around to protect the land for the moment, but only as a placeholder for the incoming Jews.
Justice is dispensed in certain ways to the Canaanites, even though they are losing their land. If the Canaanites are the enemy of the Jewish people, the Jewish people are required by our laws to help the Canaanite people. For example, the law previously mentioned, that one should help relieve an enemy’s animal of her burden, appears applicable to the Canaanites’ animals. The Jews are legally compelled to render justice towards the Canaanites at the same time they are colonizing their land.
This legally mandated justice facilitates colonialism. The protection of the Canaanites’ property prevents them from recognizing the danger to their existence. Oblivious of the danger to their existence, the Canaanites are pacified by the kindness of the Jews, and thereby rendered easier to replace.
Additionally, protecting the Canaanites’ animals helps protect the colonized land. By having animals that are in good working order, the Canaanites can all the more effectively maintain the quality of the land that they will soon be forced to surrender to the Jews. The “justness” of helping an enemy’s animal becomes a means by which the colonizer helps herself, by protecting the land she is colonizing.
Individual just acts in a colonial context are problematized, because while helping one person, they can fail to address the overarching system of injustice, and perhaps reinforce it. Perhaps the Torah offers a solution.
In describing the raising of an animal from its burden, the Torah says “you must nevertheless raise it with him” (Exodus 23:5). This language can be understood as describing the physical act of raising the beleaguered beast, and/or the act of raising one’s enemy. This language of raising one’s enemy can be a safeguard against helping the animal without helping the enemy.
As we engage in our own justice work, it’s important to recognize the impact of our actions in both an immediate and systemic context. To the extent that we are aware of the context of our actions, we can be confident that we are helping and not hurting. With greater awareness of how systems of power like colonialism operate, we can become more effective agents of change. In this way, G-d willing, we can address both the burden on our enemy’s animal, and the burden on our enemy. In this way, may we all be lifted up. Shabbat Shalom.