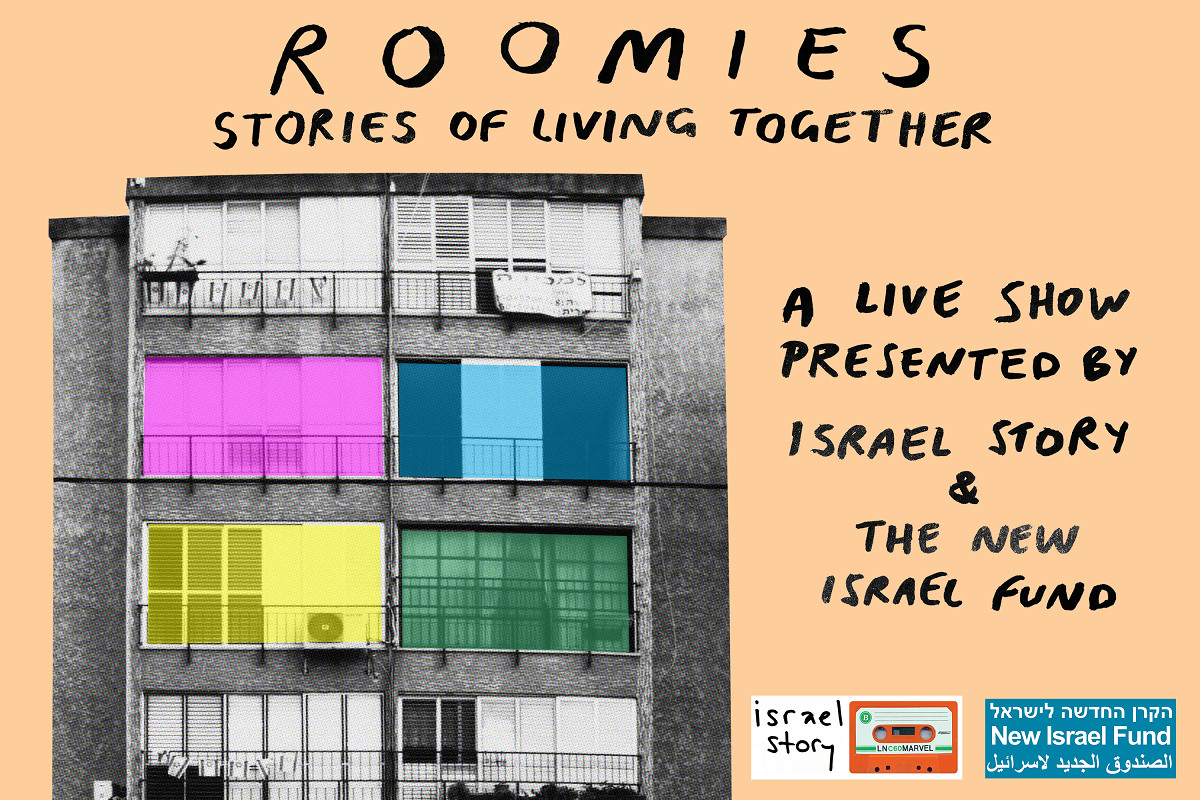 February 24, 2017May 4, 2018 by Kung Fu Jew
[icon-box icon=location width=1/2 align=right] Learn more and buy tickets to live radio shows Roomies: Living Together at israestory.nif.org.
[/icon-box]Ira Glass himself called Israel Story Podcast the “This American Life” of Israel — and in truth, it’s indeed an award-winning podcast that brings to life the many untold stories of Israeli life. It’s not only good, but it’s award-winning stories include the lives of Israel’s minorities.
Take first story in the episode below — they interview the unlikely and high-cost friendship between elder stateswomen Raymonda Tawil, a Palestinian aristocrat, and Ruth Dayan (yes, wife of Moshe Dayan and something of Israel’s Rose Kennedy). Says Ruth in this eposide, “I divorced Moshe because of this Palestinian woman.” And Raymonda eventually had to leave the West Bank, partly because of her friendship with Ruth. “We fight,” says Raymonda, “sometimes we don’t speak for months.” It’s fascinating, it’s almost unbelievable, it’s bittersweet, and it’s inspiring.
[soundcloud url=”https://api.soundcloud.com/tracks/244040642″ params=”color=ff5500&auto_play=false&hide_related=false&show_comments=true&show_user=true&show_reposts=false” width=”100%” height=”166″ iframe=”true” /] Now these stories and new ones are coming to four US cities through a partnership with New Israel Fund, starting this Saturday with Opening Night at the J Street Conference:

In a combination of radio-style storytelling, live collage animation, music, singing, video, and other multimedia magic, Roomies: Living Together tells the stories of Israelis from all over the country. This show will include a combination of previously-performed and never-before-seen stories!
At a time of increased divides, this show deepens the conversation with moving stories of what it means to live together in a shared society.
Learn more at israelstory.nif.org. 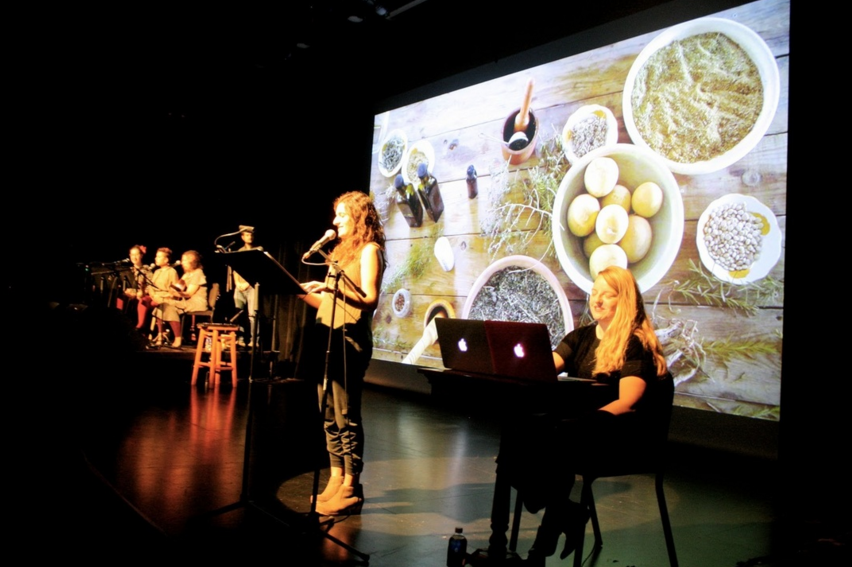