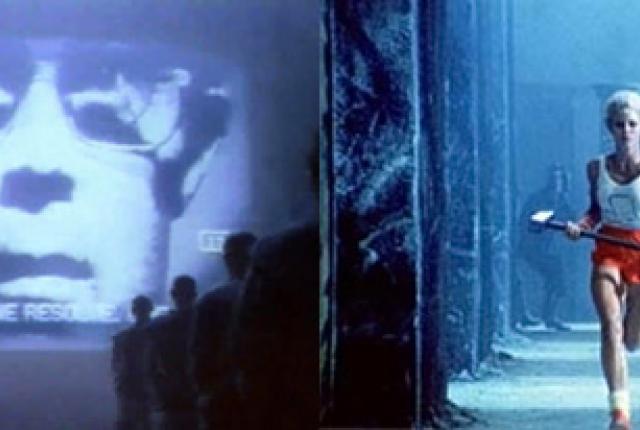 On disruptive technologies and disruption

Disruptive technologies is one of the new business buzzwords of the past decade (actually here HBR has it in an article from 1995). To be perfectly honest, its not new anymore in the business world. I know this because it is now a buzzword in the Jewish nonprofit world. Like other business world discards (“from good to great” comes to mind, and from the outre cliché file “out of the box”) the migration from the business sector to the nonprofit sector seems to have something to do with an ongoing inferiority complex among nonprofits which leads to the idea that business folks know best.

In any event, a so-called “disruptive technology,” is (according to BusinessDictionary.com), “a new way of doing things that disrupt or overturn the traditional business methods and practices. For example, steam engine in the age of sail, and internet in the age of post office mail.” IBM did not see the coming of the ubiquity of the personal computer. Apple did. Therefore Apple ate IBM’s lunch, as it were. IBM was wedded to the expectations of its consumers, and their perceived needs. Apple introduced a whole new technology which disrupted the IBM way of doing business, and convinced millions of people to put more computing power than they could ever use on their desks. This changed the world.

I am not a business expert, but I want to add a demurral here. There is a disruption here only when viewed from the technological side. That is, Apple’s technology was cooler than IBM’s and its machines were sleeker, more elegant, and other things. However, the reason that Apple ate IBM’s lunch has to do with the ways that what they were doing was right in line with IBM. What capitalism does best—and where Apple beat IBM—is manufacturing desire. First there is desire, then there is perceived need, then there is a transfer of capital from consumers to manufacturers. Yes, this is simplistic. However, I contend that it is also true.

Disruptive technology does not disrupt capitalism—it strengthens it.

What does real “disruption” look like? A good rule of thumb is that real disruption has real world resistance. Martin Luther King’s nonviolence was a real disruptive technology. One way you can tell is the number of people who were killed and jailed at nonviolent demonstrations—by the people who the demonstrations were attempting to disrupt, that is the racist police and governments. The labor movement and the creation of unions was also a disruptive technology. Just as during the American Civil Rights movement, Blacks make a courageous choice not to cooperate with the structures of oppression, so too workers, making their own courageous decision, demanded to be given a seat at the table on par with corporations. This latter also resulted in beatings and killings at the hands of the corporations. (see under Pinkerton Detectives)

Mass democratic mobilization—whether around the gross criminality of the financial industry (as in Occupy Wall Street and Occupy LA, etc.), or police shootings of unarmed black and brown men, or the fight for a $15 an hour wage—is disruptive. It signals the unwillingness to collude in society’s indecencies. (“A society is decent if its institutions do not act in ways that give the people under their authority sound reasons to consider themselves humiliated.”)

The question that has been hammering at me is this: [pullquote] Jewish organizations in increasingly desperate attempts to attract those folks who have walked away have decided now that the answer lies in “disruptive technology.” What exactly, I wonder, is being disrupted? And, more importantly, where are the major Jewish organizations when actual disruption is urgently called for?
[/pullquote]

This past week there were massive demonstrations in major cities demanding a$15 an hour minimum wage, there have been ongoing protests about police shootings, there are legislative actions that are being put forward for real, independent, civilian oversight, with muscle, of police departments. Where are the Jewish organizations? Where are the synagogues? Where are the Jews? Are we following in the footsteps of Rabbi Akiva who, in response to the Roman prohibition against teaching Torah, organized mass gatherings in the markets to study Torah? Are we walking with those who being crushed and humiliated by corporate and governmental structures who operate in our name or with our collusion? Or are we just doing marketing?

Wanna do something right now? Walmart shut down 5 stores in different locations across the country, for alleged plumbing problems (which city and county officials who would have to grant permits for major repairs knew nothing about). They laid off all the workers on five hours notice. Call Walmart at 1800-WALMART, get to a human being (somewhere in store experience on the menus) and demand that Walmart rehire all 530 workers fired at the Pico-Rivera store in Los Angeles County; that they get priority in hiring over other workers; that they not have to reapply and thereby lose seniority and benefits.

Here is some background on the Pico-Rivera store which was the site of the first ever strike against Walmart, a CD action this past November, and the home store of a number of the worker leaders of Our Walmart.

One thought on “On disruptive technologies and disruption”