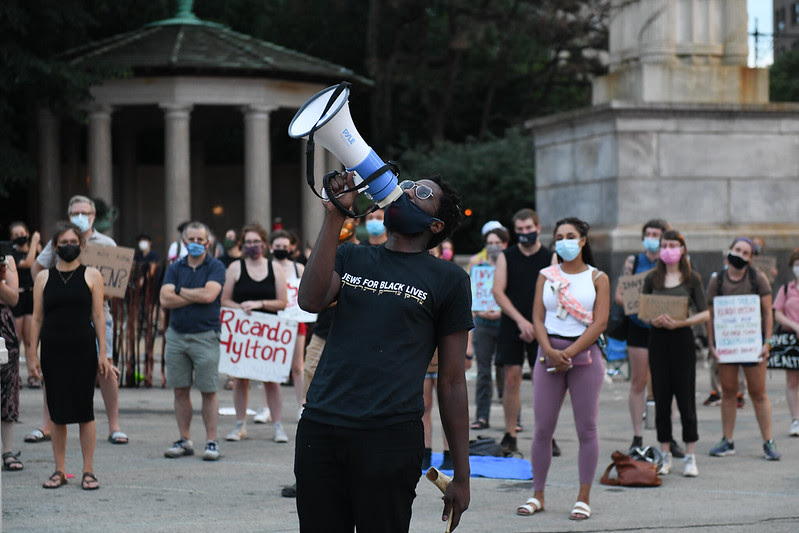 On doing tshuvah in the urgency of now

There is an interesting feature to the mechanics of tshuvah/repair. Maimonides focuses on it in the second half of the second chapter of his Laws of Tshuvah. It is not something new, or hidden, or newly discovered. In fact, every year Jewish day school kids hear about it. In practice though, it is often neglected.

Maimonides discusses the ways that a person might accomplish a complete or perfect repair for transgressions—his example is having forbidden sex with a woman. (The person with agency in this narrative is obviously a man, the concern unfortunately is not for the woman but for whatever the sin was, which could be that she was a menstruant or married to another man, or the like. We also have to do repair for the sin of sexism.) The steps in this process include no longer committing the transgression, removing it from one’s thoughts, intending with full heart to never do the act again, regretting the act, and admitting the sin in words, out loud. Maimonides then lays out, in some detail, specific practices for the penitent to do in order to bring himself to the place where he might be able to say “I am not that other person who sinned.”

Then, in paragraph nine, one reads these words: “Tshuvah and Yom Kippur only atone for sins between a person and God.” So this process up to this point, is not the process for transgressions between people. As the paragraph continues: “However, sins that are between one person and another, such as one who wounds their fellow, or curses their fellow, or steals from their fellow, and the like—that person is not granted atonement until he gives his fellow that which he is obligated and appeases him.” In other words, the whole process of “becoming another person” does not work with another person unless one goes to the other person, and directly repairs the harm with them.

The law continues that even if monetary compensation was paid for a wrong that was done, there is still no atonement until one directly asks forgiveness of the other person.

This is a radical rethinking of religious accountability. Accountability to another person is prior to becoming whole with God. Rabbi Aharon Shmuel Tameres goes one step further and says that the entire purpose of the laws which are between a person and God, is to prepare a person for having deeper relationship with other people.

On a personal level I know I have a lot of work to do. Work that will take not weeks, but years. I won’t bother you with all that, dear reader. What, however, is the work that we have to do as a community? Before we can send our sins symbolically on Yom Kippur out to the wilderness on the back of the scapegoat, what is the communal work that we must do?

Unfortunately, we need not look far to see where we have both unintentionally and maliciously caused harm. We have been part of systems, and supported systems which may have benefited some of us while harming others of us.

Let us be frank. For too long the Jewish community, especially the white Jewish community, has accepted a narrative of survival whose collateral damage has badly impacted Black and Brown people both Jews and non-Jews. Let me illustrate this point.

A few years ago I attended a security briefing hosted at a major synagogue and sponsored by the Federation. The briefer, himself a security consultant and working for a security firm, advised that the goal was to make the synagogue a “hard target.” This is not foreign language in military contexts, and it is not surprising that most, if not all of the security personnel were ex-military and/or ex-police. What was stark and dare I say shocking, in that setting was when the briefer defined “hardening the synagogue as a target” so that a shooter looking to cause harm would pass by this synagogue and go on to the next synagogue or church or mosque.

Is this the value that we want to inculcate in our synagogue community? That we are safe when the danger is passed on to another community? Did not Rabbah say a millennia and half ago: “Who said your blood is redder than their blood?”

When I have spoken about synagogue security with many Rabbis and Executive Directors, almost to a person they have told me stories of their own congregants being profiled by their own security. So when we say, “we need to keep us safe” who is the “we” that is being kept safe? Our survival as a Jewish community is dependent on the solidarity of our whole Jewish community—white, Black, Brown, Asian and on and on. What is being done to make sure that the twelve to fifteen percent of the Jewish community which are Jews of Color have a comfortable and central seat at the Jewish community’s table? How are those of us in the white Jewish community repairing this? How are we “doing sorry” (to borrow Danielle Sered’s term)?

The next circle of responsibility is looking outside the boundaries, the permeable boundaries of the Jewish community. Permeable and overlapping. How are the institutions of the Jewish community standing in solidarity with the Black community? How many synagogues supported the Black Lives Matter movement (BLM)? Last year, right after the George Floyd murders, there was an amazing level of support for BLM. One year later, that support is lower than before the George Floyd murders. Why? Because BLM is supporting a serious policy platform which involves defunding the police and investing in the social, educational, health care, jobs and job training, and mental health services that Black and Brown communities need.

Why defund the police? Because decades of reform have not brought the out of control police departments to heel. Police “unions” protect their members in cases of excessive force and killing. Police contracts (and in states like California, the state constitution) keep officers’ files confidential and hidden so that DAs and prosecutors and families of victims cannot know if a killer cop is a first time killer or a serial offender. A cop fired from one police force for excessive force can move to another town and be rehired. (This is why Kenneth Ross Jr. was murdered by a cop who had been involved in several prior shootings.)

So, as a community we have to ask ourselves: how are we doing sorry? How are we repairing the harm that systemic racism and police violence have inflicted on the Black community? How are we opposing and dismantling white supremacy and anti-Blackness?

Now as we stand before the Days of Awe, can we say that we will act to do repair? That we can come before the Most High with prayer, good deeds, and, most of all tshuvah.

“Here We Are”: A new writing opportunity from Lilith Magazine: