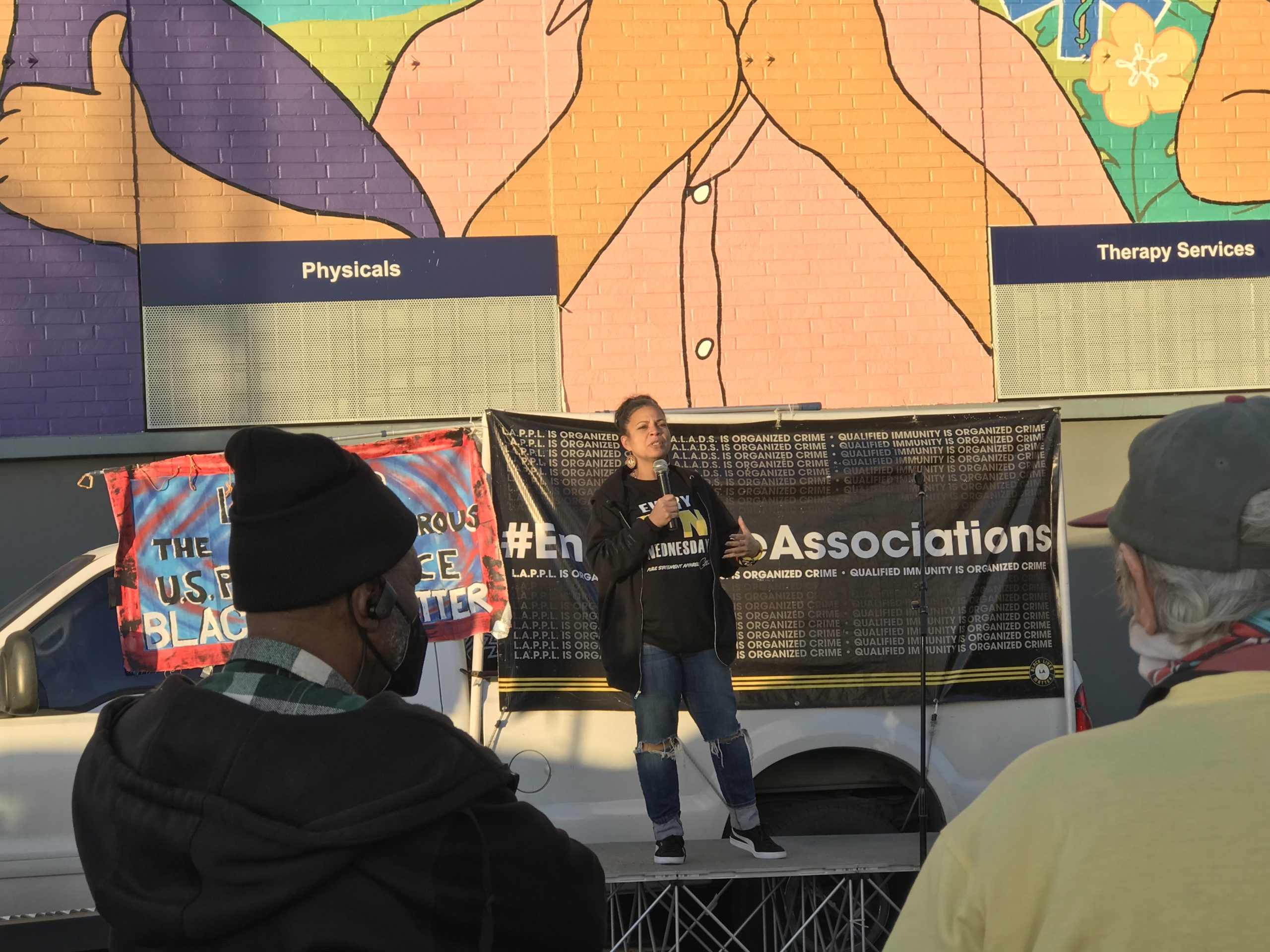 On the Politics of Persistence

The Trump years were, in an ironic way, a boon for social and racial justice organizations. The brazen manifestation of crass and dangerous racism served as motivation for people who had until then mainly screamed at their TV sets, or NPR broadcasts, to move into the streets, to find companionship and comfort with others who  were working to stop this wave of injustice. Now, however, after two years of a global pandemic with almost one million American deaths; after Trump was resoundingly defeated and with it the anxiety level has been reduced whether justifiably or not; after living much or our lives on Zoom; there is a certain malaise that has set in. The question that faces us is “how do we keep going?”

Each month at the monthly meeting of Bend the Arc, a social justice organization which I serve as Rabbi in Residence, we start our meetings with a chant: “It is not upon us to complete the work, nor are we free to stop doing the work!” This is our somewhat free translation of an epigram that is at least fifteen hundred years old. This demand or aspiration speaks exactly to this feeling of fatigue that many are feeling today. I have come to understand this framing as a politics of persistence, by participating in a weekly Black Lives Matter, Los Angeles (BLM LA) demonstration.

At around four o’clock on most Wednesday afternoons, Melina Abdullah ascends to a makeshift stage on the north side of West Eighth Street, in the street, in front of the ACLU building and diagonally across from the building of the Los Angeles Police Protective League. Abdullah, the founder of BLM LA and a Professor of PanAfricana Studies at Cal State LA, begins the weekly protest by calling on the ancestors. With each name of a fighter for racial justice, Abdullah pours a libation, spilling water from a plastic bottle into a plant, invoking the strength and connection bridging past and present.

This opening ritual grounds the BLM gathering in a spiritual mode, creating a container which will have to hold anger, rage, grief, joy, song, chant, mourning, determination, and political action. Moreover, the grounding ritual serves to anoint holy ground, to create sacred space. Black Lives Matter is not a religious movement, though many of its core members are people of faith, mainly Christian and Muslim, though also others. BLM is, however, a very spiritual movement. It is a movement which is based in a deep faith that there is a road to liberation which has been traveled for four centuries, since the day the first kidnapped African stepped onto North American soil; and a faith that the march on the path will not end until liberation is achieved.

The weekly demonstration is the centerpiece of BLMLA’s current campaign—End Police Association. The purpose of the campaign is in the first place to pressure the Los Angeles County Federation of Labor (the Fed) to remove the Police Protective League (LAPPL) from the Fed. The LAPPL is the association of the officers of the Los Angeles Police Department. BLM charges that the LAPPL does not operate like other unions, demanding dignity for its workers, fair pay, health benefits, job security and so on. Rather the LAPPL (and ALADS, the Association for Los Angeles Deputy Sheriffs) protects its members from the consequences of their actions—the violent abuse and killing of the people they are supposed to protect and serve. For this reason, the campaign does not refer to the LAPPL as a union but as a police association—hence the campaign #EndPoliceAssociations.

Across the country, it is the police unions that adamantly stand in the way of police accountability, let alone reform. Decades of so-called reforms, which have consistently brought more training, and a larger share of city budgets to the police departments, have not resulted in less police violence.

The campaign is obviously an uphill battle. The LAPPL is one of the strongest forces in LA and statewide politics. Within the Fed, other unions worry about weakening unions in general if the LAPPL gets booted. While some unions are silently supportive of the campaign—most unions have suffered at the hands of police, both locally and statewide—so far, very few have publicly declared their support.

Yet, doing the politically impossible seems to be the BLM stock in trade. Their previous campaign was called “Jackie Lacey Must Go” (also a hashtag) which, as its name suggests, targeted then District Attorney Jackie Lacey for defeat in her re-election. This was complicated on many fronts. Very few incumbent DAs lose. Lacey was an incumbent with heavy support from the police associations. Second, even though Lacey’s opponent was George Gascon, one of the leaders of the progressive DA movement, BLM refused to endorse him. Their refusal was principled. Gascon had a history with the police, and was part of the carceral system, and BLM did not associate with either of those systems. Despite these disadvantages, Lacey was defeated, and Gascon’s first post-election meeting was with BLM LA core members and families of the victims of police violence.

BLM LA has blazed a new political path in which they influence electoral politics, but are not implicated in the party-politics system. (Abdullah herself, though not BLM LA, has since endorsed  candidates.) Now, the organization has turned its attention to ending police associations. The tactics are straightforward. First, holding space every Wednesday afternoon right outside the offices of LAPPL. Second, inviting to that space the families or friends of victims of police violence and give them the mic. Letting them speak their grief and their rage in any way they want without talking points—though most of the speakers get around to “F- the police” at some point or another. Finally, speak about what it takes to repair; what real community safety and security would look like; defy the common notion of the necessity of police and armed policing. The tactic in short is persistence, as they say “Every F’-n Wednesday.”

Persistence is not a simple thing, and can take different forms. I have been thinking about this tactic in the service of redefining community safety, and have come to realize its deep roots in Jewish tradition. The monthly chant I mentioned above comes from Pirke Avot, Chapters of the Ancestors, the book of epigrammatic wisdom which in certain ways seals the third century Mishnah. The original statement from Rabbi Tarfon is: “It is not your duty to complete the work, and yet you are not free to desist from it.” The overwhelmingness of a task is not an excuse for inaction. The time that a course of action will take is not an excuse for apathy.

It is not your duty to complete the work. That is, you should not say “how can I begin something which I will not be able to complete?” For you are not obligated to bring it to completion, and to act beyond your capabilities. So too, if you say “I am not prepared for this,” you must, in any event, attempt according to your abilities, for you are not free to completely desist from what you were created to do.

Rabbi Menahem, known as “the Meiri,” bats away two excuses for complacency. First, it is not your duty, your singular duty, to bring this project to completion. You are not expected to do something that is beyond your capabilities. The demand of justice is that you do not sit on the sidelines. Second, the Meiri makes it clear that recognizing the limits of your skills, your resources, or your abilities is not an excuse for inaction. Everyone is expected to do that share of the work which is in proportion to the space they take up in the world, perhaps a little more. “For this is what you were created to do.”

In the nineteenth century, the leading figure in German Jewish Orthodoxy, Rabbi Samson Raphael Hirsch, approached this issue from a different Biblical place. Commenting on the obligation to bring the half shekel to support the Temple, (“This shall each who undergoes the count give: half a shekel by the shekel of the sanctuary —twenty gerahs to the shekel—half a shekel, a donation to God.” [trans. Robert Alter]) Hirsch notes that in and of itself a half shekel is not a lot. The translator and scholar Robert Alter comments that a gerah is “rather small change.” Thus the half shekel or ten gerahs is not a large donation. However, Hirsch, motivated by the Torah’s choice of the word kol / each, but also meaning “all” to denote every donor, asserts that each donation must be “complete as far as he is able to do, and he must weigh it on the scale of his conscience.” That is, even the small donation that is demanded must represent a complete action of giving. As Hirsch continues: “It makes no difference how small a percentage of the entire work that must be completed his donation represents; his obligation is not to hold back from any exertion, any ability and any resource, in order to do the ‘each’ and to better the good of the community.”

The symbolic gift of a half shekel represents, for Hirsch, the demand that every person has the ability to give, to act. Each person must figure out what that action is and “weigh it on the scale of [their] conscience.” Each person is not expected to cap the work; to do a major piece of the work; rather each person is expected to do their part of the work. Hirsch completes his comment by saying: “Despite that ‘it is not upon you to complete the work,’ even so ‘you are not free to desist from the work.’” You cannot use the fact that you will not be able to complete the work—the project of liberation is many generations long; or the specific action requires an enormous number of people—as an excuse to say that you will not do your specific part in the work.

Every Wednesday then, people show up to give their half shekel, their ten gerahs of political action. People show up and demand “End Police Associations.” This is not a quick way to move the work forward. However, there is no quick way. While some may read the epigram from Pirkei Avot as an admonition towards moderation, it is better read, in my opinion, as a political strategy for the long run. As Rabbi Tarfon might have updated his statement: We’re in a marathon, not a sprint.