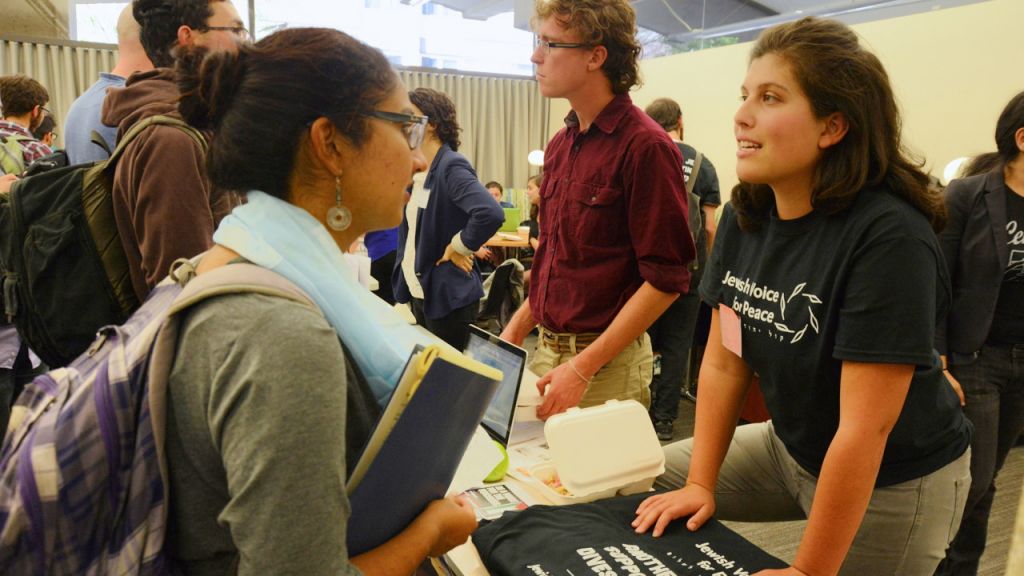 Open Hillel condemns Israel’s “Dissenter Ban,” new legislation that bars non-citizens who support boycotts of Israel or the settlements from entering the country.
This legislation threatens freedom of speech and conscience and undermines basic democratic values.
“We have already seen the terrible consequences of speech restrictions in Jewish communities on campus,” said Sonya Levine, a senior at Wesleyan and Internal Coordinator for Open Hillel.  “Hillel International has used its Standards of Partnership to keep campus Jewish communities propagandistic and insular. Israel’s new Dissenter Ban is what happens when those who seek to silence debate wield state power.”
Open Hillel also calls on Hillel International to condemn the Dissenter Ban, which will impact the thousands of Jewish students who travel to Israel to tour, study, research, and intern or work.
“Because of this legislation, Jewish students who challenge Israeli government policy will be unable to see, experience, and learn about the country that plays such a significant role in modern Jewish life,” said Ben Pakman, a junior at Hunter College and Media Coordinator for Open Hillel. “Hillel must stand up for its students and defend our freedoms of speech and thought.”

Open Hillel has launched a letter-writing campaign to Hillel International CEO Eric Fingerhut urging him to condemn the Dissenter Ban.
Open Hillel is a movement of Jewish students and community members working to promote pluralism and open discourse in Jewish communities on campus and beyond.