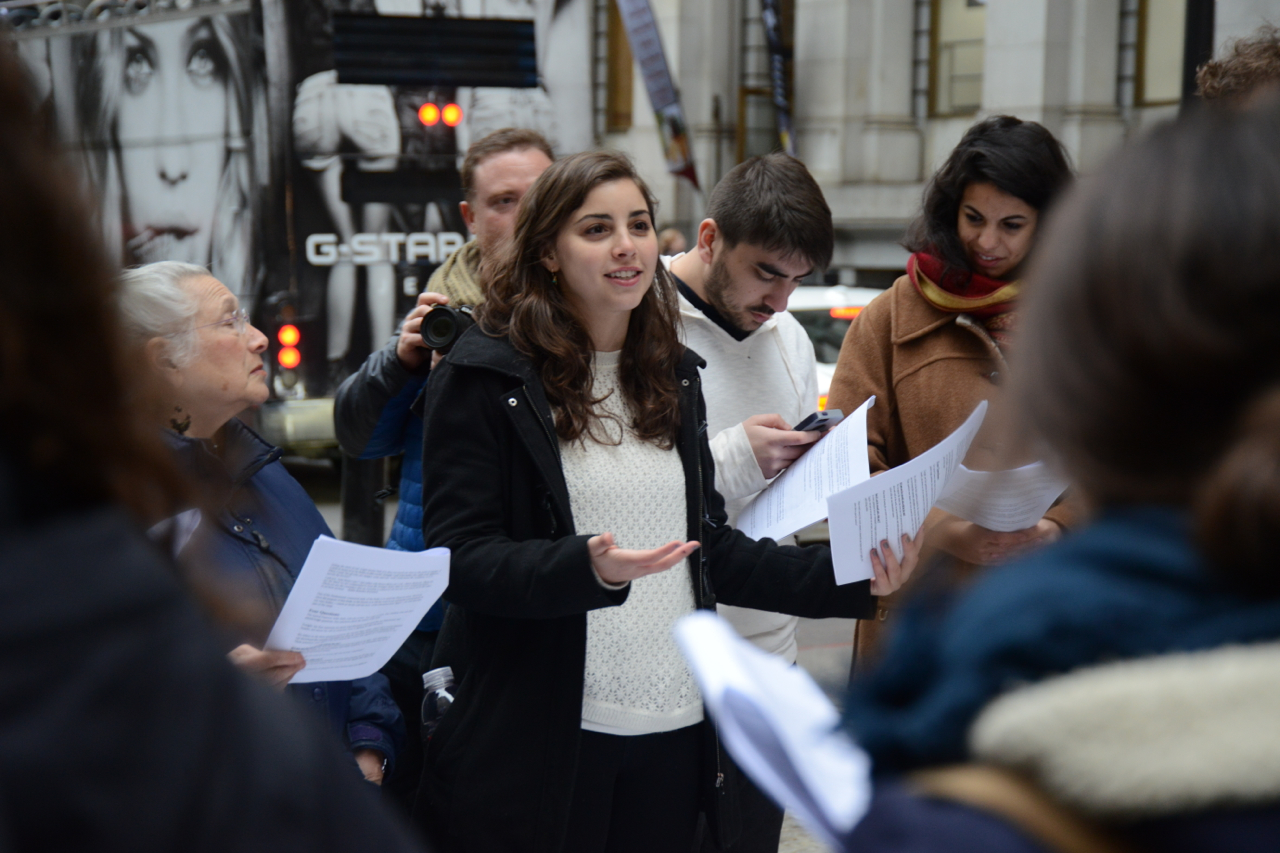 Open Hillel is saddened to hear that the Sanders campaign has bowed to pressure from organizations that suppress discourse on Israel and has suspended Simone Zimmerman from her position as Jewish Outreach Coordinator.
Simone is an accomplished and committed organizer — and longtime Open Hillel supporter — who has demonstrated her dedication to both the Jewish community and to social justice issues more broadly. The Sanders campaign clearly understood her to be highly qualified for this position; yet they caved to pressure from Abe Foxman, former head of the Anti-Defamation League; the World Jewish Congress; and relentless badgering from the right-wing press. These individuals’ and organizations’ efforts to discredit Simone mirror the sort of McCarthyism that “mainstream” American Jewish organizations consistently display in working to silence critics of Israeli policy and supporters of Palestinian human rights.
These Jewish leaders’ efforts to oust Simone will further alienate young American Jews, many of whom share Simone’s views on Israel/Palestine and many of whom deeply resent the idea that a small number of gatekeepers determine who is kosher within the Jewish community.
We call upon the individuals and organizations who claim to speak for the American Jewish community to recognize that our community contains a multiplicity of voices. And to engage with young American Jews rather than work to undermine us.
‪#‎WeStandWithSimone‬

2 thoughts on “Open Hillel: We stand with Simone Zimmerman”