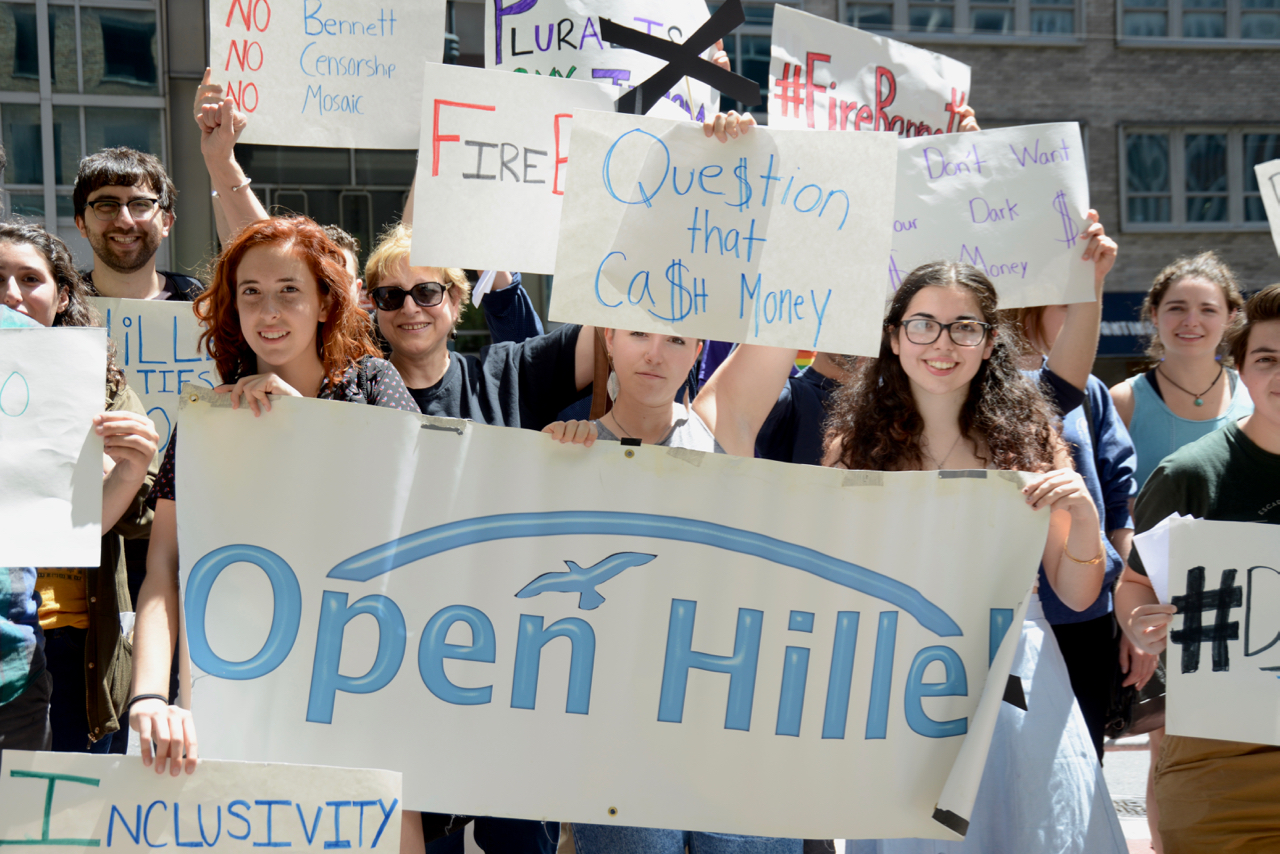 On Sunday, July 30th, Open Hillel students and community members rallied outside the Israeli consulate in New York, calling on Hillel International to cut ties with Naftali Bennett’s $66 million Mosaic United program.
Mosaic aims to combat “critical discourse on Israel” and promote an exclusionary, Orthodox-only vision of the Jewish family. Students called on Hillel International to #FireBennett, end its year-old partnership with Mosaic, and affirm its commitment to pluralism and open discourse.
Check out photos of the rally! Photocredits to Gili Getz.

In June, Bennett advanced a censorship code for Israeli universities. Israeli students took to the streets, carrying X’s over their mouths in to protest Bennett’s censorship. Now, as Bennett seeks to censor critical discourse on US college campuses, Open Hillel students marched with black X’s over our mouths to demonstrate that we will not be silenced.

Students and community members chanted, sang, and gave speeches calling on Hillel to serve its students, rather than donors like Naftali Bennett.

Sydney Korman (center), a sophomore at Pace, called on Hillel — the Foundation for Jewish Campus Life — to foster, rather than quash, open debate. “A core value of Judaism is the community grappling together with our texts, morals, and traditions,” she said. “Strong, vibrant communities are not undermined by opposing viewpoints — they are strengthened by pluralistic values.”

Asaf Calderón, an Israeli-American community member, discussed Bennett’s efforts to use both Israeli and American Jewish institutions to shut down his opponents and advance his own political aims. He applauded students for calling for democratic accountability in Hillel and the wider Jewish community.

Students concluded the rally by chanting and singing songs of hope for a better tomorrow — for an open and inclusive Jewish community that works for its students and is deeply engaged with issues of social justice in the US, in Israel/Palestine, and around the world.