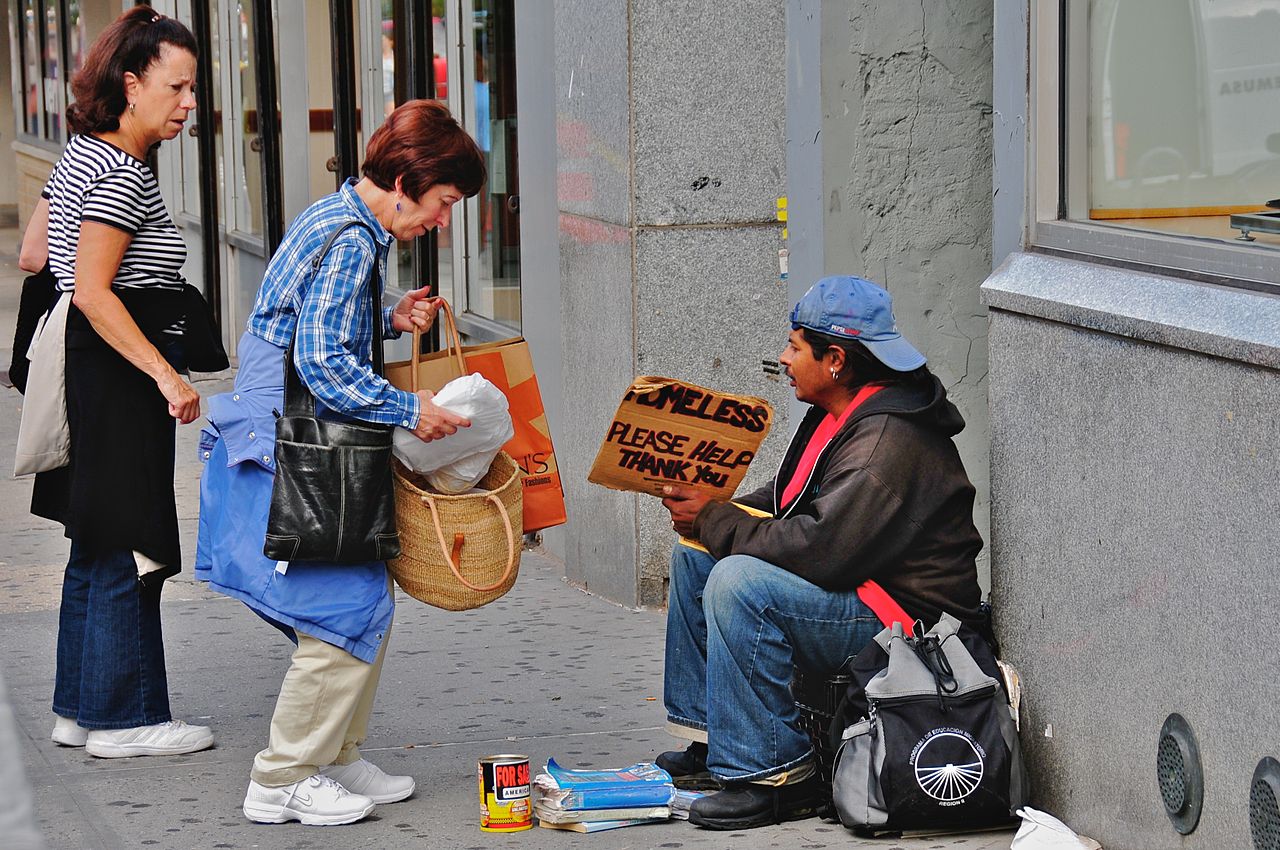 August 8, 2017May 4, 2018 by TorahForTheResistance
#TorahForTheResistance is a campaign by young rabbinical and religious students about Jewish resistance to Trump through the lens of faith, Judaism, and spirituality. Read more here.
The name of this week’s parshah — like all parshiyot — comes from what is considered the first significant word in its text. In some cases, the name of the parshah is a clear mnemonic: Parshat Lech Lecha, for example, is unforgettably about Avram’s journey towards his true self and towards the one God.
This week, parshat Eikev is the text of consequences and rewards, the text of “because”:

That second word, עֵ֣קֶב (eikev), is not at all descriptive of what follows. Moshe vividly recounts, as he does for much of the book of Deuteronomy, the journey of the children of Israel since leaving Egypt. He paints a picture of deep suffering in the desert, to be followed by incredible abundance in the promised land — and all of it at the hands of a mighty and miraculous God. But the “because” of this parshah could really begin any parshah.
I just moved to New York: I live in Brooklyn and work in Manhattan, and my commute now, riding on the subway and navigating busy streets, is different from the one I had in Boston, driving in my car. It’s more than the mode of transportation that has changed, though.
I find now that I am overwhelmed by the people I encounter. Sometimes I see things that delight me, or surprise me, or intrigue me. But what often brings me to my office door in the morning or home in the evening in tears is the panoply of human misery that I witness.
[pullquote align=right] The monstrosity of our societal indifference is on clear display.
[/pullquote]It’s my practice to give to anyone on the street who asks for it; I carry money in my bag specifically for that purpose. I’ve done this consistently for about seven years, ever since I learned texts from our tradition on “spontaneous tzedakah” with Rabbi Elizabeth Richman of Jews United for Justice. But I also do it because I just can’t not do it. Sometimes I’m in a hurry, or I’ve just given a dollar a block back, and I brush by someone, unwilling to take the time to fish out my coin purse (again). And then the voice inside my head starts yelling at me: What are you doing? You have to stop. Go back. Now! And I usually do. Last week I turned around for a tiny young woman with big brown eyes lying on a big pile of blankets, possessions and garbage littering the sidewalk beside her and the young man who slept next to her. I skirted by her originally because I just couldn’t bear to look.
It’s not always painful, though: If you stop to look, you can find some pretty good attempts at levity. Near Washington Square Park a few weeks ago, I passed two people with a poster that read, “Smile if you masturbate. Now give me some f*cking money!” I laughed the next couple of blocks to my meeting and then dutifully gave on the way back to the subway.
[pullquote align=left] We have the resources to help the people that we see every day, but we lack the political will
[/pullquote]But I’m not affected just by those who ask from passers-by. Last Monday I saw a woman sitting in one of the big tunnels that connects the various lines that go through Times Square: A young boy fiddling with a bottle cap lay with his head on her lap, and her face heated bright red as she sobbed into his curly hair. I recently got onto a 2 train in the morning to see a man sleeping on one of the small benches at the end of the car. As stations went by, as commuters began to stream in, there still remained a perimeter around him of a good four feet, because he smelled so eye-wateringly awful.
I feel helpless in all of these moments: The monstrosity of our societal indifference is on clear display. In this country, in this state, in this city we have the resources to help the people that we see every day, but we lack the political will and the moral imagination.
When I share the horror and the sorrow of my observations, I know the pushback that I will often get. It’s the same pushback that I see right now in the discourse around immigration, or healthcare, or mass incarceration, or forced labor. It’s the pushback of eikev, of “because.” Mere consequences. As if it’s “their fault.” As if it’s anything other than our own massive, nauseating failure. As if there isn’t a human being in pain right in front of us, and as if that’s not the only thing that matters.
[pullquote align=right] So, too, with the people among us upon whom society has trampled, the people we see every day.
[/pullquote]Many commentators note that our parshah’s eponymous word — עֵ֣קֶב (eikev), “because” — is not common. It’s the same root as the word for “heel” (עָקֵב, akeiv) — with its connotations of marginality. Rashi interprets the word choice as a call to take seriously the lesser mitzvot, the ones a person tramples with their heels. Similarly, the Lubavitcher Rebbe says that eikev is a reminder to sanctify our everyday activities: This “lowly” part of our life is the foundation of our relationship with God, in the same way that the heel is the base upon which the entire body stands and moves. So, too, with the people among us upon whom society has trampled, the people we see every day.
In parshat Eikev Moshe foretells the flourishing of the children of Israel in the promised land: He describes, אֶ֗רֶץ אֲשֶׁ֨ר לֹ֤א בְמִסְכֵּנֻת֙ תֹּֽאכַל־בָּ֣הּ לֶ֔חֶם לֹֽא־תֶחְסַ֥ר כֹּ֖ל בָּ֑הּ. “A land in which you will eat bread without scarcity, in which you will lack nothing.” The Torah here connects our prosperity, then, to the most marginalized among us; indeed, a moral accounting of our society is one that acknowledges that our relative privilege is built on the suffering of others. It is incumbent upon us to take that seriously.