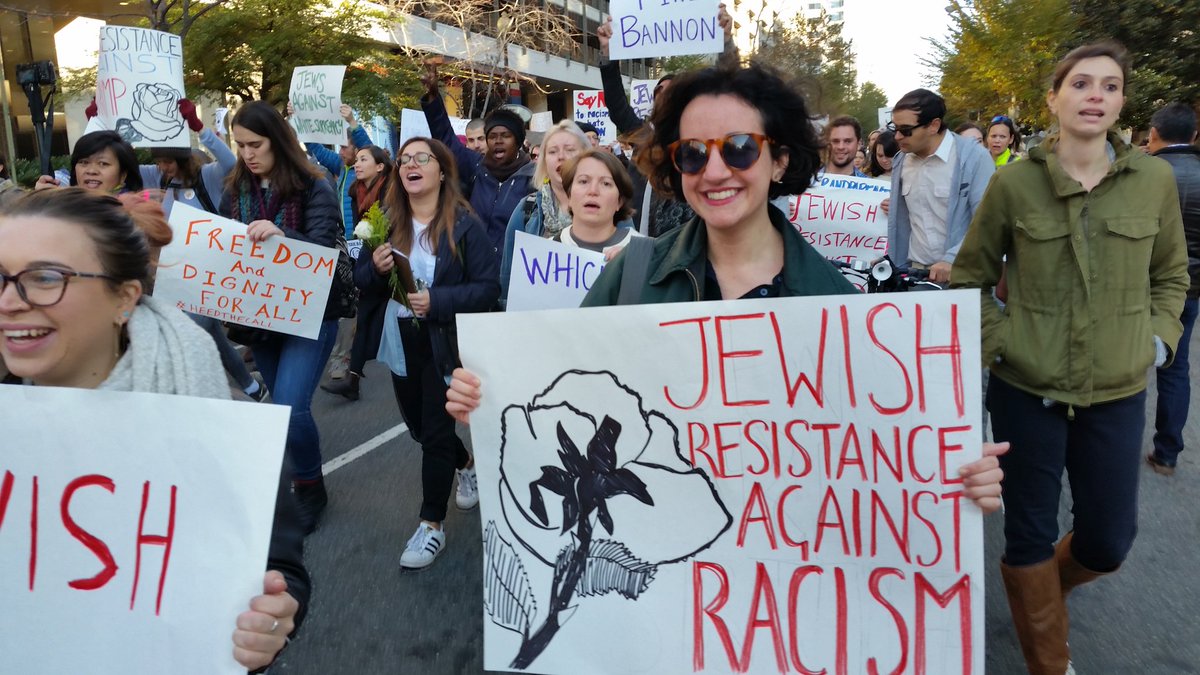 November 17, 2016May 4, 2018 by Kung Fu Jew
[icon-box icon=info] Learn how to join IfNotNow’s movement by joining their campaign call next Tuesday, November 22nd at 8:30 pm Eastern. RSVP here.
[/icon-box]At 9 am today, hundreds of young Jews marched to the headquarters of Trump’s transition team chanting #StopBannon and demanding the President-elect’s divisive and bigoted pick for White House cheif strategist be fired. The outpouring on social media made #JewishResistance trend on Twitter. See their tweets and photos below.
IfNotNow called upon the Jewish Federations of North America to issue a statement against Bannon. As of this morning, 1,700 people had signed a petition to JFNA (now nearly 2,000 — and you can join it here). Twenty Jewish organizations including seven local Jewish federations have issued statements against Bannon. You can find the most up-to-date list here at nevershtadlanus.com.
On Sunday, the group will protest outside the Zionist Organization of America’s annual gala, where Bannon is due to be honored.