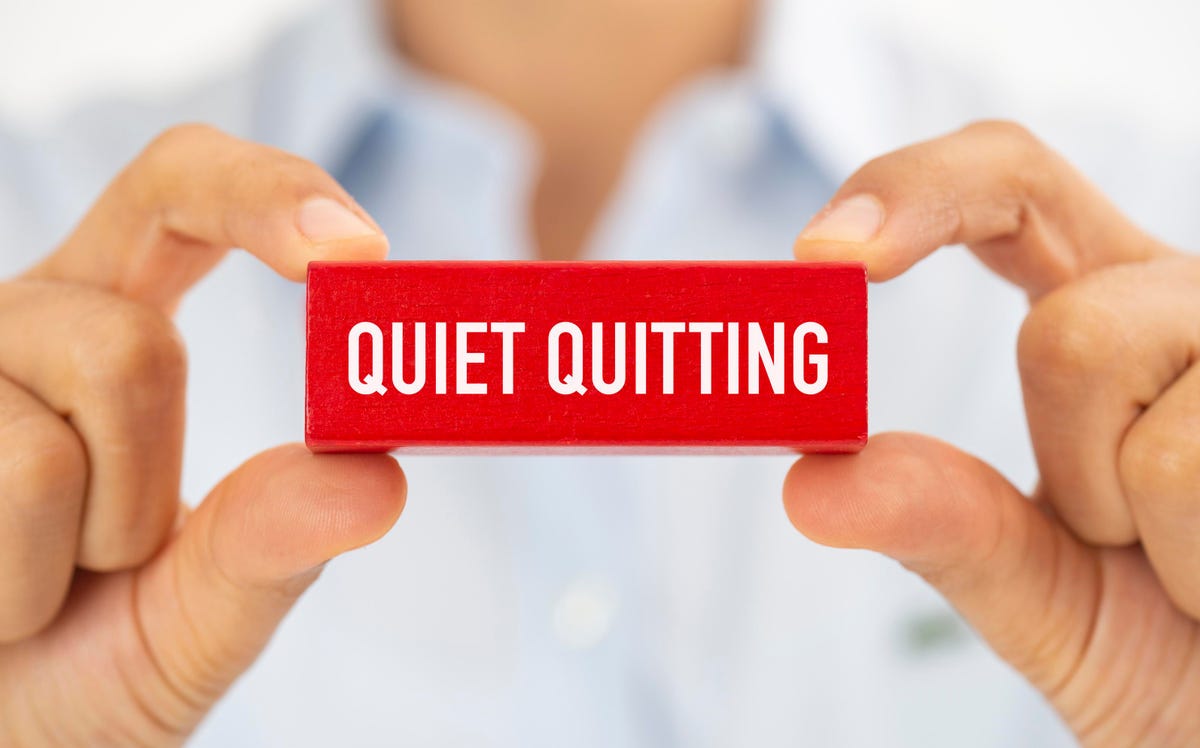 I am an American Jew, and I, like thousands of others, am quiet quitting the relationship I have been told I need to have with Israel.

As widely noted of late, quiet quitting is, in essence, when a worker focuses on the core requirements of the job they are being paid to do, staying within the official position description, and not doing the other tasks that a manager often heaps on an employee. Quiet quitting simply means the employee does not make a huge fuss and storm off but just goes about focusing on what is most central to their role.

How does this concept apply to the American Jewish relationship to Israel?

In sum, the “position description” for an American Jew in the 21st century, as developed by mainstream community organizations and reinforced by most synagogues, has slowly and steadily added “supporting Israel” to the set of expectations, on top of Jewish marriage, community participation/membership, and education/rearing of children. This additional plank of the role of an American Jew takes many forms, but the core expectation is one organized around the concept of solidarity with Israel in its struggle against the Palestinians, Iran, and other enemies.  There may be nods to the idea of permitting criticism of Israel more directly on issues that affect American Jews – equity at the Western Wall, for example, or, prior to a 2021 High Court ruling, conversion recognition – but beyond that, the expression of any objections to Israeli government, military, or settler activity is either silenced or required to be “balanced” out with both-sidesism or, worse, blaming the Palestinians for making Israel and Israelis so violent.

The underlying intention of this expectation is, like the notion that one should not openly criticize an employer, that a solid and unwavering line of love and support is needed to maintain the American Jewish connection to Israel. The theory goes that exposure to the harder realities in Israel (and Palestine), let alone open criticism of Israeli responsibility for them, will drive American Jews away from Israel and break the sacred bond to the land and people. Millions of pages and billions of dollars have been spent over the decades espousing and actualizing this view, pushing aside focus on most other aspects of being an American Jew.

Like an employee pushing back against management, if you try to work outside this norm, obstruction and intense criticism, if not worse, will follow. Although the overall mainstream approach to Israel acknowledges a theoretical point at, or space in, which open criticism may be possible, you would be hard-pressed to find any evidence in the public footprint of mainstream organizations. As I know from experience, if you ask a mainstream organization or synagogue to host an event or publish something critical of Israel, and you will almost certainly be told no; with that as your response, should you turn to host or publish outside the mainstream, you will then be told you’re enabling Israel’s enemies and not working within or for the betterment of the community. You may hear that such criticism and nuanced discussion happens behind closed doors, but after hearing that for decades, you can reasonably conclude that it’s either untrue – or useless.

Myriad organizations, websites, and forums within the Jewish community do exist where you can learn the full truth and raise your voice. But like many an employee committee or DEI task force, the existence of forums where concerns can be raised has thus far failed to shift that core expectation in a meaningful way for the broader group. As is often the case for a big structure, whether a company or a community, the status quo works well enough for most of those in charge – and it feels very hard to shift deeply for those who are not.

In particular, community members who are younger or newer to the issue may feel a barrier to entry into the issue from older or more experienced members who will repeatedly tell them they lack “context” or “history,” as if there is some threshold to an opinion about what connection to, or support for, Israel that requires knowledge of the events of 1927, 1956, 2005, etc., what was on the table at Camp David, etc (and most of the time, these members will not consider reports from B’tselem or the history of illegal settlements as necessary “context”). So other than temporary intentions or marginal efforts in other directions, little changes and the expectation solidifies.

Now, from the outset, I can admit the term “quiet quitting” only partially applies to me. I have not been quiet over the last 25 years, since I learned for the first time directly how the Occupation works in Palestine and the range of inequities inside Israel that are rarely, if ever, allowed to be acknowledged within the mainstream expectation. Last year, I wrote a post about feeling like I needed to quit once and for all. Indeed, for the last few years, my engagement has waned. I no longer consider visiting Israel and give much less to Israel-focused charities. But given my personal connections to friends in the anti-Occupation movement, I cannot quit altogether. So maybe I’m the employee who constantly nags but won’t actually leave and, despite himself and his shouts, puts in a hard day’s work most of the time.

At the same time, I see it in my kids, who, at least for now, are neither interested in the mainstream view nor a full-throated effort in other directions; they just don’t want anything to do with Israel. I witness it in many others in communities I am a part of who simply want to distance themselves from Israel given a feeling that they are not part of “management” or the vocal dissenters. More objectively speaking, there is also consistent AJC and Pew polling showing that American Jews find themselves less connected to Israel, despite the endless spending devoted to yield the opposite. Indeed, synagogues also find themselves increasingly in this position, with some preferring to not have an Israel committee or direct positions on Israel issues rather than fully acknowledge this core expectation or allow an opening up of views in opposition to it.

In the end, the camp many of us feel aligned with – engaged, deeply connected, yet severely troubled and uncertain – has no firm place in our community, and it is hard to play that role. Organizations on the left doing great work on Israel and Palestine from a place of connection to Israel often feel too political, too distant, or too segmented from the rest of the community; similarly, most organizations leading on progressive issues in the United States find it hard to take a position on Israel at all. And the mainstream organizations, themselves often doing important work on issues in the U.S. and around the world, feel the need to maintain the status quo and its associated expectation.

Like employees who are quiet quitting ask around the water cooler (or in Zoom chats) – can this change? Certainly. One approach would be to eliminate an expectation of support of, or relationship with, Israel from the American Jewish experience altogether. Cancel Israel committees, Yom Ha’atzmaut celebrations, etc. But that is not only unlikely, it is also antithetical to the religious, spiritual, and cultural connection that Israel does and will continue to represent to the Jewish people.

So if the expectation of a connection will remain, here are just a few ideas for mainstream organizations and synagogues that can start to respond to the quiet quitting:

The question is not whether change is possible – it is – but whether community leaders and members can find a way to agree these are necessary efforts to prevent further quiet quitting. Or if we would prefer to just keep explaining away the quiet quitters as those who never supported or were loyal to Israel in the first place, missing that the exact opposite is true.