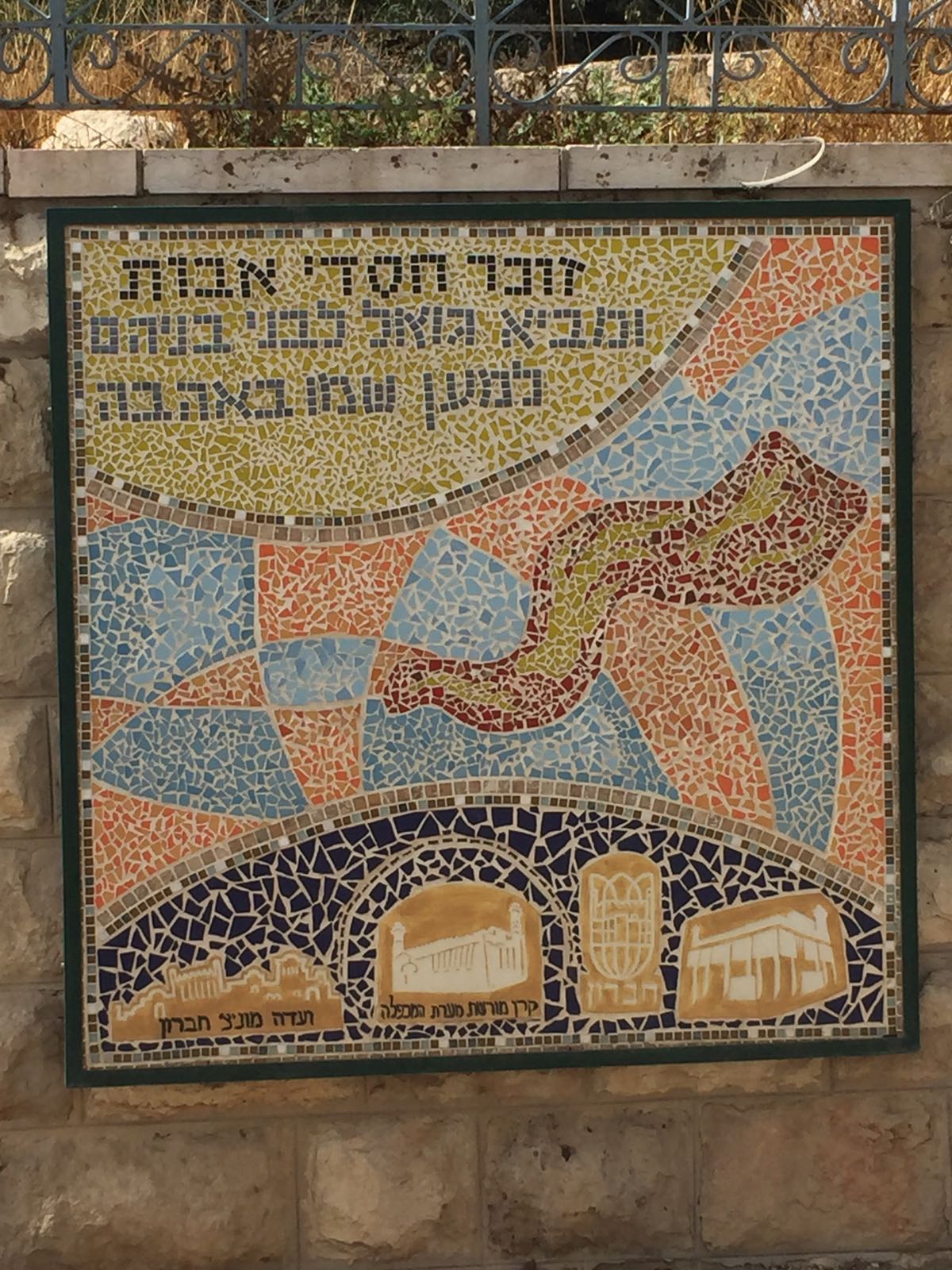 The first time I travelled to Israel in 2004, I felt it was unfair that we were only able to visit 3 of the 4 Jewish holy cities in Eretz Yisrael. Recently, with Breaking the Silence, an Israeli veterans’ organization founded by people who served in Hebron, I visited Hebron, the one holy city I was unable to see when I first came to Israel, and it became clear to me that there are far greater injustices in this holy city than my synagogue’s unwillingness to travel there. My visit began in an area called Kiryat Arba, a 45 year old Israeli settlement named after the place where Sarah Immenu died, as we learn in the second verse of this week’s Torah portion Chayei Sarah. I walked into a lovely little park in Kiryat Arba before noticing a plaque dedicated to Meir Kahane, a rabbi and former member of Knesset whose party was banned in Israel for espousing unacceptably racist views. Towards the back of the same park, I witnessed the grave of one of his most famous disciples: Baruch Goldstein, who murdered 29 Muslims while they were praying beside the grave of our shared ancestor Avraham Avinu. Covered with stones placed there by admirers, Goldstein’s tomb, like Kahane’s plaque, declares “ – נרצח על קידוש ה’ Murdered Sanctifying G-d’s Name”. This twisted reality, in which murdering worshipers of the G-d of Avraham Avinu is praised as sanctifying G-d’s name, pierces my soul. This חילול ה’ – desecration of God’s name — calls out to all of us who live in the legacy of Abraham and Sarah to chart a different path forward.
When Avraham Avinu purchases the land on which he buries his wife, he demonstrates immense generosity. Abraham insists on paying a hefty sum to purchase this land. He makes certain to abide by the standard legal procedures of acquiring land-ownership keeping in mind that he is a גר תושב  – Resident alien in the territory of Hittites. Why might Avraham have done this when he could just as easily have declared that G-d promised him this land and simply seized it from his neighbors? Avraham Avinu’s insistence sets a powerful moral precedent for his descendants. Avraham demonstrates by example the importance of generously respecting the people with whom he lives. Later in the parasha, Avraham’s servant chooses Rivka to become Yitzhak’s wife because she demonstrates her similarly strong character rooted in respect and generosity. Unfortunately, these values of our patriarchs and matriarchs which Torah emphasizes are flagrantly disrespected on a daily basis in the city that came to be Avraham’s and Sarah’s final resting place.
Desecration of G-d’s name manifests in Hebron in hyper-segregation, routine intimidation and violence, unequal application of the law, and more. While walking along Shuhada Street, the former bustling thoroughfare on which Palestinians are no longer permitted to walk, it is difficult not to be shocked by the state of affairs in Hebron. On the wall alongside the road, a mosaic hangs with the words Jews traditionally recite three times a day זוכר חסדי אבות ומביא גואל לבני בניהם למען שמו באהבה” – Remember the Loving-Kindness of our ancestors and bring redemption to their children’s children for the sake of G-d’s name, in love.” Seeing these words which I have recited innumerable times in my life inscribed upon the wall of a segregated street struck me to my core. How could these words which express the aspirations of our people for a world filled with love, kindness, and peace be so twisted in order to justify such a horrific reality? Righteous love and generosity, modeled for us by our ancestors in this week’s parasha, appear blindingly absent from the holy city where they rest.

In Me’arat Hamachpela, the Cave of the Patriarchs, I felt a powerful stillness. Gazing at the tombs of my oldest ancestors decorated with beautiful Arabic calligraphy- the shared heritage of Jews and Muslims was impossible to dismiss, despite the harsh circumstances surrounding the holy site. I remembered that towards the end of parashat Chayei Sarah, Yishmael and Yitzhak bury their father together. Even though we learn that Isaac inherited the entirety of Abraham’s possessions, Ishmael and Isaac laid their father to eternal rest together, without division. Despite being cast out of his father’s home because of his younger brother, Yishmael was able to suppress the anger and resentment he surely felt for the sake of honoring his father. If Yishmael and Yitzhak overcame their bad blood in respect of the legacy of Avraham Avinu and the G-d he served, then surely we children of the children of Isaac and Ishmael can overcome the current state of affairs in which violence and segregation is regularly perpetrated in Hebron and in the rest of our holy land in the name of HaShem.

When I stood in the cave, I recited Mincha, the afternoon prayer. As my lips routinely began to form the words written on the wall of Shuhada Street, these words took on new meaning to me. Actually, I struggled to invest different meaning in these words than what I assume was intended by the creator of the mosaic. I remembered the stories of Abraham’s compassion and generosity and pleaded to G-d to guide the actions of all of us who care about the future of Hebron with love. This act was not easy after seeing these words used to endorse abhorrent violence. But, those of us connected to the heritage of Avraham must engage in this difficult work of imbuing the words of our tradition with meanings that honor the values embodied by our ancestors in this week’s parasha of radical respect and generosity.
Micah Friedman is living in Jerusalem with Achvat Amim, a volunteer experience in Jerusalem that directly engages with the reality of the Israeli-Palestinian conflict, based on the core value of self-determination for all peoples. He is a seeker, student, and activist who recently graduated from Florida State University.