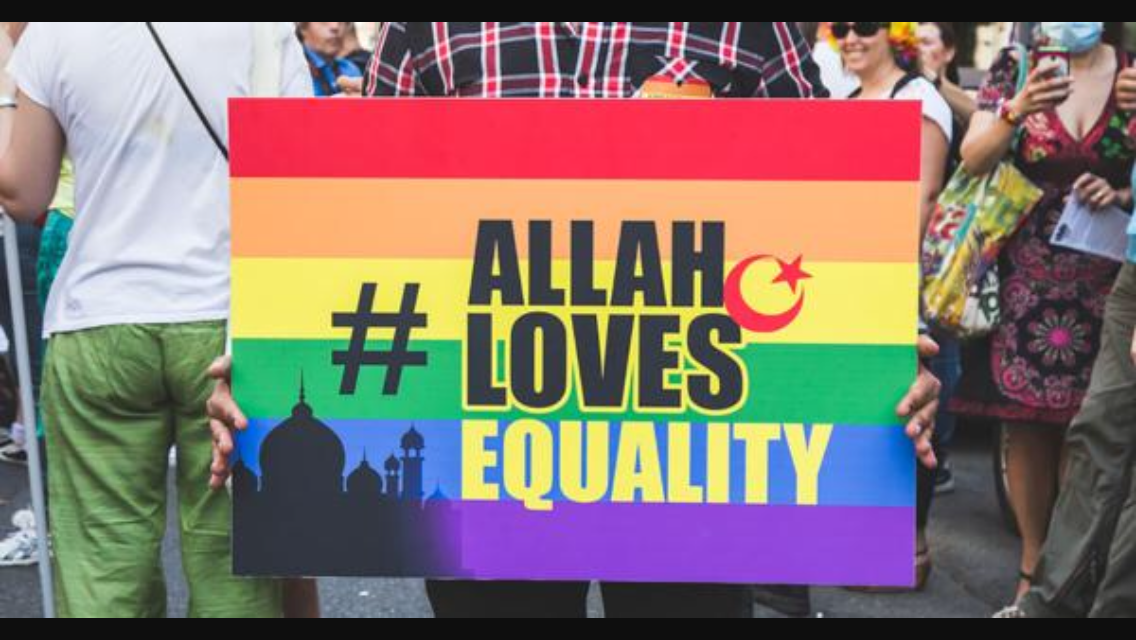 June 12, 2017May 4, 2018 by TheGlitteryRebbetzin
[pullquote align=right] While many cities held annual LGBTQ Pride parades, some held “anti-sharia” protests.
[/pullquote]Queer AND religious. Two facts of my identity that live in perfect harmony—but are inconceivable to most people on earth.
Queer AND religious. Something the gunman in Orlando last year was never allowed to be, despite many accounts that he lived as a closeted gay man.
On Saturday, while many cities held annual LGBTQ Pride parades, people in cities all over the country held an “anti-sharia” protest.
The timing was not accidental. The man who organized the marches was Scott Presler, a 29 year old gay man who says he was motivated to “fight Muslim extremism” after the shooting in Orlando last year.
I understand the impulse to want to do something to protect our community after such a devastating event. I even understand the desire to push away something seen as the culprit for this horrible crime. However, this is not the way to fight terrorism. This is not the way to make a safer and more peaceful world for ourselves and for future generations–this is only the way to incite more hatred and more resentment, more anger and more fear.
We should not seek safety by making our LGBTQ community less accepting of religion. Instead, we need to make our religious communities more accepting of LGBTQ members.
[pullquote align=left] There are brave, wonderful queer Muslims out there.
[/pullquote]I can’t help but wonder what might have happened last year in Orlando if the shooter’s religious community were more accepting of his sexuality. I don’t wish that the shooter didn’t walk into that club that night—instead, I wish he went there with a boyfriend or a husband, maybe someone he met at his mosque, happily dancing and celebrating together. I think of what could have been, and my heart aches for a better world.
I am privileged in that being queer AND religious has been easy in my life. It’s not so easy for many people around the world, including more observant people in my own religion. However, that does not mean that there are no LGBTQ Muslims in the world, and that does not mean that all of them are forced to hide their identities.
There are brave, wonderful queer Muslims out there, fighting to make the world a better place, one inclusive prayer service at a time. Theirs is the path towards peace and understanding; theirs is the path towards an eventual end to terrorism around the world.
Today I stand in solidarity with all of my queer siblings around the world, but especially with my queer siblings of faith. We will keep praying, and we will keep loving. And together, we will bring about the world to come.
[pullquote align=right] Ramadan Mubarak to all who celebrate
[/pullquote]Ramadan Mubarak to all who celebrate, and a joyous LGBTQ Pride month to everyone brave enough to celebrate queer love.