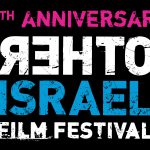 Early in the new television series by Sayed Kashua, “The Writer,” the protagonist, Kateb, drops his son off at school, only to discover that the school is closed. “It’s Ascension Thursday,” the Jewish guard explains from behind the locked gate, and Kateb asks, “What Ascension? Rock climbing?” The joke expresses Kashua’s pessimistic ennui: there will no spiritual transcendence here, no religious epiphanies. It also documents, as he always does, the tiny burdens of the Arab outsider-insider, who can send his son to a bilingual school but then finds himself stuck outside the gate. Later, the joke turns sour. When Kateb takes his son to a carwash staffed by children from Hebron, he explains that they are not at school because of the occupation. His son asks, “Is that a holiday?” Kashua is the master of such gut-wrenchers, not so much micro-aggressions, but something more like micro-depressions.
Much of “The Writer” will be familiar to readers of Kashua’s novel Dancing Arabs or his columns in Haaretz. Kateb is a Palestinian Israeli writer, stuck in a loveless marriage with a social worker. His successful television sit-com, “Arab Labor” (which is also Kashua’s real-life show) now strikes him as stale and artistically compromised. And he has passed on his identity crisis to his children. When he pushes his daughter to switch into a higher-level Arabic class, she shoots back that he writes exclusively in Hebrew (to be sure, an irony that did not need spelling out). Even particular bits are recycled. A sequence in which he shame-facedly switches out Arabic for Hebrew music to ease his interaction with a security guard, for instance, is cribbed from an old Haaretz column. But self-plagiarism is at worst a venial sin; it is a good formula.
The twist is that “The Writer” confronts its (largely) Jewish audience more directly and pointedly. “It’s not as funny as ‘Arab Labor,’” I complained to my viewing companion twenty minutes in. In the next episode, we watched Kateb pitch his new show, an amorphous autobiographical project about an Arab writer in mid-life crisis, only to be asked skeptically, “Is it funny?” The comedian who yearns to play (or write) Hamlet is familiar cultural territory, as is the politicized variant in which a minority comedian comes to worry that his majority audience is requiring of him a minstrel show (in Yiddish, a “ma-yofis yid”). Richard Pryor struggled with this problem; more recently, so have Dave Chappelle and Chris Rock. “The Writer” starkly confronts Jewish viewers with their limitations. No, the show is not very funny or new, but then, neither is second-class citizenship.
Kashua himself decamped to Illinois in the wake of the 2014 Gaza war. For liberal Zionists like me, his leaving suggested that the dream of co-existence was failing. In a television interview given as he was leaving, Kashua told how his son loved to play “abba shabbat” at his Jewish school; he felt he had lied to his children when he implicitly promised they could be full citizens of Israel. If Israeli could not keep one of its finest, most humane writers and its gentlest Arab critic, then there was not much hope for the Jewish state. He has not returned, but at least we have his fictional alter-ego.