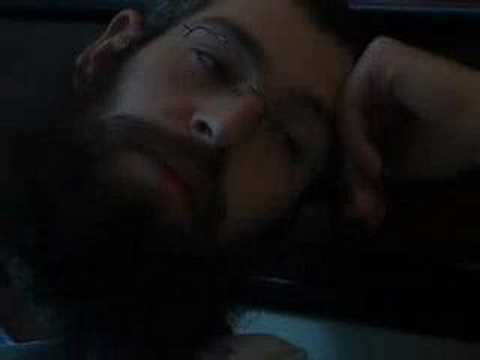 In a May 2006 interview with Dutch magazine Revu, the Hasidic superstar whose real Hebrew name is Feivish Hershel, tells his interviewer that he’s not happy, that religion doesn’t make him happy, and that he “pretty much” stopped using drugs. Feivish abruptly ends the interview seemingly disdainful of having to answer the reporter’s questions.
I wonder if dicking over JDub some months later cheered him up at all. If not — hey Matis — why don’t you come back to the people who actually care about you and your happiness rather than a corporate monster that only cares about the sales you post?
[Update] You know what’s awesome? All the absolutely disgusting comments that people are trying to post calling me all sorts of nasty names and shitting all over JDub, because I matter-of-factly stated the Matis dicked over JDub. It reminds me of why I dropped off of Phish tour and why I never got into Dave Matthews. Too many asshole fans who think they have a fucking clue…
Congratulations, Matis, on your newfound success and all its benefits, like perfect strangers who frothingly curse and deride others for being disappointed in you. Mazal tov.