Susie Kantar-Cohen is a freelance writer. She‘s been published in the New York Times, Glamour, NY Daily News. She is currently working on a memoir. 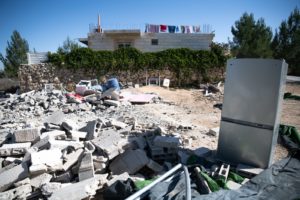 The holiday of Hannukah just ended, but the lessons remain relevant and applicable all year. Justice, mercy and courage are some of the attributes of the festival of Hannukah. With the shamash, the leader of all the candles on the menorah, we light the eight candles. The job of the shamash is to create more light.

Al-Walajeh is a small village that dates back to the 1600s, located between Bethlehem and East Jerusalem, a place that Palestinians have called home for decades. They have cultivated the land, raised families, and for many, it’s the only home they’ve ever known.

After years of work and money, drawing up a zoning plan that would enable them to build legally, only to be continuously deferred or rejected. Today there are roughly 150 homes, all considered illegal by the Israeli authorities due to the impossibility of obtaining a permit. Since 2016, house demolitions have increased, and more than twenty homes have been demolished in Al-Walajeh in the past five years. In one case, I saw a video of a resident who brought his children to school, returned home, only to find it crumbled to pieces. “What am I supposed to tell my son?” he asked. 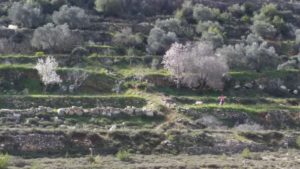 I am a Jew, my parents are Jewish, I am a lover of Israel. I have lived and studied there, and I am a Zionist in the definition of the word: that Jewish people must have a home where we self-govern. Jews are far too familiar with displacement and being unwelcomed in our own homes, kicked out of countries unexpectedly and illegally. We should not be the history repeaters. I was raised with a core principle: you must know the difference between right and wrong. This was a lesson my grandfather taught my father and that my father has passed along to my sisters and me. Knowing the difference between right and wrong includes being a leader, a shamash in the voice of truth. It means giving justice and mercy and having the courage to do the right thing, just like the attributes of Hannukah have taught us.

The question of Al-Walajeh shouldn’t be a question at all. It is an ethical and moral issue, one of right and wrong, and one that encompasses the values carved out in the 1948 Israeli Declaration of Independence.

On December 26, the Supreme Court of Israel will hear the case of Al-Walajeh. The Israeli government will have the opportunity to be the shamash and light the way to justice by allowing the residents of Al-Walajeh to keep what’s rightfully theirs. I hope they do what’s right.