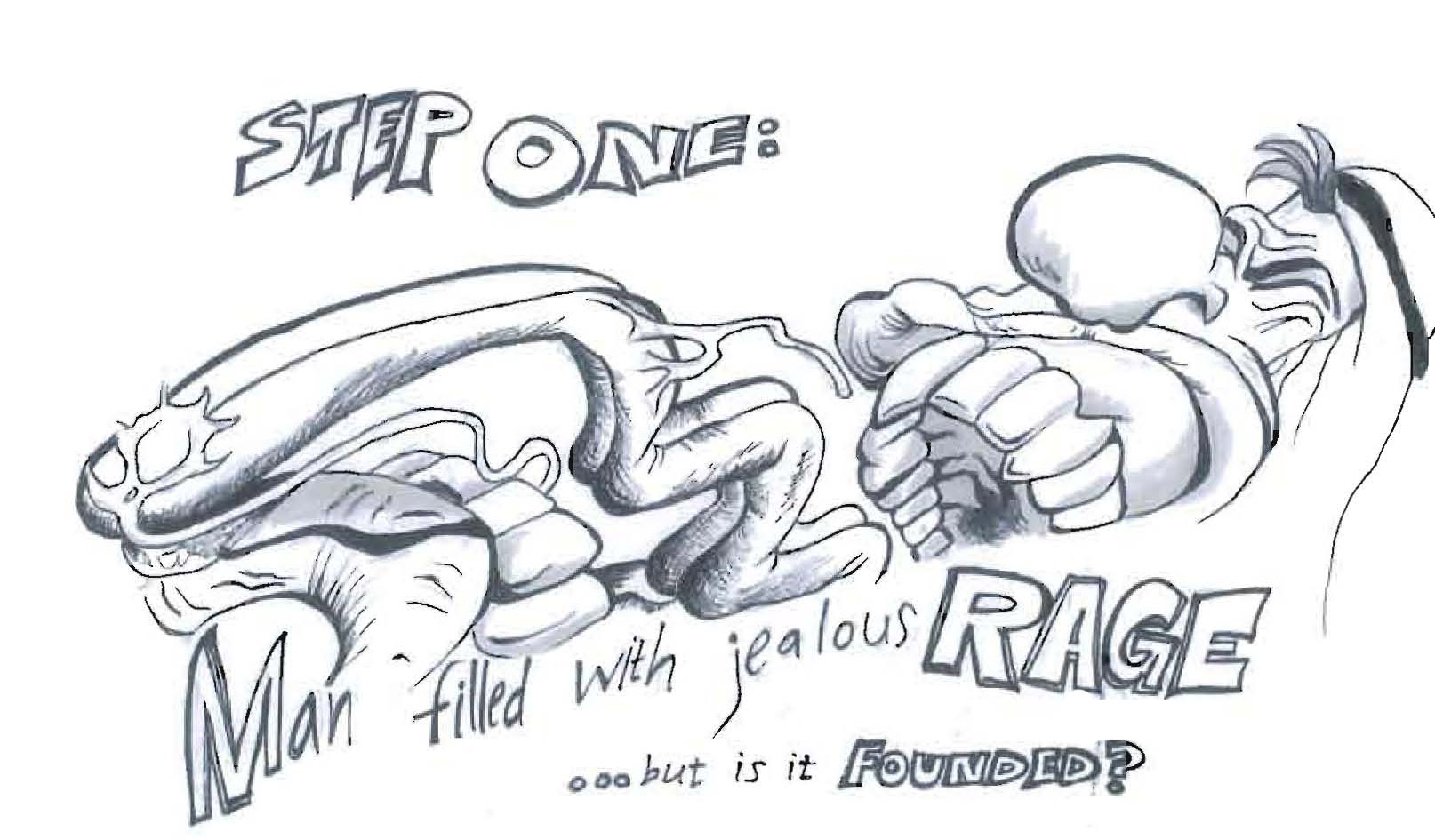 If you are a facebook user, you’ve likely received some sort of hack invitation recently to join or ‘like’ a page entitled Fact, all girls tell these 10 lies to men when they are cheating. (Note: the males are men while the females are girls.)  Even if you have not seen this page on the internet, you still have an opportunity to engage in cultural myth-making vis-à-vis women’s chastity with this week’s Torah portion.
In biblical times, there was a different kind of over-the-top forum for humiliating public disclosure, equally intrusive, but with much higher stakes: the Temple in Jerusalem.  Indeed, if you skip ahead to Chapter 5 of Numbers, you can read first-hand of the kind invasive intimidation tactics routinely used to “deal with” women whose husband’s suspected them of marital infidelity.
Because such a spectacle is better seen than described, I have taken the liberty to sketch out this rather involved procedure (see below).  Interestingly, the text does not include any kind of formal questioning about the suspected woman’s partner(s).  Considering how terrifying and demeaning this whole ritual must have been to the accused woman, one can rather safely assume that the desired effect was that she buckled under pressure and disclosed her tawdry secrets, if, indeed, such secrets existed.
The isha sota (or ‘deviant woman’) episode is disturbing on so many counts; one barely knows where to start working through these issues.  If the woman proves innocent, she must resume her marital life with a man who has caused her such shame (if this is the case, the man is expected to give an offering as well—but this is only a gesture to God, not to his wife whom he falsely accused).  If she is guilty of the charges, her “stomach distends and her thighs sag.”
Fast-forwarding to the Haftorah (Judges 13:2-25) which accompanies this week’s Torah portion, where we read of Manoach who, interestingly, appears suspicious of his wife when she comes to him and reports that an unnamed man appeared before her when she was out in the field all by herself and announced that she would soon become pregnant.  While Manoah’s suspicions do not appear to reach the level of jealousy described in the Torah portion, he does insist on seeing the “man” himself.  Particularly interesting with regard to this tale is that the son born to this couple as a result of the aforementioned annunciation is a strapping young fellow whose thunderous passion for the wrong woman leads him to his undoing.
What is to be learned here? One should exercise restrain not only in one’s actions, but also in one’s judgments of others.
Click on thumbnails for full-sized images, a step-by-step instruction on testing your woman: