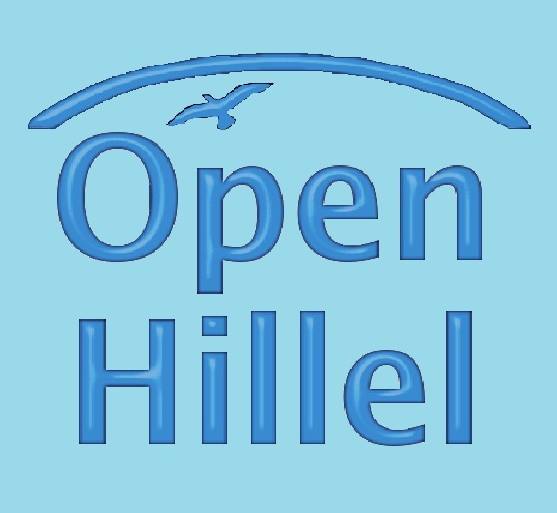 Rasha, what does he say? “What does this service mean to you?” To you and not to him. Since he excludes himself from the community, he has denied a the most important principle of Judaism. You should blunt his teeth by telling him: “It is for the sake of what Hashem did for me when I left Egypt.” For me and not for him. If he was there he would not have been redeemed.
I always liked Rasha, the wicked child.
As the child of two ex-Orthodox parents, I was taught the value of questioning established truths. My family challenged the idea that the Torah came from God; we challenged the idea that there was a God. We challenged the secular gods, too — the sexism of Walt Disney, the blind jingoism of the Iraq War. At my family’s Seder, when we took turns reading passages of the Haggadah, my dad — somehow — always got to read about Rasha. My relatives would tease him, and he would smile.
As a nerdy kid at Solomon Schechter Day School, I thought that Chacham, the wise child, gave all us bookworms a bad name. He was such a sycophant! Asking about every detail of halacha, Jewish law, striving only to do well on the test, missing the forest for the trees, never considering the larger questions or thinking for himself. Rasha wanted to know why we were doing all these rituals in the first place; he wasn’t going to subscribe to the Seder without first understanding it.
Like Rasha, I told myself, I had deeper questions.
In fourth grade, I realized that the Aleinu thanked God for creating Jews to be different from “the other nations.” Troubled, I asked my teacher why our prayers insulted other people. In seventh grade, as a budding environmentalist, I was horrified to realize every synagogue featured a Ner Tamid, an eternal flame. I asked why our tradition honored the endless consumption of resources. My teachers encouraged my questions; they appreciated that I cared enough to ask.
Yet Rasha’s fate troubled me. Because he separated himself from the community, he would not have been redeemed. According to the Haggadah, he would have forever remained in Egypt.. But in a Jewish tradition that so honored questions and challenges — there was even a Talmudic story about how a group of rabbis overruled God! — how could the Haggadah treat Rasha so harshly?
—-
In my sophomore year of college, I got my first email calling me a Kapo.
My crime? My friends and I had organized a conversation between the Progressive Jewish Alliance and the Palestine Solidarity Committee. When Hillel leaders told us that this joint event violated Hillel International’s Standards of Partnership for Israel Activities, we protested. How can we have an honest conversation about Israel/Palestine if we’re not allowed to talk to Palestinians? we asked. We started the Open Hillel campaign, calling on Hillel International to drop the Standards and allow students to ask the hardest questions:
What do human rights abuses mean to you?
What does the Occupation mean to you?
What does Jewish nationalism mean to you?
What do all these things mean to Palestinians, whose voices you refuse to hear?
By raising all these questions, we were told, my friends and I had separated ourselves from the Jewish community. We were Kapos; we were traitors; in the greatest Jewish drama of liberation, we would not have been redeemed. Hillel and the wider Jewish institutional world had enacted red lines on Israel so as to separate themselves from wicked, questioning, challenging children like us.
—
And yet, in the Biblical Pesach story, Rasha is not left behind. The entire Jewish community — the wise, the wicked, the simple, and those who don’t know how to ask — cross the red sea together.  And together they wander for forty years, diasporic and free, a group filled with doubters and dissenters and rebels.
In other words, questioning the Jewish community does not mean that we are separating ourselves from it. We question not from a place of distance but from a place of caring, engagement, and connection. And efforts to keep out the challengers, to blunt our teeth, are doomed to fail. After all, Rasha was redeemed. And Rasha has lived on, inside the apikorsim (Jewish skeptics); inside the bundists; inside the refuseniks; inside every Jewish individual or group that has challenged established truths and fought for justice.
And so, channeling the spirit of Rasha, I ask Hillel International, the Jewish Federations, and every other broad-based Jewish institution,
What does pluralism in the Jewish community mean for all of us?
What does empathy with other communities mean for all of us?
What does engagement with issues social justice mean for all of us?
What do responsive, accountable, democratic communal organizations mean for all of us?
L’shana Haba’ah, next year may we celebrate Pesach in an open Jewish community.