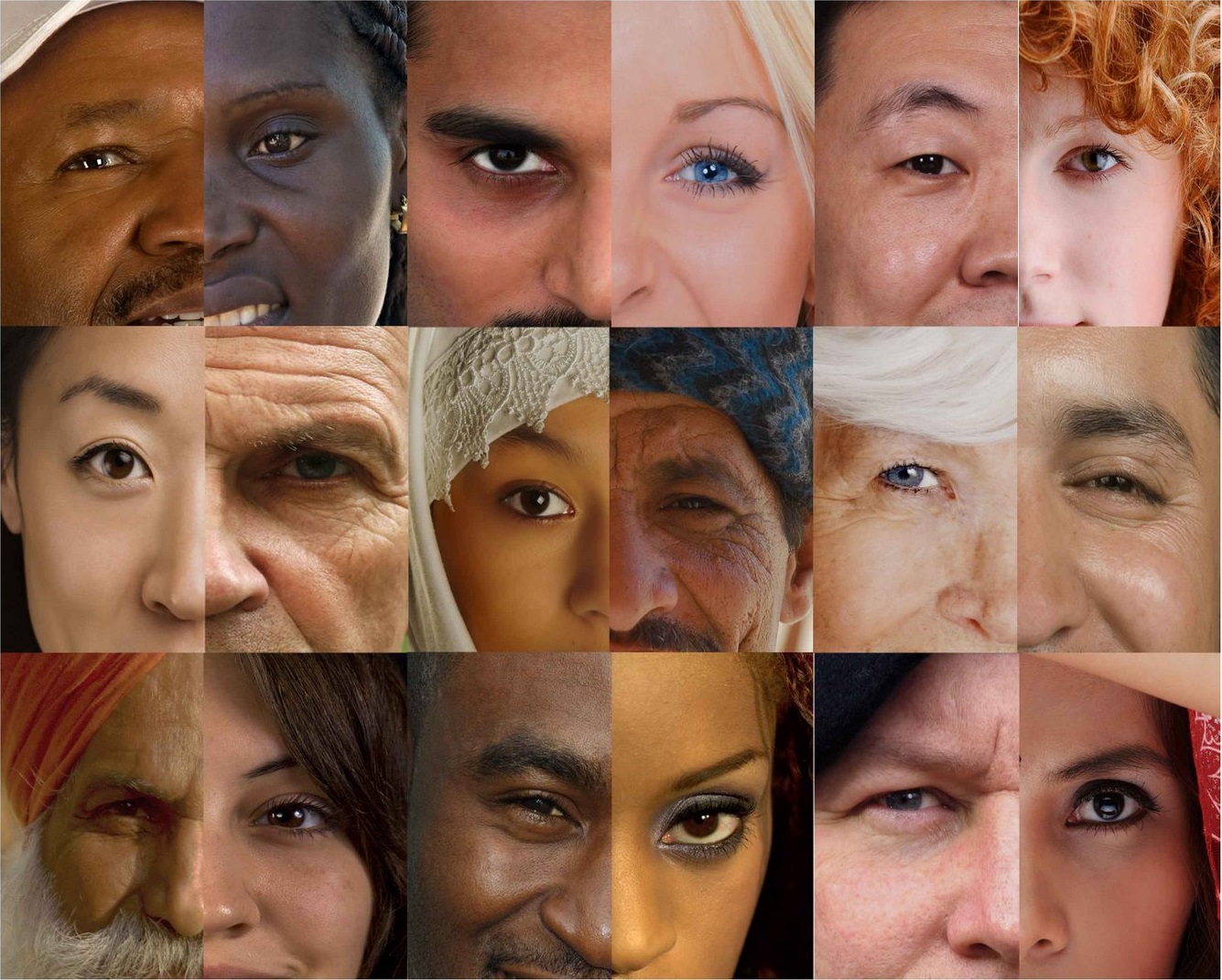 My first thought when I was told that there might be media present at the Jews of Color Convening was, “Heck yeah!” My second thought was, “Uh oh. So the white folks want to come and watch us brown folks, eh?”
Chava Shervington, President of the Jewish Multiracial Network, and I talked in depth about how we would balance protecting the Jews of Color who’d trusted the Convening to be a safe space with the importance of getting out the Convening’s message. How could we let media in without having full access to what they did and did not report? How could we let them see the Convening from our point of view? As we’ve unfortunately learned the hard way in the past, the answer is that we can’t control what the media sees or what they chose to present.
It is my opinion that the best pieces of news — blogs, articles, books, written about Jews of Color have been written by Jews of Color; that only we know how we feel and no reporter can fully understand what it is to be a Jew who doesn’t “look” Jewish.
Even when we share our truths through poetry, blogs, books, articles, interviews, and commentary, there are Jews more than willing to piece them into morsels in a way that makes our experiences more palatable, rather than validating our truths.
So how does a “white” Jew report about Jews of Color in a way that doesn’t undercut who we are? In no particular order I’ve come up with the top 10 ways to report or write about Jews of Color.

1. Do let a Jew of Color do the writing or reporting

When that’s impossible. Why? Read on…

“Did you convert?”
“Did you convert for (name of partner)?”
“Do you know X, they converted?”
“Do you know X, they’re Asian.”
“Was your father Jewish?”
“Were you adopted?”
“Are you Ethiopian?”
“What’s your story?”
These are just a sample of statements that Jews of Color are used to hearing. And it’s unfortunate that we know that we’ll always hear them.
Writing a piece about Jews of Color from the perspective that all Jews of Color have converted, or assuming that there is some “reason” that we are Jewish discounts the many Jews of Color who are Jews because we were born Jews. If you wouldn’t open an interview with a white Jew with the question; “Tell me about your journey to Judaism,” then don’t ask that of a Jew of Color.

5. Don’t allow your perspective as a non-Jew of Color distort the writing or reporting

In the United States White Ashkenazi normativity is pervasive in Jewish culture. I say this with the realization that many Jews of Color, myself included, are Ashkenazi Jews. And while this is true, many of us bring to our Judaism our black American roots through food, music, and traditions. We bring our Latin roots, our Asian roots, our Indian roots … you get the point. Sometimes these roots aren’t seen as “Jewish” simply because they are not what is the norm in European Ashkenazi Jewish Culture. And that’s okay.

6. Don’t lump together Jews of Color in America with Jews from other countries

If you’re not reporting about Jews in Ethiopia (or China, or India or Uganda, etc.) There’s no need to talk about those communities in relation to all Jews of Color.
This speaks a bit to point #3. There are so many Jews of Color across the globe and in the farthest reaches of the world. In fact, it has been suggested that you can find Jews on every continent except Antarctica. To place Jews of Color vis-a-vis Jews of (Blank) assumes there’s a “reason” behind someone who is, say, Black and Jewish.

Geographically speaking, Ashkenazi Jews have European roots and Sephardic Jews have Spanish roots. Many Jews of Color have either Ashkenazi or Sephardi minhag because of marriage or birth. Often it is the norm for rabbis and others to presume that their audiences share a European background, such as saying “Our ancestors who came from Poland…” These are problematic because the assumption that Ashkenazi means white erases the various cultural narratives of Jews of Color.

Several news outlets have reported on fringe groups like Hebrew Israelites or Commandment Keepers touting leadership in these organizations as leaders for all Black Jews when a simple Google search would give some clear answers. If you wouldn’t call a Messianic Jewish leader the Chief Rabbi of Ashkenazi Jews in the U.S, why report that a leader of a religious group that’s not Jewish is the leader of all Black Jews?
When it comes to Jews who are Black and Jewish reading articles like this is not only maddening because it’s not true, it gives Jews who don’t think there aren’t issues with racism or lack of diversity an out. I cannot tell you how many times I’ve received emails, Facebook comments, or Tweets telling me that there is a Black Synagogue in Harlem that I should go to if I want to be around “my kind”.

10 Don’t treat Jews of Color as a monolith

“Jew of Color” is a sometimes complicated title for a myriad of people of color who identify as Jews. Jews of Color are a wide and varied people that reflect a range of races, ethnicities, and nationalities, family backgrounds, sexual and gender identities, religious practice, political beliefs, and a diversity of other characteristics that make us all uniquely human.
It’s impossible to make the statement, “Jews of Color are (blank)” because it’s impossible to lump every Jew of Color together.

My final advice for journalists

Mistakes will happen. It’s inevitable as we are only human, but as more and more Jews of Color make more of an effort to voice our opinions, air out our problems, and alert the Jewish community in where we as Jews are racist, resistant to change, closed off, and intolerant the greater need for responsible reporting is necessary to combat ignorance and move us towards greater “Big Tent Judaism.”
We like to say, “Welcome the stranger in your midst” in this season. Too often Jews of Color who hold a rightful place at the table are seen as outsiders. We can do much better.
I am glad to be going into this Convening surrounded by over 100 Jews of Color. I’m excited to be in a Jewish space where I am not the minority, where Jews from varying shades of beige, brown, and black will be able to speak our truths and hear with our hearts. I’m excited for the simple solace of not having who I am questioned. So if you’re coming to report on this magical space in time, respect it. Know that you will be standing, like Moses did at the burning bush, on holy ground.