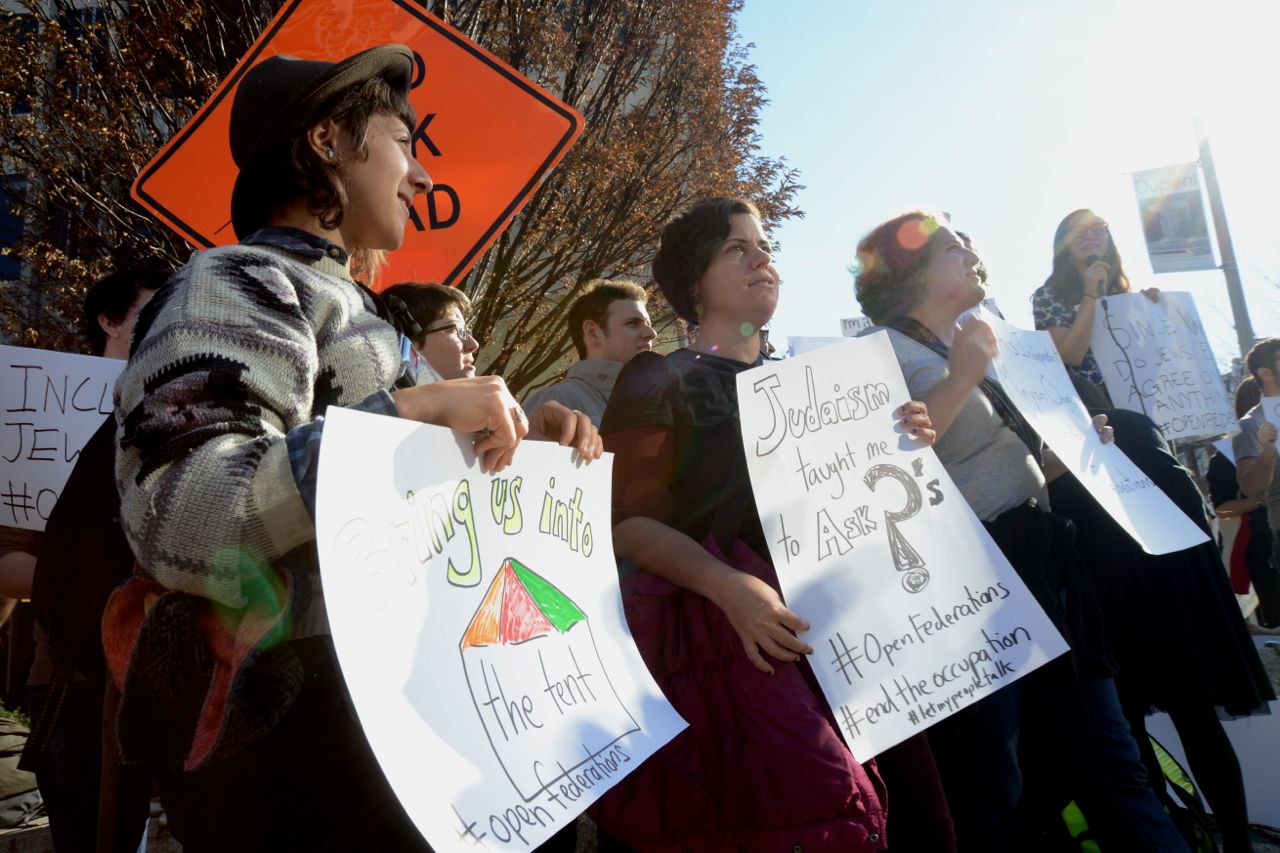 Thoughts on BDS; or, What are You Doing to End the Occupation?

There are actually two types of liberal Zionists… One type is genuinely appalled by Israel’s behavior and criticize them almost as harshly as we do. They may even favor BDS or if their Zionism prevents that, they acknowledge that Israel reaps what it sows. The other type only cares about the two state solution as some abstract goal whose only purpose is to make them sound liberal. They downplay the cruelty of Israel as much as possible, never speak about Israeli atrocities though they do condemn Palestinian terror, and restrict their criticism to settlement building. That last bit is crucial– it is true that settlements are a crucial issue, but by reducing Israel’s crimes to settlement building they make Israeli misdeeds seem nonviolent and abstract, while the only violence ever condemned is Palestinian… The injustice to Palestinians isn’t something that should create any sort of rift between the US and Israel. Some people matter and some don’t.

d) A lot of BDSers are against the existence of the state of Israel, and JVP itself is agnostic on the subject, but for me, the alternatives are bleak. It’s hard to imagine a binational state working after everything that’s happened, when even the Czechs and the Slovaks don’t want to be in a state together. Maybe some kind of federal arrangement could work, I don’t know. I’m rather a Utopian, so i don’t want to say it’s impossible. But while the time for the two-state solution may well have passed, any final status arrangement would have to include some means by which the Jewish community could control the borders and cultural life of whatever entity it’s left with, for all the (valid) reasons that Zionism arose in the first place. In the end, I’m still a liberal (post-)Zionist, lame as that may be at this point.
So if a full economic, academic and cultural boycott of Israel is not the answer, but yet the status quo is intolerable, something must be done – but what?

J-Street has its problems, being at once too moderate, too inside-the-Beltway, and too autocratic. But given where the politics on this issue are, it has an crucial role to play.

New Israel Fund (itself similarly vilified) is the main overseas fund-raiser of these irreplaceable organizations.

Either the Occupation is not Israel, and actions targeted against it are not against Israel’s “right to exist,” or the Occupation is Israel, and Israel’s existence depends entirely on the forced suppression of Palestinian identity and nationhood. In the latter case, we would have to rethink the entire Zionist project, which I suppose is what BDS does. I’m not there, but you can’t have it both ways.
Oh, and feel free to academically and culturally boycott anyone who lives or works in the Occupied Territories as well.

Here’s a question to ask your synagogue or rabbi, your Federation, your JCRC, your local Jewish newspaper. It’s a simple question, very clear and concise. It deserves to be considered, and it needs to be answered. It is this:
What are you doing to end the Occupation?
The oppression of the Palestinians is inexcusable. It is not “Jewish” in any way that makes any sense to me.
BDS is a response to Occupation, and is not, in its origin and motivation, an expression of antisemitism (although antisemites may well find common cause there). If Israel wants to deal with it, and to be a full and fully accepted member of the international community, even in the eyes of its coreligionists, then the Occupation must end. It’s really as simple as that.

One thought on “Thoughts on BDS; or, What are You Doing to End the Occupation?”