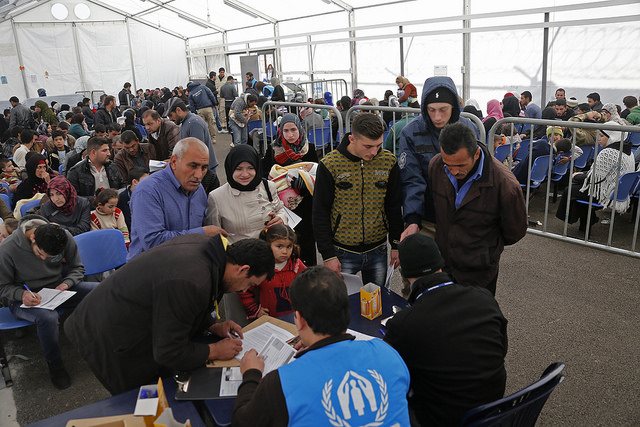 The last thing I want to talk about is the Holocaust. From where I stand, it’s bad enough that Hitler decimated our grandparents’ generation. Letting discussion of the Third Reich and the Final Solution parasitically take over Jewish discourse two generations later seems to me that it’s giving Hitler a posthumous victory. A full year of my own Hebrew School education was dedicated to learning every minute detail of Hitler’s plan – memorizing the names of death camps and the terminology for each different position in the camp hierarchy, not to mention God knows what else. Imagine if, instead, we had spent a year learning about Rashi, Maimonides, and Heschel instead of Goebbels, Mengele, and Braun.

But learn about the Holocaust we did, and while these days I have trouble remembering the difference between kapos and sonderkommandos, the headlines of my Holocaust education persist: “Remember” and “Never Again.” So I’ve found it increasingly troubling that in recent years, some in the Jewish community bristle whenever the memory of the Holocaust is invoked in contemporary political debate. It’s almost as though to some, “Never Again” was a descriptor rather than our marching orders. The Holocaust was a singular tragedy, their logic seems to say, so to compare anything to the suffering of European Jews in the 1940s somehow diminishes their memory.

I have witnessed this on the local level, such as during a post-show discussion of a play about gay men in the Holocaust, when elderly Jewish audience members suggested that remembering other victims of the Holocaust unfairly took the focus off the true victims of the Nazis, the Jews. And we have witnessed this on the national level, such as when the ADL refused to acknowledge the Armenian Genocide, going so far as to oust the New England Regional Director who broke ranks by showing solidarity with the Armenian community. Too often, one person’s attempt to Remember – particularly when they attempt to do so by pursuing acts of justice and kindness, as we pledge to do in our memorial prayers – is shot down as somehow degrading the memory of those who died.

This week, the question of whether we have learned anything from the experience of the Holocaust has bubbled up once again as the United States debates how to respond to the burgeoning Syrian refugee crisis. It did not take long for articles citing the plight of the St. Louis began circulating, arguing that our Never Again ethos requires us to Remember how Jewish refugees were turned away from the US and sent back to meet their deaths in the crematoria of Europe. Jewish institutions such as HIAS have taken the lead in amplifying the call for compassion and organizing our communities to provide the resources to resettle those who have been displaced. But there has been a similarly swift reaction from some in the community going out of their way not only to oppose US acceptance of refugees but to insist that any comparison to our own experience as refugees is unwarranted. A typical complaint is that Syrian refugees won’t be sent back to death camps as the Jewish refugees were, so how dare anyone make a connection between the present and the past.

It is absolutely fair that some on the right have pointed out the hypocrisy of those who decried Holocaust analogies in the Iran nuclear negotiations are among those employing analogies now. I will let others argue whether or not there’s a difference in how the analogies are being employed in those two situations. Regardless, tragedies don’t need to match up one to one in order for us to apply the lessons from one to prevent the next. The world spins ever forward, so no future tragedy will ever be an exact replica of what happened to us. That is not a signal that we successfully implemented a “Never Again” strategy; that’s simply progress. Somehow, as a people, we have agreed that “don’t seethe a kid in its mother’s milk” means we shouldn’t eat chicken parmesan despite a) chickens not being goats and b) chickens not producing milk, and yet if a details of a contemporary geopolitical event don’t exactly match something from our past we cannot draw lessons? That doesn’t seem very Jewish to me. To claim that any invocation of the Holocaust in contemporary debate is a desecration of the Holocaust is the surest path to a future in which we don’t “Remember,” and “Never Again” is reduced to an empty slogan.