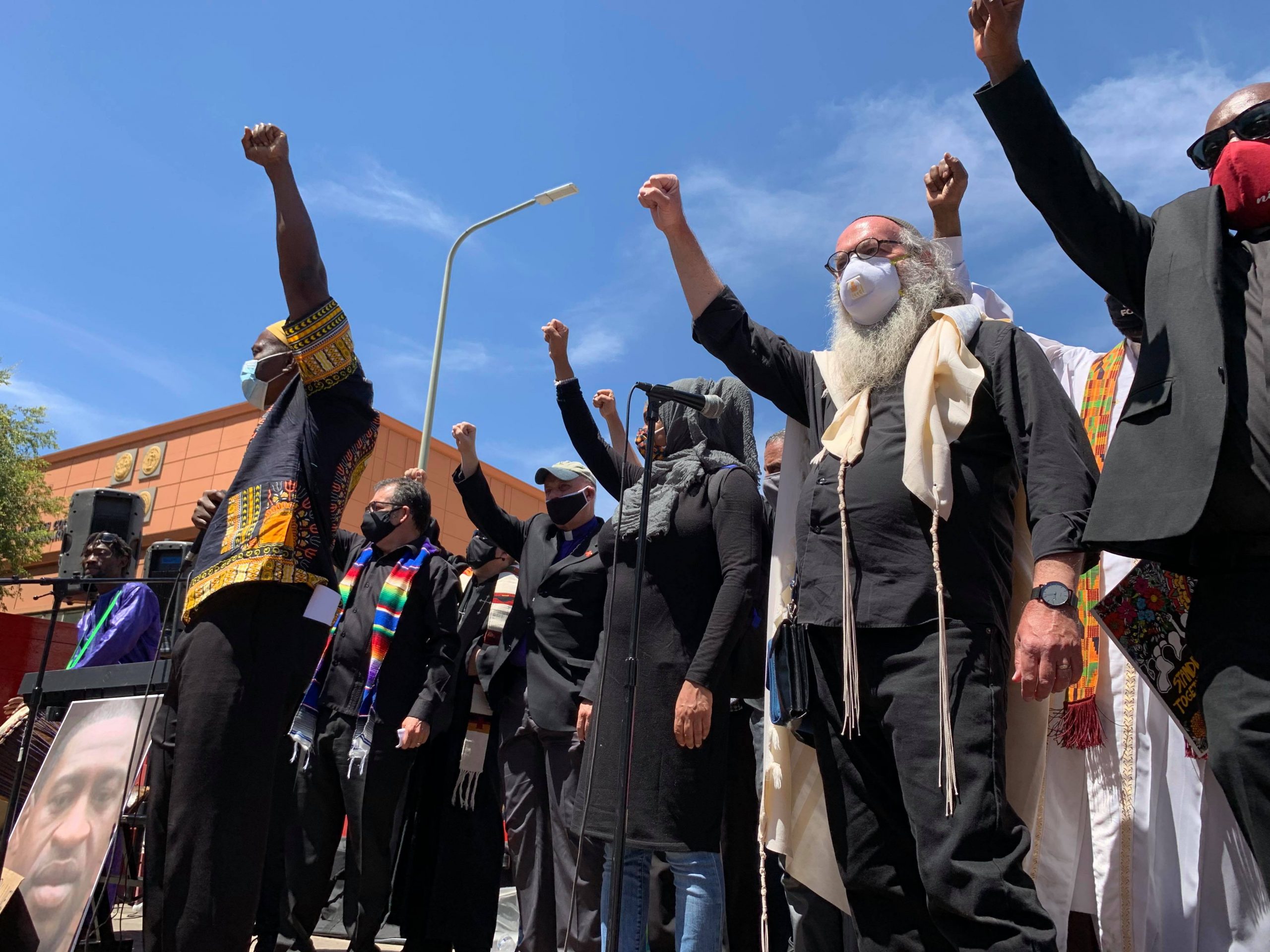 After the Derek Chauvin verdict last Tuesday, the only logical place to be was with Black Lives Matter in the streets in front of the Mayor’s house in Los Angeles. With BLM, because it is only as a result of the leadership of Black organizers that a police officer was finally held accountable for killing a Black man. In the streets, because that is where this conversation takes place, that is where this reframing and teaching by Black organizers takes place. The streets where hundreds of thousands of people across the country came after George Floyd was murdered last year. In front of the Mayor’s house in Los Angeles, because on the day that Chauvin was convicted, Mayor Garcetti presented a budget to the City Council which increased the Los Angeles Police Department’s budget line. The demand to #DefundthePolice has never been clearer or more obvious than this past year, and still the Mayor of Los Angeles does not hear it.

And so I stood with BLM LA on the streets, in a sacred gathering to memorialize George Floyd and pledge in his name to continue fighting for alternatives to policing. To disarm, defund, and ultimately abolish the police. I was asked to say a few words and here is the Torah that I offered.