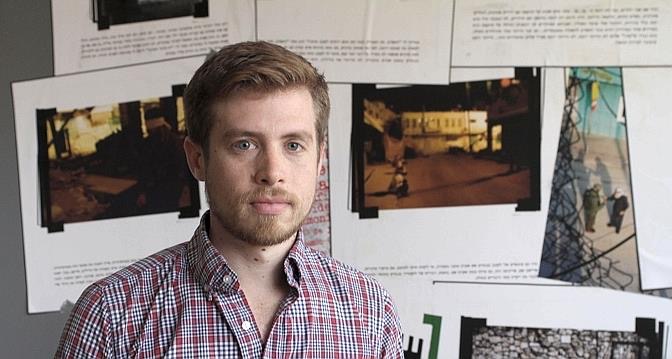 Whither — or Wither — Morality?

Whither morality in this moment of Annexation? Is it withering? Or is it reviving?

For decades, Israelis and Jews around the world have been taught that the Israeli Defense Forces (IDF) is the “most moral army in the world.” Derived from the concept of “purity of arms,” the Spirit of the IDF claims its values are rooted in the traditions of the Jewish people, the State of Israel, the IDF itself, and  “universal moral values based on the value and dignity of human life.”

Since 2004, Israeli NGO Breaking the Silence (BTS; Shovrim Shtika in Hebrew) has been focused on ensuring that current and former Israeli soldiers can testify about the reality of what happens in the West Bank and Gaza, to see if those teachings about the IDF’s morality bear out. To hold a mirror up to the Spirit of the IDF, from within, and see what the Spirit looks like in human form.

Unfortunately, testimony after testimony, video after video, report after report, has revealed a profound lack of adherence to Jewish tradition and “universal moral values.” Instead, these reports have documented thousands of immoral, often violent, acts — and failures to act — committed in the name of Occupation, rather, as the Spirit of the IDF claims, than in the name of Jewish tradition and universal moral values.

Initially, the Israeli government took these testimonies somewhat to heart, even inviting a showing of the group’s initial photo exhibition at the Knesset. But after that initial response and reflection, the approach, particularly during the Netanyahu era, has been wholly and aggressively hostile — with, among other things, a law directed specifically at attempting to stop their work in schools, a video instigating violence against Avner Gvaryahu, Executive Director of BTS, and attacks by settlers against the organization’s leaders during its tours of Hebron, often while soldiers watch and do nothing.

So, as we stand in the moment where the immorality underlying the Occupation is set to be cemented into permanent reality through Annexation, it is reasonable to ask — how do we deal with morality?

Do we push it to the side, as many mainstream American Jewish organizations — like AJC, ADL, AIPAC, Federation/JCPA, WINEP, etc — seem willing to do as they simply accede and defend Annexation, because invoking it seems weak and inconvenient against the political ambition and strength of the Netanyahu-Trump axis and its vocal and wealthy supporters? Do we pay lip service to it while analyzing Annexation, either positively or negatively, through what is in Israel’s political, economic, and security interests? Or do we double down and demand that morality truly be at the center of Israeli policy and reality, even as that could be criticized as a naive and failed approach?

For Gvaryahu, who grew up in an Orthodox Jewish home and attended religious schools, it is very much the last — morality must be front and center in the opposition. “It is critical to oppose Annexation because it is wrong. Not because of what’s in Israel’s interests but because it makes a system of inequality permanent. It makes apartheid systemic. And that makes all of this a moral issue because apartheid is morally wrong. We cannot move away from focusing on that.”

“It is critical to oppose Annexation because it is wrong. Not because of what’s in Israel’s interests but because it makes a system of inequality permanent. It makes apartheid systemic. And that makes all of this a moral issue because apartheid is morally wrong.

We can’t move away from it, according to Gvaryahu, because if we do, we risk allowing the Occupation to become normalized as somehow a lesser evil — when it is the core evil. He continued during a recent interview for Jewschool, “we have to realize that the far right, now enabled by Trump and his evangelical allies, centers on its ‘values’. There has been an Annexation camp for years, debating against the camp preferring the status quo of domination through Occupation. The main reason we see the shift now is the impact of Trump and his base, which has enabled the Annexation camp.”

If the Annexation move is then one that has been enabled by Trump and the values of the extreme right, as an important new anti-Annexation video also potently makes clear, then what does the Israeli public feel? Can a focus on morality help?

In addition to a recent, clear statement by BTS founder Yehuda Shaul saying morality must be at the center of the Annexation fight, Gvarayhu pointed to a recent poll by Hebrew University’s aChord Institute. That polling showed approximately 69% of the overall Israeli (Jews and Arabs) population are opposed to Annexation. Only 36% of the Jewish population support Annexation, yet respondents said they believed 52% of Jews supported, meaning the perception of the Annexation’s camp is stronger than it is.

The central feature of the poll, however, is the realization that for most Israeli Jews, Occupation has worked. They no longer need to care about what is happening to Palestinians nor pay much attention to the debates. The Occupation has successfully kept the question of whether the IDF or the State of Israel itself is behaving in a moral way out of their lives. Even more so during the health and economic crises of the COVID-19 era. 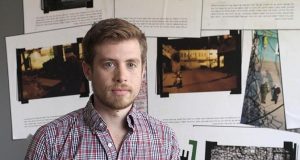 “The most dramatic thing Annexation does is uproot any sense of hope in the struggle. That is what we have to oppose with all our might.” And that opposition will come from a focus on morality, on clear and direct language that does not hedge or equivocate. As the aChord researchers also showed, it will not come from education and facts; it will come from being clear about identity, about what is at stake — not sovereignty, but morality.

“That means a movement is needed — one that needs Jewish religious figures, educators, international players, strong Palestinian leadership, Arabs and Jews working together — to make a real shift. Of course, that is a challenge given the complexity of the situation and the fact that there are two different systems in place — one a flawed democracy and one a military dictatorship — that need to be addressed and changed. But there is no choice, as it is the depth of the family and values-driven bonds that makes the right strong, and that equivalent must be what ultimately underlies the left. But that takes concerted time, energy, and funding,” Gvaryahu said.

The most dramatic thing Annexation does is uproot any sense of hope in the struggle. That is what we have to oppose with all our might.

Is there a chance that this moment of interest, when such bonds seem possible given the concentrated attention on Annexation across the globe, goes away, and with it that energy? “That is what keeps me up at night. The hype around Annexation and July 1 can make people lose interest if what the government does is not dramatic.”

Consistently speaking directly and acting according to values, tradition, and morality is what drives Gvaryahu, and it is what should underlie the Spirit of the IDF. While the IDF is engaged in upholding the immoral acts of Occupation and eventually of Annexation, that Spirit is flawed. Those who believe in Israel must not wither in the face of invoking and being driven by morality.

“We have to be clear that the problem is Occupation rather than just Annexation. We have to raise up Palestinian voices that say ‘we already live under de facto apartheid; it’s not just a possible problem in the future. It is what we experience now.’ And that means the question facing the Israeli public and Jews around the world can’t be what is good or bad for Israel, but what is right and wrong.

We have to make clear that apartheid, under Occupation or Annexation, isn’t just bad policy for Israel or a problem because it may anger the Arab world.

It’s immoral, and it’s a crime. Nothing less.”