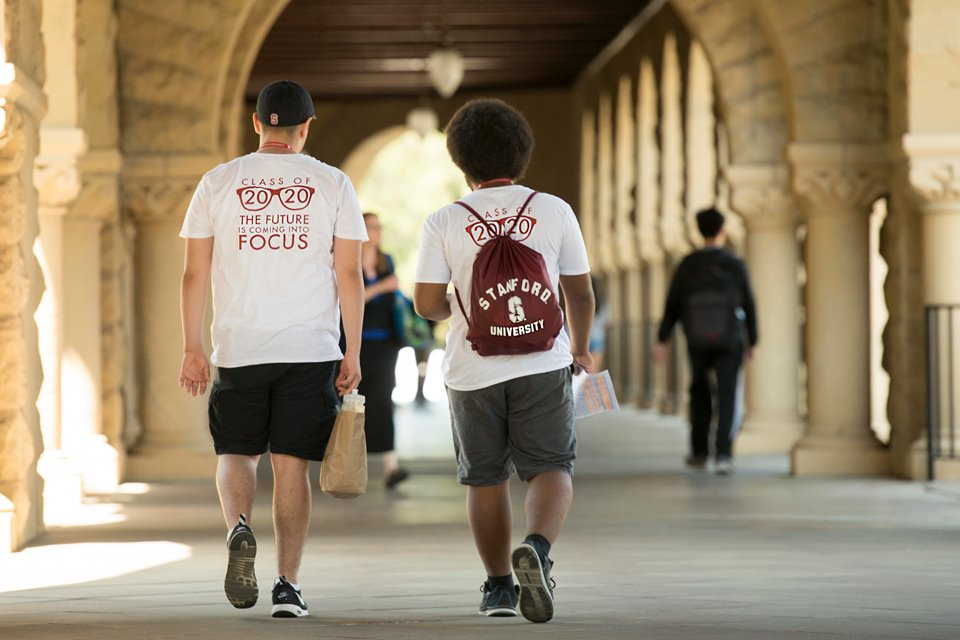 Hannah Smith is a Master’s student at Stanford University in Latin American Studies.

This week I opened my drawer at my family’s home in Maryland to find the t-shirt I received upon my acceptance to Stanford four and a half years ago. The back of the t-shirt taunted me – “We have 2020 vision.” The slogan reminded me of the others littering Stanford’s PR campaign for my graduation class year. “The future is coming into focus” brochures boasted while others asked me to consider “What’s your vision?”

I think it’s quite safe to assume that nobody had clear 2020 vision when it came to 2020. Yet in the past few weeks, black activist visionaries are showing the country a path towards a different, more just and equitable future. As I attend virtual movement trainings, activist calls, and protests during the week I once thought would be filled with graduation celebrations, I am grounded in how little my vision matters.

Judaism believes in the collective. Unlike Christianity, salvation is not an individual prize but rather a Messianic age earned by universal desert.  Midrashim suggest the Mashiach will come if Israel all repented a single day or if Israel all observed a single Shabbat. Judaism teaches that a more just world fundamentally requires communal action.

Yet how are we to decide which collective behaviors lead to justice? Once again, Judaism offers collaboration in response. Pirkei Avot says it best:

“Do not render decisions alone;
There is but One who judges alone.
Never say to your colleagues, “You must adopt my view”;
the prerogative is theirs, not yours to coerce.” (Pirkei Avot, 10)

“Uproot yourself to live in a community where Torah is studied;
Do not delude yourself that the Torah will come to you.
Only with colleagues can your studies be fortified.
Do not rely on your own understanding.” (Pirkei Avot, 18)
We need others to help inform our decisions. We need shared values within our communities to reach understanding.

Judaism’s collectivism is directly in conflict with the U.S.[1] dominant political culture of individualism. Stanford, as a part of the system of U.S. elite institutions touts the individual (and the importance of our “visions”). The myth of “merit” – that those who achieve admissions to Stanford and other elite institutions are exceptional or deserving – masks the ongoing class differentials in admissions to Stanford and other Ivy Leagues.[2] A recent report submitted to the California legislature revealed that 17.8% of Stanford admits to the Class of 2023 were either children of Stanford graduates or relatives of donors.[3] The admissions rate that year was a record 4.34%. Unsurprisingly, a ticket to the elite ring of our country is not about individual merit. The myth of meritocracy, in fact, was originally designed to keep well performing Jews out of the Ivy League.[4] We should not be fooled into thinking we as individuals are independent of the systems that bind our society – white supremacy, capitalist colonialism, heteropatriarchy, etc.

The American Jewish community (as I have experienced it) has internalized merit-based individualism and with it, many aspects of white supremacy. Euro-American male Jews benefitted from the GI Bill and FHA and VA mortgages to build capital and purchase home owners’ land.[5] I knew my family’s bootstraps story well – my grandparents were first generation Americans, didn’t go to college, had my Dad and uncle, enabled them to attend college, watched as each brother earned higher degrees, and my cousins and I attended MIT, UChicago, and Stanford. Only later did I learn that my great-grandfather made a living as a landlord in a predominantly black neighborhood. As Ashkenazi Jews embraced whiteness and government benefits, African Americans were “offered the cement boots of segregation, redlining, urban renewal, and discrimination.”[6]

A more just world requires collective action. Black Americans are organizing their communities to dismantle the enshrined system of U.S. white supremacy that has oppressed them and their ancestors since 1619. Why, I ask, are American Jews choosing to cling to merit-myths, property and capital we accumulated through exploitation, and our whiteness?

I know what my vision is. I believe our American Jewish community must take collective action to dismantle white supremacy, both domestically and in Israel. Yet I am not so foolish as to “rely on [my] own understanding.” To confront the challenges facing our world, we must release our grasps on merit myths, our own visions, and individualism. Instead, let us come together as Jews, a people with a rich history of fighting oppression, to debate and argue and determine how we will take communal action to reach a just world. “Be exceedingly humble, for a mortal’s hope is but the grave.” (Pirkei Avot 4) Let us learn and grow, together.

[1] I choose not the use the term “America” or “American” for the United States in my writing. To many Latin Americans, the continents North and South America merit this term. More information available here: https://www.theatlantic.com/national/archive/2013/06/what-does-american-actually-mean/276999/