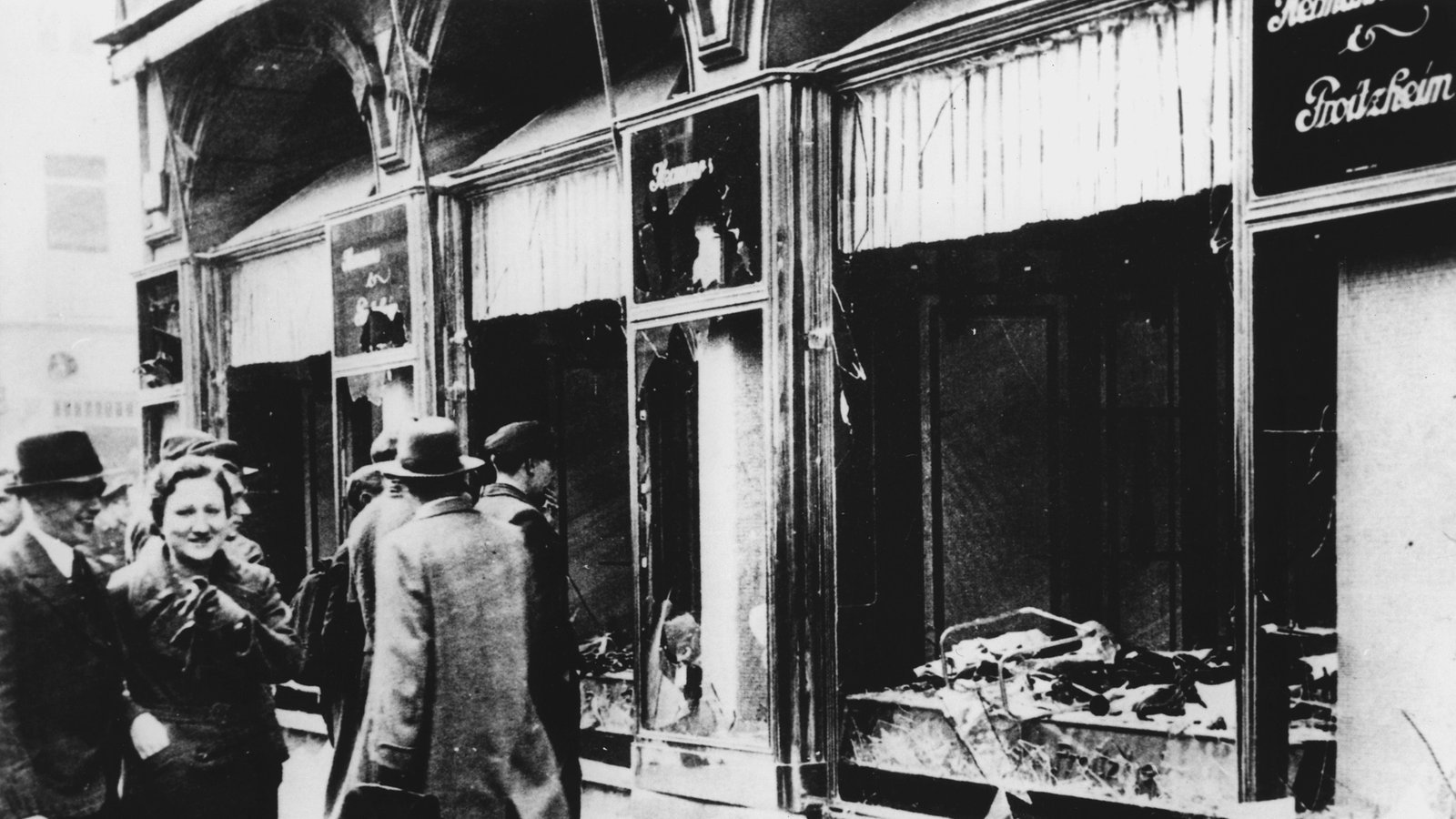 This piece of Yom HaShoah #TorahForTheResistance is part of a campaign by young rabbis, rabbinical students, and students of religion about Jewish resistance to Trump through the lens of faith, Judaism, and spirituality.

[pullquote align=right] On the 78th anniversary of Kristallnacht, America elected a right-wing populist to office.
[/pullquote]When I woke up election morning, I was struck by the awful irony it was the 78th anniversary of Kristallnacht. Just 78 years earlier on the day America elected a right-wing populist to office, my grandfather Frank Shurman awoke to a world that was hiding in plain sight. Election day morning, 78 years later, many of us also woke to an America that had perhaps been more or less visible to each of us, depending on our privilege. Since Election Day I have been sitting with the images of resistance my grandfather’s story offers me as it continues to echo across time. The story he told about what happened 78 years earlier gave me an image of resistance I’ve carried with me most of my life. But recently I’ve discovered another story of resistance, one he didn’t tell me when he was alive.
I first heard my grandfather tell his story when I was a teenager, as he read from his own account of his family’s narrow escape from Nazi Germany. He spoke of a happenstance meeting with an American woman. With no prior relationship, she agreed to sponsor my grandpa and his family to come to America. This story illustrated the power of resisting hopelessness and easy solutions. In it, he described how his faith in this stranger, combined with her steadfast commitment to him, allowed them to overcome long bureaucratic processes and financial barriers and eventually grant my grandfather and his own father their release from Buchenwald. Our family and this woman’s family formed a profound bond that endures generation to generation, enriching each family with the legacy of these particular acts of resistance.
But recently, as I reread a eulogy for my grandfather, I was reminded I am heir to another kind of resistance. The eulogy speaks of my grandfather’s work for the US Army after he left Germany, and eventually made his way to the US. For his first few years in this country, his job was to screen German prisoners of war. The eulogy describes how, in 1976, The Federal Republic of Germany honored my grandfather for this work by giving him the Order of Merit, First Class – Germany’s highest civilian honor. As he accepted this honor he said,

The tragedy of the Thirties in the country of my birth has taught me, among other things, that the bonds of humanity transcend, by far, the restrictive bonds of national, religious, political and cultural identity. This conviction was put to the test for me when my Army assignment during World War II required that I meet face to face with those who could be labeled my enemy. I emerged from a struggle of conscience confirmed in my belief that retribution has no place. I feel enriched by that struggle, by having been forced to differentiate between transitory and relatively insignificant values and those which are truly fundamental.

My grandfather never spoke to me about this period of his life. He did not share the unimaginable struggle he must have endured to face those who had been complicit in, if not active contributors to, the systematic murder of his friends and family. These days, in very different times and circumstances in so many ways, I still find myself particularly tempted to label people I read about in the headlines as “other”, and perhaps less worthy, because of their histories or political loyalties. But this excerpt from his eulogy gives me another model of resistance – a moral and spiritual resistance that enabled him to, in his words, “differentiate between transitory and relatively insignificant values and those which are truly fundamental.” The German government honored his refusal to betray his fundamental belief in the inherent humanity and value of each person before him as he questioned these German POWs. This act of resistance demonstrates his unshakeable commitment to civility, democracy and love – his refusal to dehumanize even those who had dehumanized him.
[pullquote align=left] How can I “call people in” rather than indulging my impulse to “call people out”?
[/pullquote]The story of resistance he told me as an adolescent nourished my faith in the goodness of others, under the right circumstances. The story of resistance I’ve been reminded of by his eulogy challenges me to hold onto this faith in others even as I encounter people who I believe may not be upholding my best interests. If my grandfather had shared this story with me when I was a teenager, I wonder if I would have been able to articulate any of the questions I have for him now: How can we resist our tendencies to self-protectively label those who do not share our values as bigots, ignoramuses and miscreants? What did you need to do in order to overcome your internal barriers to see those who would dehumanize you as worthy of dignity and respect? In my activism and advocacy, how can I strengthen my capacity to “call people in” rather than indulging my impulse to “call people out”?
Perhaps as we discover examples of resistance in our own family stories, we can call upon the wisdom of our ancestors, and use it to take the first tender steps towards healing our fractured nation and world.