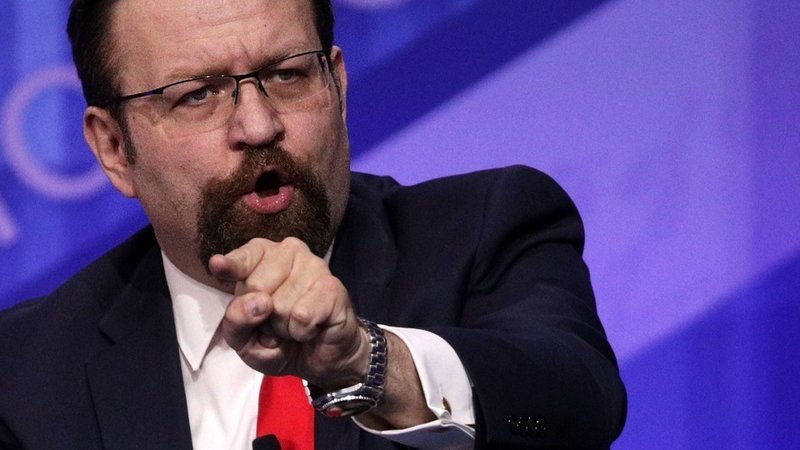 Sebastian Gorka is well documented Nazi and works in the Trump White House. He has been invited and is scheduled to speak at the Jerusalem Post Annual Conference. Rabbi Rick Jacobs, the president of the progressive Union for Reform Judaism is also scheduled to address this conference.
As recently reported in The Forward, Gorka is now a deputy assistant advisor on terrorism to President Trump, despite a history of racist and violent affiliations:

In a subsequent report, leading members of the Vitézi Rend — an organization the U.S. State Department has designated as having been under Nazi control during World War II — told the Forward that Gorka was a sworn lifetime member of their organization. Gorka has on several occasions worn a medal associated with the Vitézi Rend in public, including to an inauguration ball this past January. Members of the Vitézi Rend who apply for visas to come to the United States are “presumed to be inadmissible,” according to the State Department’s Foreign Affairs Manual. Gorka has not responded to inquiries about whether he disclosed his own Vitézi Rend affiliation when he immigrated to America or when he applied for U.S. citizenship.

Rabbi Jacobs should not speak at this event while Nazi Sebastian Gorka is still on the agenda. We call on Rabbi Jacobs to use his sizable platform to force the Jerusalem Post to disinvite Gorka or refuse to participate in this event.
[button url=https://www.change.org/p/rabbi-rick-jacobs-r-rick-jacobs-don-t-stand-with-nazis?recruiter=8853748&utm_source=share_petition&utm_medium=facebook&utm_campaign=share_for_starters_page&utm_term=des-lg-no_src-no_msg icon=comment]Sign this petition[/button]