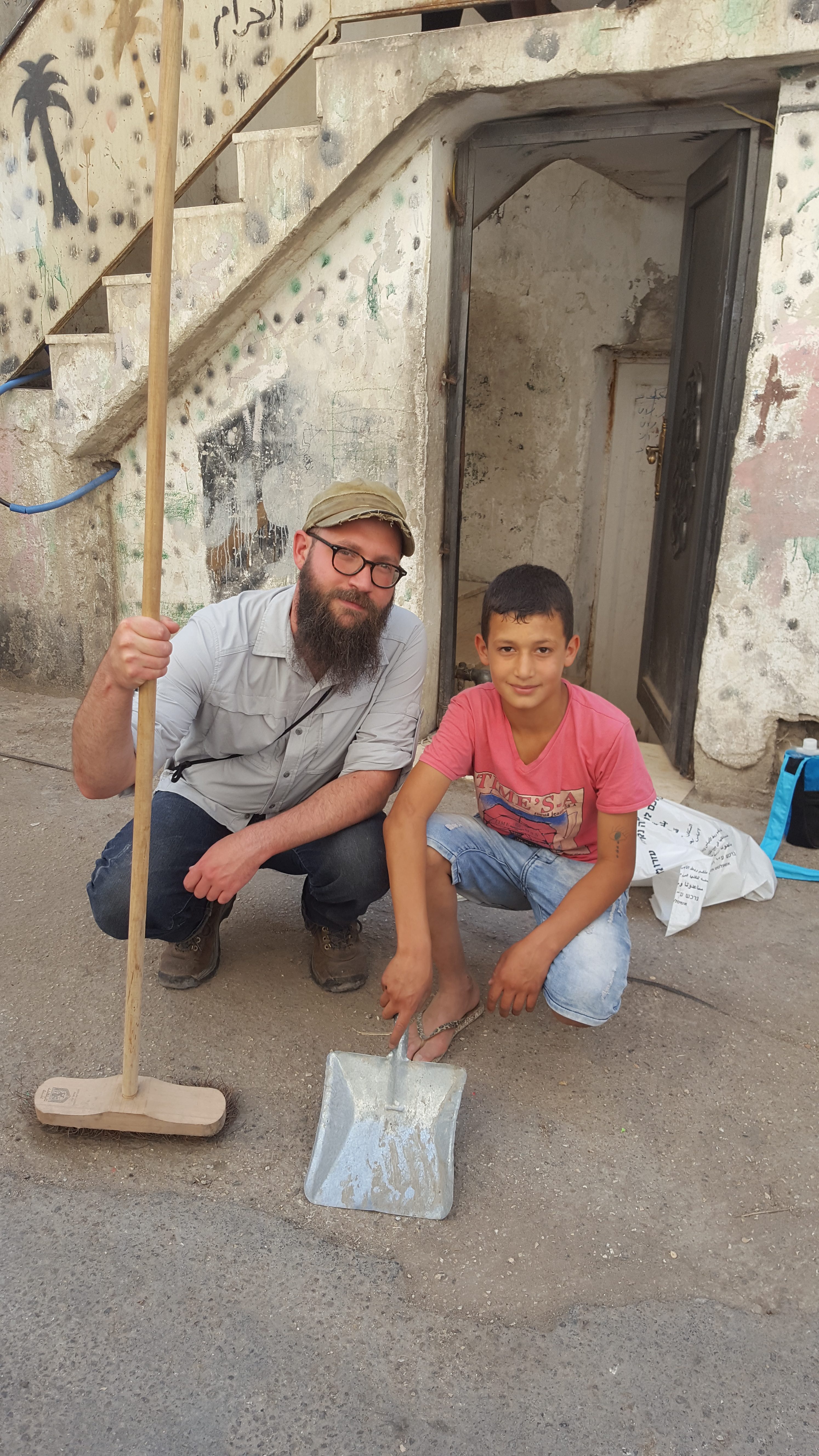 October 3, 2017May 4, 2018 by R. Alana Alpert
[pullquote align=right] I can hear my ancestors say: you can stand here and pretend to control us, we will outsmart you.
[/pullquote]There is a tradition of eating symbolic foods during Rosh Hashanah. At dinner on Rosh Hashanah eve, I invited guests to bring a food they would use to bless each other. For example, if they wanted to bless us all with health, they could bring brie which sounds like the hebrew word for health – “briyut” — or they could bring peaches to bless us with impeachment. Just saying…
I recently learned that symbolism is part of the pre-fast Yom Kippur meal. In particular, the shape of a ladder is added to the top of the challah, or the challah itself is baked in the shape of a ladder. This can represent either the hope that we will ascend to great heights, or the reminder that at this time God is deciding who will ascend and descend — who will live and who will die.
I love the image of a ladder — especially Jacob’s ladder. So much so that I’ve been desperate to get a tattoo of it. I won’t do it (bli neder), don’t worry — I figure I’m pushing enough other rabbinic boundaries. I suppose that is why I love the story, and the image, since I see in it the power of boundary-crossing. Jacob has left the only home he has ever known to escape the wrath of his brother. The text says “vayifga bamakom” — the verb insinuates a kind of collision with the place. When he sleeps he dreams of a ladder stretching between heaven and earth, and angels are ascending and descending. To me this moment represents the in-between, the blurring of the boundary, border-crossing.
I have long considered boundary-crossing to be a primary spiritual practice of mine. I experienced boundary-crossing as a spiritual practice when I visited inmates in a Massachusetts prison, during the countless times I have crossed checkpoints in Israel and Palestine, and when I cross 8 Mile Rd. To be boundary-crossers is our lineage. The word “ivrim”, Hebrews, can be translated as “the ones who cross.”
My love of ladders and boundary-crossing come together in a remarkable piece of Talmud in Taanit 28a:

Isn’t that amazing?! When the Greeks tried to stop the Jews from carrying first fruits and wood for the altar to Jerusalem, they used figs and ladders to trick the border guards. So not only are ladders a bridge, a tool for border-crossing, they are also mechanism for thwarting empire. It reminds me of one of my favorite quotes by Arundhati Roy. In 2003 at the World Social Forum in Brazil she said,

“Our strategy should be not only to confront empire, but to lay siege to it. To deprive it of oxygen. To shame it. To mock it. With our art, our music, our literature, our stubbornness, our joy, our brilliance, our sheer relentlessness – and our ability to tell our own stories.”