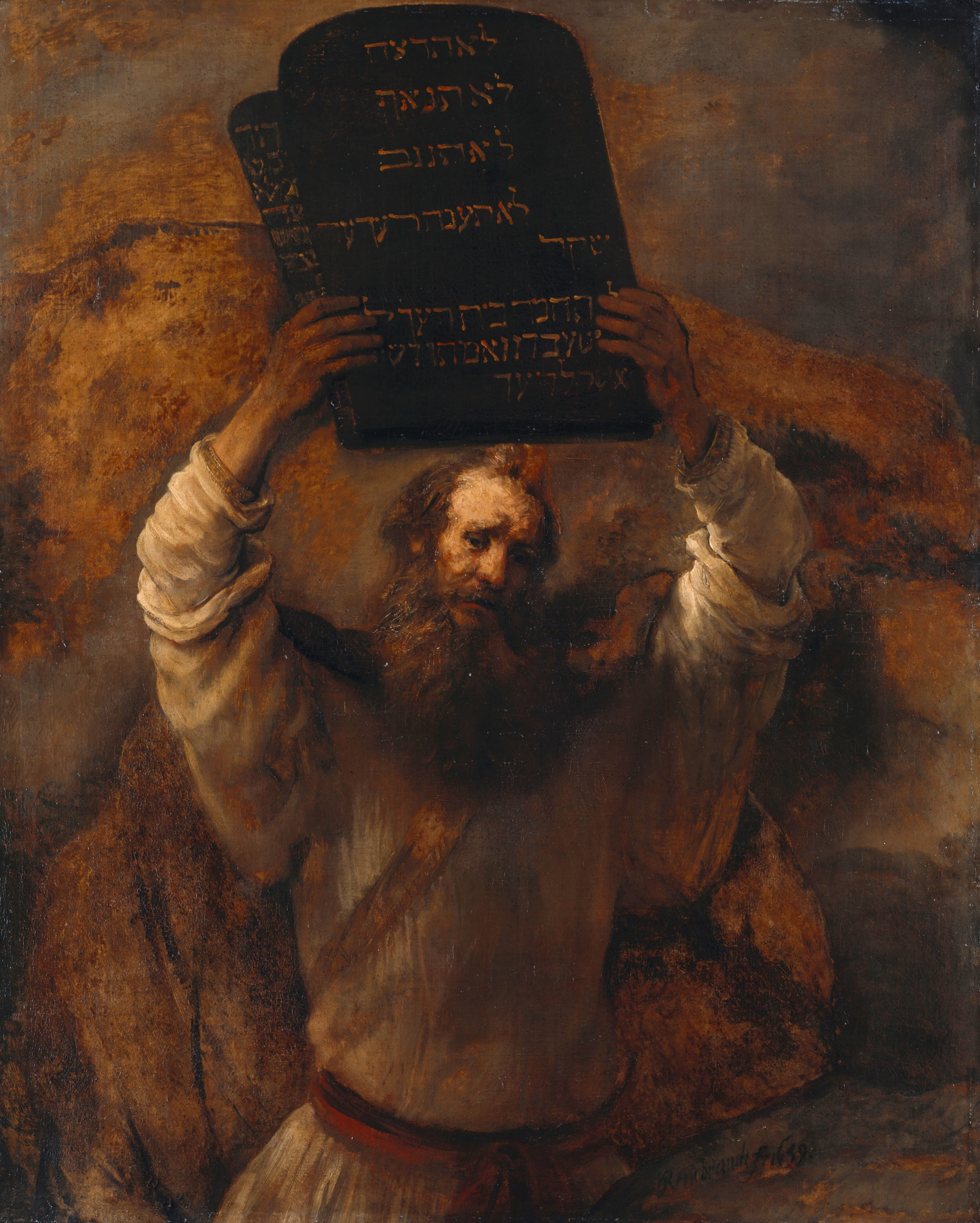 Nothing and No Place Is Inherently Holy: the Meshech Chochma on Ki Tissa

Max Buchdahl (he/him/his) lives in Washington Heights, is a rabbinical student, and tweets at @max_buchdahl. He writes a weekly parsha newsletter based on the Meshech Chochma, a commentary written by R’ Meir Simcha HaCohen of Dvinsk (1843–1926). You can click this link to sign up for the newsletter, which will arrive in your inbox each Friday morning.

In the Meshech Chochma’s comment on parshat Terumah, which I looked at a few weeks ago, R’ Meir Simcha shares a glimpse of how he views holiness through the lens of the parochet, the curtain separating the Holy of Holies from the remainder of the mishkan. This week, we will get another look at his vision of holiness, this time refracted through one of the most dramatic scenes in the Torah: Moshe’s breaking of the stone tablets.

After presenting another set of instructions to Moshe, God gives him two tablets “written by the finger of God” (Shemot 31:18). Meanwhile, the Israelites encamped beneath Mount Sinai have grown impatient. Afraid that Moshe has abandoned them, they convince Aharon to help them build a molten calf, which they then begin to worship.

And it happened when he drew near the camp that he saw the calf and the dancing and Moshe’s wrath flared, and he flung the tablets from his hand and smashed them at the bottom of the mountain. (Shemot 32:19)

The Meshech Chochma examines what exactly it means for Moshe to have destroyed the tablets.

There is a central question that the Meshech Chochma is addressing here: how can it be that Moshe destroyed tablets written by the very finger of God? Those tablets, one would think, must have been imbued with inherent kedusha, or holiness, such that Moshe’s destruction of them was nothing short of blasphemy.

To answer this question, the Meshech Chochma first mentions the Temple and Yerushalayim, the city of Jerusalem. He claims these pieces of land were endowed by God with kedusha. Then, however, the Jewish people were assigned as stewards of that kedusha, which can either remain in those places or be removed depending upon our behavior. By doing profane things in a holy place, you strip that place of its kedusha. The kedusha becomes entirely contingent upon our upholding God’s Torah.

The Meshech Chochma then brings us back to Moshe’s breaking of the tablets. Once Moshe saw the Israelites rejecting God’s Torah in favor of the Golden Calf, the holiness in those tablets immediately dissipated. He threw them to the ground knowing they had lost all kedusha. Therefore, according to the Meshech Chochma, there was nothing blasphemous in Moshe’s behavior. By that point, he was simply destroying some clay.

If God’s writing does not have inherent kedusha, then what, if anything, does? As the Meshech Chochma states, the only holy thing in the entire world  is God. That doesn’t mean, though, that God does not have the power to make things holy, to bring kedusha down from heaven into the world. In order to do that, however, there needs to be a partnership between God and the people of Israel. The people of Israel must uphold the covenant and perform mitzvot, or else the kedusha that would otherwise exist in places like Yerushalayim, or in objects like the stone tablets, disappears.

This interpretation puts an enormous amount of responsibility in the hands of individuals and the hands of the Jewish people as a collective. It allows us to see our own behavior as having a deep impact on the presence or absence of kedusha in the world, and it obligates us to endeavor in such a way that ensures kedusha will not be lost.

As Yeshayahu Leibowitz teases out in his essays mentioned in the footnotes, this has political as well as theological import. According to the Meshech Chochma’s argument at the beginning of this comment, there is no inherent holiness in Eretz Yisrael or Yerushalayim. If the tablets can be mere profane vessels, Eretz Yisrael and Yerushalayim can be mere profane dirt and stone.

The prophet most associated with concerns about holiness, Yechezkel, in prophesying the Jewish people’s exile from the land, especially highlights mitzvot about ethical behavior as those which justify our exile. When the exiles complain to Yechezkel of their being dispossessed of Eretz Yisrael, the prophet responds to them sharply, speaking in the name of none but God.

This is, at the end of the day, the lesson of Moshe’s radical act of breaking the tablets. The breaking of the tablets teaches us that even those objects and places that we may think of as inherently holy are not so. However, that doesn’t mean that we don’t have ways of making them holy. By performing mitzvot, by upholding the covenant with God, we have the opportunity to retain kedusha. Our ancestors removed kedusha from what was, or could have been, a holy object. Like them, we all have opportunities to either reinstill or take away kedusha in our world today. Shabbat shalom.

*** This comment is mentioned in several places by the Israeli philosopher Yeshayahu Leibowitz (“Accepting the Yoke of Heaven: Commentary on the Weekly Torah Portion,” parshat Ki Tissa, pg. 88; “The Significance of Redemption,” (1971), from “Judaism, Human Values, and the Jewish State,” pg. 122). Leibowitz was deeply influenced by R’ Meir Simcha’s theology. I first encountered R’ Meir Simcha through Leibowitz, and my translation of this passage is partially informed by the English translations in the two works mentioned above.

One thought on “Nothing and No Place Is Inherently Holy: the Meshech Chochma on Ki Tissa”