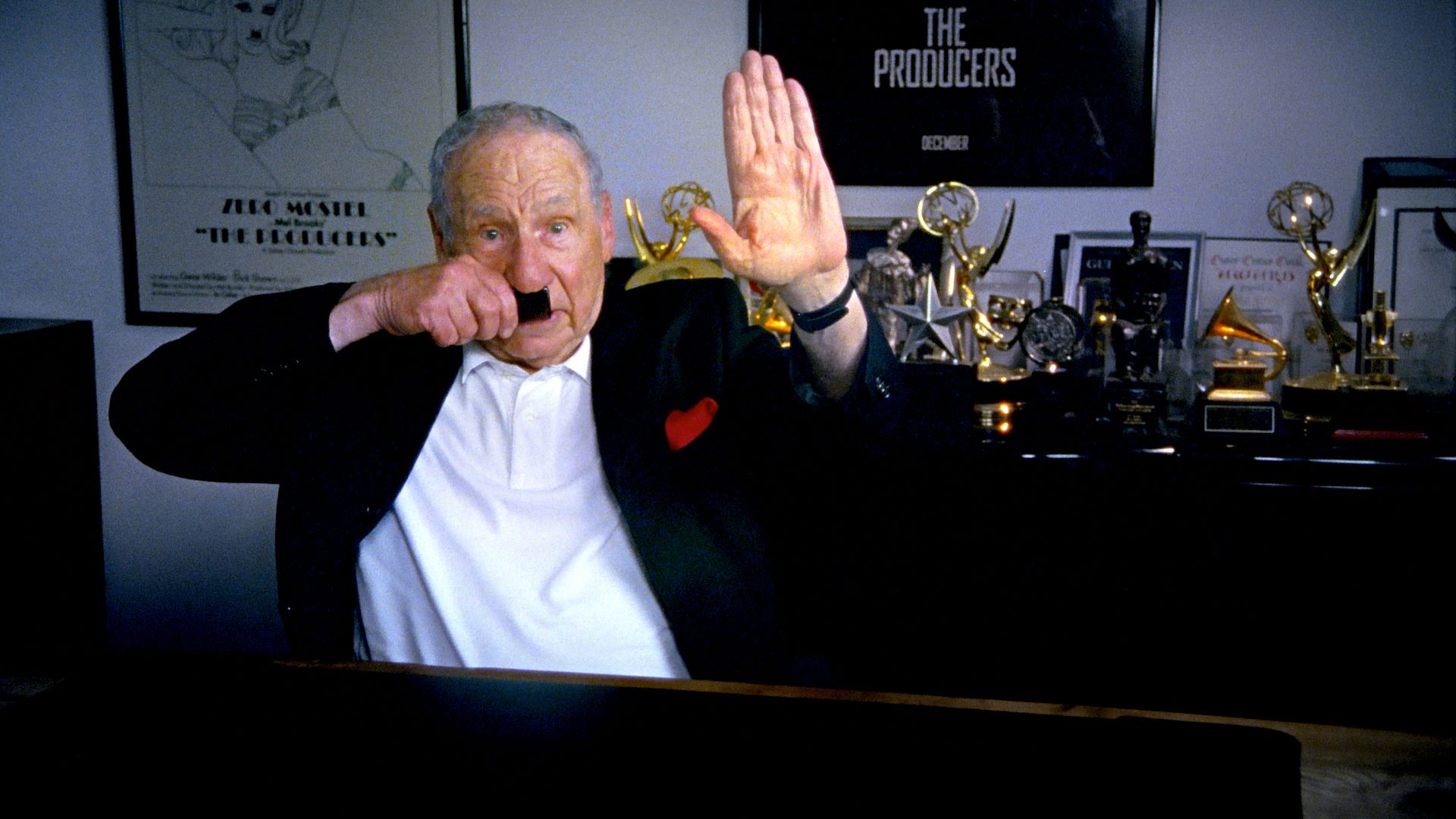 The Last Laugh: How Funny Must a Holocaust Joke Be?

Second, topic. From the 1930s on, the Nazis have been fair game for some of the best satire ever (Charlie Chaplin, the Marx Brothers, and the Three Stooges are just a few early examples), but some, like Mel Brooks, draw the line at Holocaust jokes. Making fun of Nazis, definitely okay; the Holocaust, maybe not.
Third, context. Even by 1948 Brooks was doing a mock-Hitler routine in the Catskills—but he succeeded in part because his entire audience was Jewish and felt safe laughing within the community at the joke. This out offers relief for, say, the informal shabbos dinner party, but seems less relevant now that nearly every comedic act gets shared online.
But then there are the tougher questions: must the comedian be Jewish? For instance, Lisa Lampanelli’s infamous Comedy Central roast is easy to reject since it yields the cringe without the chuckle, but what if Lampanelli had told a funnier joke—would it still have been taboo? Does reception—whether the joke inadvertently contributes to or combats anti-Semitism—matter or is it, as Sarah Silverman argues, not the comedian’s responsibility? Is there an absolute red line (like Anne Frank) or no single disqualifying factor? And, most Talmudically, do we actually have an obligation to laugh at Holocaust jokes to get “the last laugh” at Hitler? Do comedians, as what Brooks self-christens “the conscience of the people,” have an obligation to opt for the uncomfortable material?
[pullquote align=left] Should comedians lay off the Holocaust jokes in an age when American anti-Semitism is on the rise, or redouble their efforts?
[/pullquote]The Last Laugh, filmed before the ascendancy of a humorless kleptocrat and his fascistic cadre, seems either newly relevant or already out-of-date. On the one hand, as David Sternberg notes in the film, “Anyone who’s in a position of extreme authority is great to make fun of because they’re pompous.” On the other hand sits the normalization hypothesis: that repeated joking at Trump’s expense, coupled with mainstream media’s doctrine of false equivalence, inured voters to the man’s worst elements. Similarly, the worst anxiety about Holocaust jokes is that they might desensitize people to such atrocities, permitting repetition. It’s not clear which tack to take: satire or seriousness. (As Woody Allen half-jokes in Manhattan, in a scene The Last Laugh excerpts, “A satirical piece in the Times is one thing, but bricks and baseball bats really get right to the point.”) Should comedians lay off the Holocaust jokes in an age when American anti-Semitism is on the rise, or redouble their efforts?
The last criterion that The Last Laugh confronts—and, by many accounts, the most important—is whether the joke is sufficiently funny. Judy Gold says it best: “You can’t tell a crappy joke about the biggest tragedy in the world.” Indeed, this seems like the most important factor, but also the least objective. Abe Foxman loves Life is Beautiful; Mel Brooks hates it. They each claim this has to do with the Holocaust question, but maybe it’s simply a matter of taste. This factor may also be unhelpful for comedians because it provides an answer only after the fact: you can tell a Holocaust joke if it got enough laughs. And if it fails, no worries, you weren’t the first and you won’t be the last.