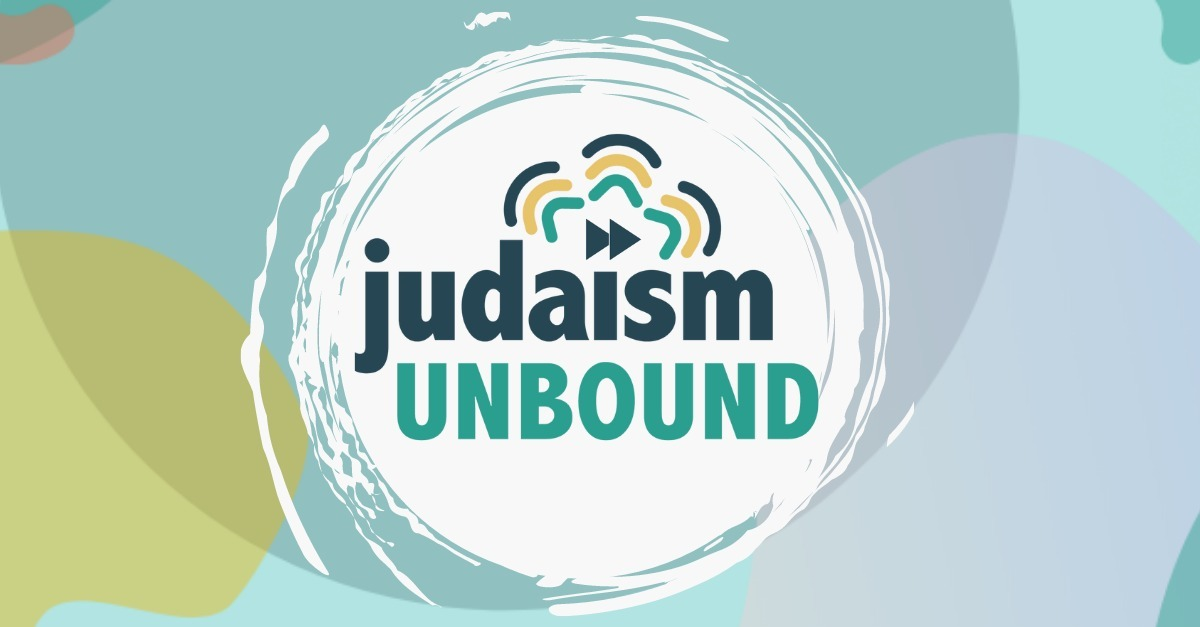 How to “Un” the Yeshiva with Judaism Unbound

Judaism Unbound is not your typical center for Jewish education. There’s nothing typical about it – not its aim (to empower Jews who have felt disenfranchised from mainstream Judaism), its podcast,  its programming, and definitely not its latest venture, the UnYeshiva, an inclusive  program consisting of live and asynchronous learning opportunities for Jews looking to engage with and explore tradition. Jewschool spoke with the UnYeshiva team – Lex Rofeberg, Dan Libenson, and Katie Kaestner-Frenchman about its mission, reimagining our relationship with Jewish education, pandemic Judaism, and more.

Jewschool (JS): Tell us about the inspiration for creating the UnYeshiva.

Dan Libenson (DL): With the [Judaism Unbound] podcast, we work to articulate a Judaism that’s compelling, different, and meaningful. We’re always thinking about possibilities,experimenting, considering what the obstacles are. There’s definitely a feeling among some Jews that that they don’t know enough, and we want to help people move past that.

Lex Rofeberg (LR): As a rabbi, I feel strongly that we need people who aren’t going to hold leadership positions in Jewish communities to be learning. There are certain contributions that only they can make, that they can bring because of their intersections. There needs to be a space that can challenge people – where we can unlearn what we’ve been given, what we’ve been allowed to learn.

Katie Kaestner-Frenchman (KKF): People our age – I’m 31 – are learning that some of what we’ve been told in Jewish educational spaces actually isn’t true. People who are considered on the fringes are ready for those conversations, and it’s important that they’re armed with information in a scholarly sense so they can blow things apart.

LR: In a Jewish educational context, it can be alluring to have simple narratives, so people know they can say this, do “x.” Once people spend time doing deep learning, it’s not at all clear what things mean. The most ancient Jewish tradition is changing the tradition, taking what we’ve received and upending it, instead of automatically doing what our parents and grandparents have done.

DL: One of the big questions is, how do we get people into deep learning when they’ve already been pushed out? The system is already working for those who are already into learning. Most people don’t dig in, they’ve been taught something that everyone around them has absorbed, which can cause great pain when we talk about things like intermarriage and conversion – but what if those things aren’t necessarily true? 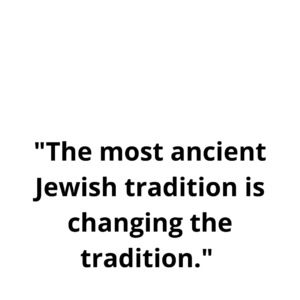 JS: What does the UnYeshiva look like in practice?

LR:   It’s a digital first – an online, trans geographic space (KKF is in the UK, LR is in Rhode Island, DL is in Chicago). People have been resistant to doing Jewish learning online, because it was perceived as threatening to existing Jewish structures,  but we’re now inhabiting a new space – classes offered at different times, designed to be asynchronous, and we offer podcasts, videos, so you can even participate if you can’t attend at all.

Currently,  we have 35 students in our live semester-long classes – “Leadership in a Time of Wandering,” taught by Dan, and “Jewish Discontinuity,” which I’m teaching.

(Note: There’s also an asynchronous offering, “Geeking Out: A Deep Dive into Jewish History, ” a curated playlist made up of Judaism Unbound podcast episodes, as well as presentations from folks like Abby Chava Stein and Joy Ladin called “Queer Judaisms,” and a collection of key teachings on Jewish traditions called “Text People.”)

KKF: We’re also conscious of folks who flourish with the use of different mediums and spectrums. Asynchronous courses help people do that, you have permission, for example, to place things like Spotify playlists and Torah text alongside each other.

JS: You mentioned earlier that Jewish institutions have felt threatened by the advent of online learning. How do you think the pandemic has impacted that?

LR: When Judaism Unbound started 6 years ago, no one had heard of Zoom, and podcasts were still a new concept. Now, every synagogue has to decide if an event is going to be online, offline, or a hybrid. It’s one of the most fundamental foundational changes in Jewish history, and what we do with that will set the stage for what comes, how we adapt. If Judaism was going to exist at all during COVID, it had to figure out how to live in the shared space of the internet.

KKF:  Online, it can be easier to do things like play with concepts like gender and history, to experiment, to claim ownership of something.

DL: Now there’s an understanding that you can have powerful Jewish experiences online, but we’re not advocating that Judaism move completely to the Internet. What it may mean is that brick and mortar organizations need to be more specific, as opposed to jacks of all trades. Now we can aggregate people from everywhere, get them over the obstacle of having to go to a physical place.

JS: What do you envision for the future of the UnYeshiva?

DL: We’re putting together a class in spring on holidays, and are aiming to expand the number of classes. We’re currently unfunded, so we’re working on a model for tuition, as well as recruiting more teachers. A big part of our vision is having a diverse faculty.

LR: There are certain kinds of debts that we might be made to feel towards Jewish life – the guilt that we aren’t doing enough, learning enough,etc. I want to build a sense that our role as Jews isn’t just to pass on traditions, but to feel an equal sense of magic when we do something that’s never been done before, to create what Judaism is.