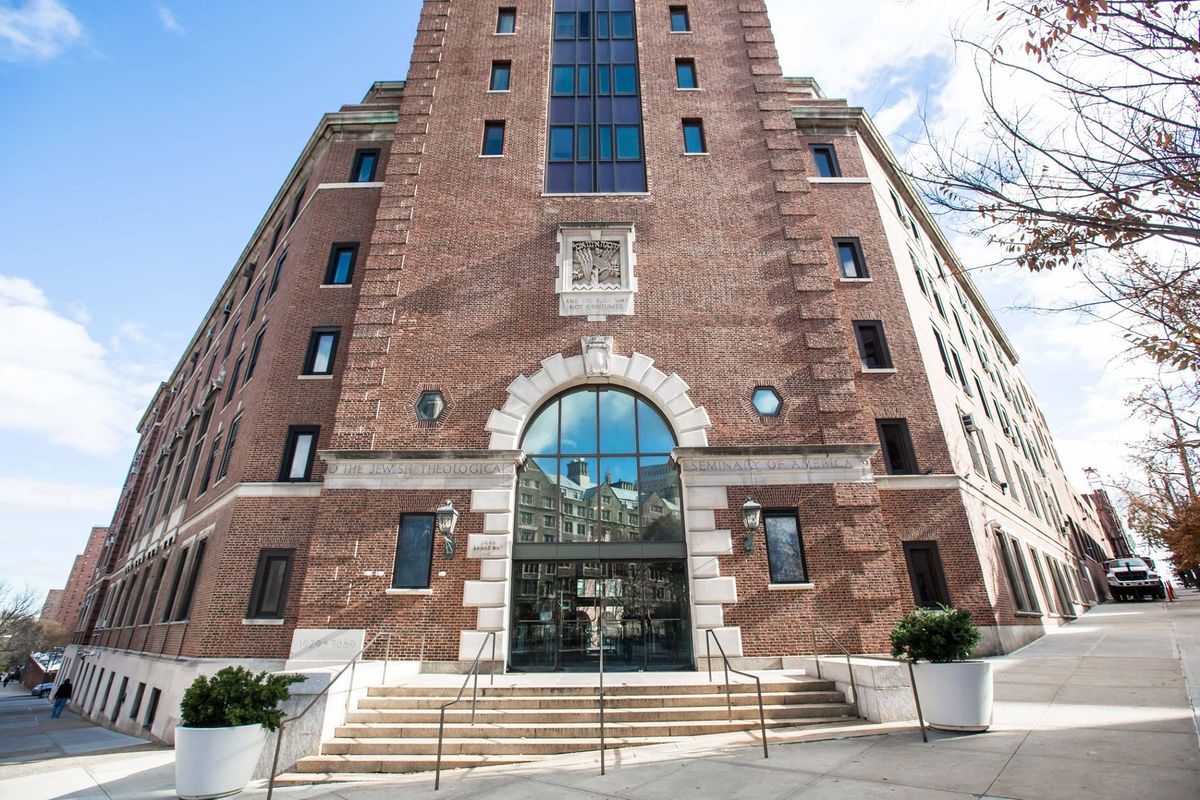 On-the-ground reporting for this story has been provided by Jewschoolers in New York who wish to remain anonymous.
[pullquote align=right] Nine years ago, the Conservative Movement passed a teshuva recommending that Jewish institutions hire unionized employees.
[/pullquote]On the evening of Tuesday, April 25, construction workers and labor organizers held a meeting attended by students of the Jewish Theological Seminary, the flagship educational arm of the Conservative Movement and my undergraduate alma mater.
The meeting’s purpose was to share information about the workers’ grievances against Gilbane, the contractor currently employed by the JTS for its 21st Century Campus Project. Gilbane is a Boston-based contractor that has a good record in its hometown, but has started hiring non-union subcontractors in New York City. In the past month there have been two accidents on Gilbane sites that resulted in stop-work orders. In an accident at JTS earlier in March, a cafeteria worker suffered a concussion from a falling fence.
At the meeting, called by the NYC Community Alliance for Worker Justice, a group of over a dozen JTS students gathered in a Barnard classroom to learn more about the campaign and listen to workers’ stories. Workers spoke about their experiences on non-union jobs. One man talked about a site with two harnesses for 30 workers, about scaling the side of a building with one arm full of rebar and nothing to break his fall. One man talked about getting his leg crushed and being hidden from cameras, being brought to the hospital in a company van, and management insisting he got the injury on his lunch break. Another worker talked about drugs and drinking on the site, with no one bothering to do drug tests, about doing jobs with no prior training. Everybody mentioned poor wages, inadequate or no insurance. In short, exactly what you’d expect from a ruthless profit-driven industry with no organized labor movement to protect its workers.
[pullquote align=left] One man talked about a site with two harnesses for 30 workers, about scaling the side of a building with one arm full of rebar and nothing to break his fall.
[/pullquote]Workers also spoke glowingly about joining a union, how it’s like a brotherhood that looks out for you, gets you middle-class wages, overtime pay, safety enforcement, apprenticeship programs, and health care.
When people say it costs too much to hire union labor, those are the corners they want to cut.
Nine years ago, the Conservative Movement’s Rabbinical Assembly Committee on Jewish Law and Standards, which is affiliated with JTS, meets on its grounds, and is comprised mostly by its graduates and by some faculty members, passed a teshuva (responsum on Jewish law) authored by Rabbi Jill Jacobs by a majority of 13-1-3, recommending that Jews and Jewish institutions hire unionized employees whenever possible. Now, JTS itself is contracting with a company that hires subcontractors on a competitive “open shop” model, choosing between union and non-union companies based on who is offering them a better deal.
JTS students have begun to raise objections to their school’s hiring of non-union labor, in violation of halakha according to their own movement’s law committee. In response, Marc Gary, the JTS Executive Vice President and Chief Operating Officer, sent a letter to the JTS community on February 28, attempting to “assuage any potential concerns” by assuring them that this move away from union fidelity to “the open shop approach”, in which “union and non-union subcontractors bid on various aspects of a project and are selected on merit-based factors”, has recently become the New York City real estate market’s industry standard. “As one of the premier firms in the city, Gilbane has followed this trend.” One hopes it will not follow some of the other trends.
[pullquote align=right] When people say it costs too much to hire union labor, those are the corners they want to cut
[/pullquote]This is not a simple matter of industry standards, though; it is a question of policy from within JTS’s own leadership, starting with the C.O.O. himself. Gary’s own, personal, ambivalence to unions is well-documented. In 2008, Mr. Gary, then the Executive Vice-President and General Counsel for Fidelity Investments, submitted a paper to the Law Committee dissenting from Rabbi Jacobs’s teshuva’s insistence on hiring union labor, saying we should respect the choices of workers who choose to not join a union. He casts aspersions on data showing high worker preference for unions and “categorically reject[s]” claims not only that declining union membership is attributable to aggressive employer interference with union organizing, but even that such union-busting activity occurs in the first place. He also does not think the CJLS should take positions on “aspirational goal[s]”, warning that it could turn into the Conservative Movement’s “nanny.”
Gary’s position is currently guiding JTS’s operational decisions, even though its publication in the Law Committee’s record explicitly states that “Dissenting and concurring papers are not official positions of the CJLS”, whereas Rabbi Jacobs’s teshuva, presently being ignored by JTS, was approved by overwhelming majority, and the Law Committee states that “Approved teshuvot represent official halakhic positions of the Conservative movement.” The signatories to Rabbi Jacobs’s teshuva include Rabbis Pamela Barmash, Elliot Dorff, Myron Fenster, Robert Fine, Reuven Hammer, Robert Harris, David Hoffman, Alan Lucas, Aaron Mackler, Daniel Nevins, Avram Reisner, Jay Stein, and David Wise, all of whom are JTS graduates. Rabbi Hoffman is a Vice Chancellor, Rabbi Nevins is Dean of the Rabbinical School, and Rabbi Harris is on the faculty.
Here’s how you can help:
[pullquote align=left] As the flagship institution of the Conservative movement, when else can values matter?
[/pullquote]The NYC Community Alliance for Worker Justice is asking the JTS Board of Trustees to pull Gilbane off the job and replace them with a contractor that hires union labor exclusively.

Students at JTS are starting to ask their administration some questions. JTS’s message to its students is that there is no alternative, that values matter, but reality matters more. But as the flagship institution of the Conservative movement begins construction on a major capital project, when else can values matter? When else can we use our Jewish communal power to shape reality, to build structures through which human decency is possible?