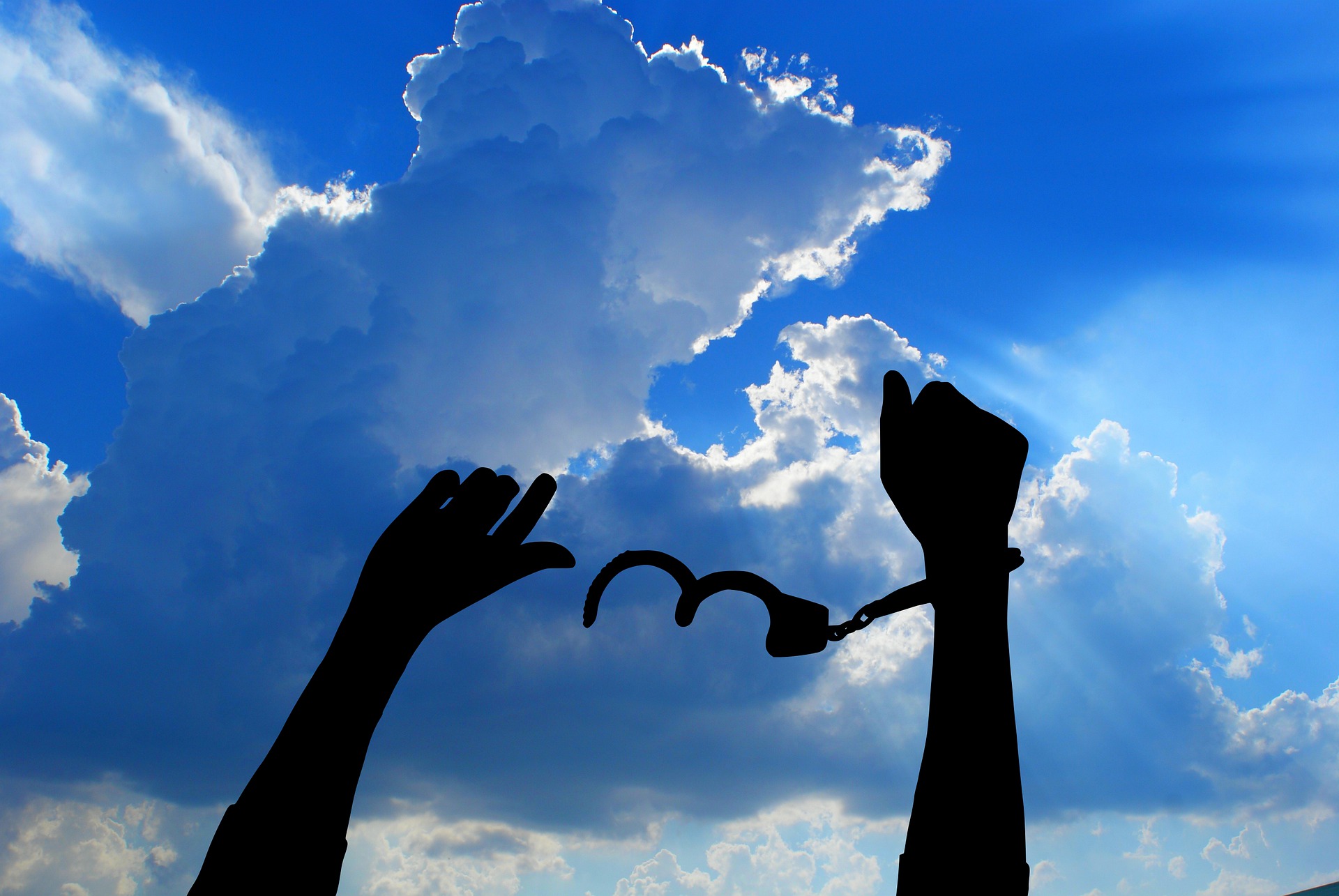 The texts discussed in this piece can be found, with translations, at the bottom.

Parashat VaEra, which we just read, teaches an insight that Torah students may need community organizers to help them understand and which community organizers would do well to recall. The previous parasha ended with Moshe demanding that Phara‘oh listen to the God of Israel and set them free. Phara‘oh shrugged off the demand (“Who is YHWH that I should heed His voice to send Israel free? I don’t know YHWH and I will not send Israel free”), Sh’mot/Exodus 5:2), called the Israelites lazy (5:8, 17), and instituted ever harsher, more draconian strictures on their slavery, leading the Israelites to chastise Moshe for making matters worse (5:21). Even though God had told Moshe that Phara‘oh would not crack easily (3:19), Moshe feels forlorn, lashing out at God (5:22-23). Seasoned organizers know the feeling well: Am I a total failure? Did I just make a bad situation worse?

Early in VaEra, God regroups with the organizers: “And YHWH spoke to Moshe and to Aharon, and commanded them regarding the Israelites and regarding Phara‘oh, King of Egypt, to bring out the Israelites from the land of Egypt” (Sh’mot/Exodus 6:13). At first glance, God is shrugging off the failure and pressing forward with clarity as to the mission, moving Phara‘oh to release the Israelites. Readers of this verse have long puzzled over one curiosity, though: we understand why God charges Moshe and Aharon regarding Phara‘oh; he’s the target they have to move to set the Israelites free. Why, though, does God also command Moshe and Aharon regarding the Israelites, to bring them out of Egypt? Classical Rabbinic texts offer at least four responses to this question, responses which may seem mutually exclusive of each other, but which, I think, not only can but must co-exist, in ways understood by community organizers.

1. In the early midrashic work Mekhilta of Rabbi Yishma‘el (on Sh’mot 12:6; Bo, Pisha 5), Rabbi Yehudah ben Betheira explains that God was commanding the Israelites “to separate from idolatry”, having understood after the first, failing round of organizing, that many of the people found it difficult to give up the idolatry they had taken on in Egypt. They had internalized the ways of their oppressor. Freedom necessitates giving up some things, even things that have become precious, things through which the oppressed have come to understand nature, culture, and oneself. No matter how much you agitate Phara‘oh, if Phara‘oh-ism is deep within the people, freedom will be elusive. No matter how brutal the oppressor, organizing has to start with the people: God commanded Moshe and Aharon first regarding the Israelites, and then regarding Phara‘oh.

2. In the Talmud Yerushalmi (Rosh HaShanah 3:5/58d), Rabbi Sh’muel bar Rav Yitzhak explains that God was telling the organizers to command the Israelites to free their own slaves! It’s so easy to think of Egyptian enslavement of the Israelites in binary terms, but organizers can easily understand that it must have been more complicated. Phara‘oh must have divided the Israelites, giving relative privilege to some, setting them up as buffers and middle agents, as slavers and exploiters always do. Nehama Leibowitz connects this text with a striking midrash I have discussed elsewhere (Sh’mot Rabbah 14:3) that reasons that “there were criminals among the Israelites who had Egyptian patrons and had wealth and status and did not want to leave” (Studies in Shemot, p. 147). Some Israelites — perhaps the elder tribes of Reuven, Shim‘on, and Levi, who are singled out in the Biblical text for having preserved genealogical records and all of whom later produced insurrectionists — enslaved fellow Israelites; Moshe and Aharon had to deal with them first: “otherwise, how could they demand of Phara‘oh to release the Israelites?” (Rabbi Meir Simcha of Dvinsk, 1843–1926, Meshekh Hokhma on our verse; I thank Rabbi Aryeh Klapper for bringing this text to my attention). The Israelite people was rife with idolaters and/or exploiters; such a community was not ready yet for freedom.

Two other commentaries explain the command in a very different, more sympathetic, direction:

3. The midrash Sifrei (Bemidbar #91) explains that God commanded Moshe and Aharon to “know that [the Israelites] are recalcitrant and troublemakers”; nevertheless, their role as organizers was to take a punch, to organize the people “with the understanding that you will accept upon yourselves that they will curse you and stone you with rocks.” This text skips the content of their recalcitrance; maybe they were attached to the oppressor’s culture, maybe they were attached to the oppressor’s exploitative economy. Maybe they were just stuck. Regardless, organizers: this is going to be tough. Organizing the community will not be smooth. They will not all love you and regale you as a hero. Many of them will resent you and fight you. You enter this work knowing that that’s the work: embracing the people despite their sometimes hostile recalcitrance.

4. The somewhat later midrashic work Pesikta deRav Kahana (14:5) unpacks one example of what it means to embrace the people despite their hostility: God commanded Moshe and Aharon not to insult the people. Noticing that much later, Moshe is punished severely after berating the restless, thirsty people, derisively telling them, “Listen up, you rebels” (Bemidbar/Numbers 20:10), the midrash wonders how Moshe was supposed to know better. How could God punish Moshe so severely, restricting him from entering the Promised Land, if his actions did not violate any commandment? The midrash responds that at the beginning of our parasha, at this critical, early organizing stage of regrouping and digging in, God commanded Moshe and Aharon regarding the Israelites: “Don’t call my children rebels.” God knows them. God knows that the rejection they have already shown will continue. They’re deep in it, in grief, suffering, pain, bitterness, cultural erasure, despair. That’s why this organizing campaign is critical. You are with the people; do not insult them, even when they act out.

Community organizers understand that all of these explanations co-exist. From Phara‘oh’s Egypt to myriad settings today, organizers work with the people to get free. Organizing involves agitation: Did you ever ask yourself who benefits from you worshiping the gods of your oppressors? Who taught you to do that? Are you actually powerful by exploiting those one rung below you? Don’t you have more in common with the Israelites you’re exploiting than with Phara‘oh who is using you as his tool? There is no freedom without giving something up along the way. And even in those settings of agitation, organizers know that they must be with the people and must believe in the people, no matter how slow and contentious the process may be. The Torah reminds us all, as if to say that we are all meant to be organizers: Before attacking the enemy, before organizing tactics and escalating confrontations, get with the people, get in formation, in generous, patient, confrontational agitation.

Rabbi Aryeh Bernstein is a Senior Editor of Jewschool, the National Jewish Educator for Avodah, and an Educational Consultant to the Jewish Council on Urban Affairs.

2 thoughts on “Lessons in Community Organizing from Parashat VaEra”