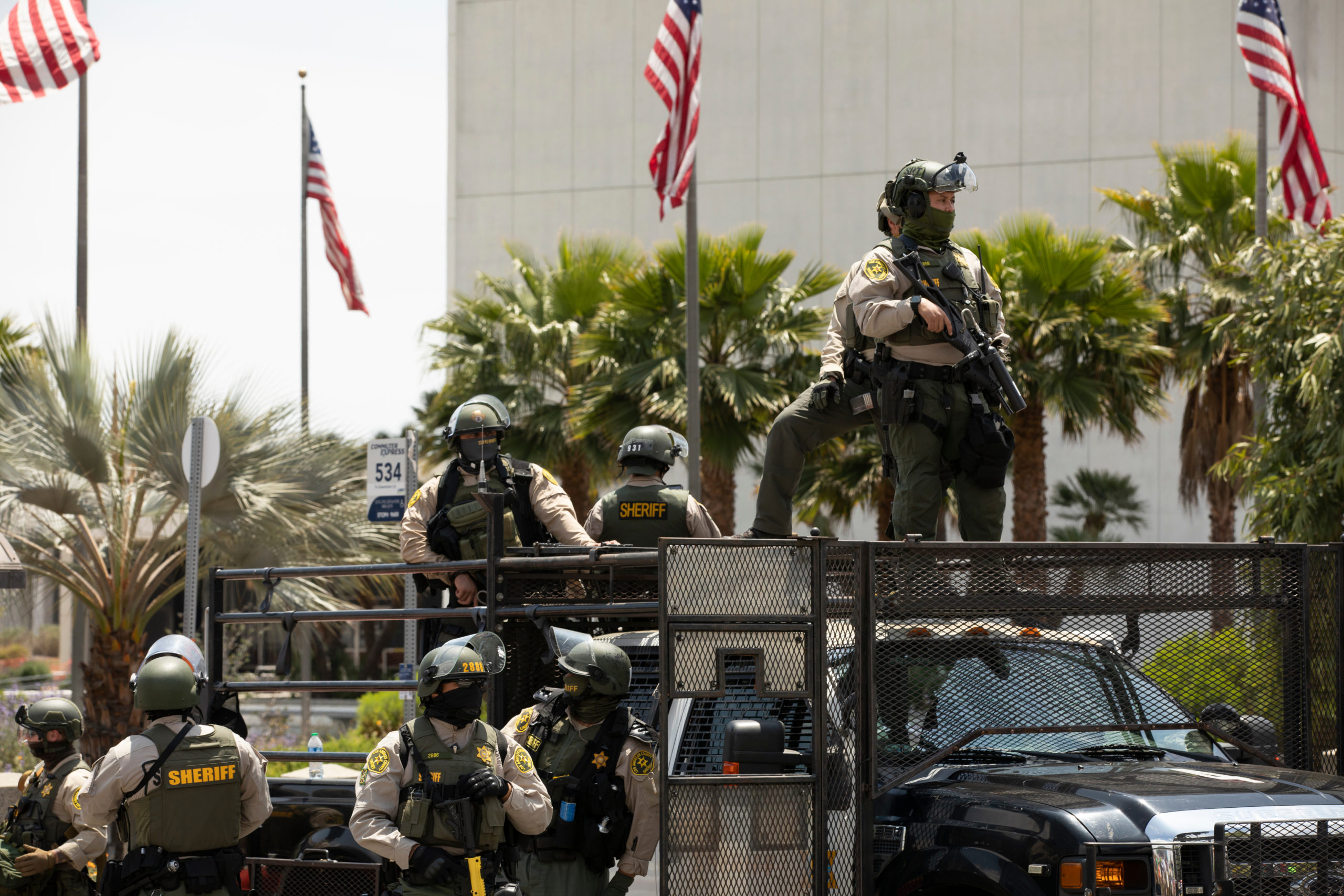 Leaked recordings of a private conversation between three LA city council members that revealed racist, antisemitic, and homophobic comments have prompted national media coverage, local outrage, and even a statement by President Biden calling for the resignation of all the officeholders.

This scandal illuminates deeper systems of white supremacy and corruption at play in our local political system. The time is now to re-evaluate how our community distributes power and responsibility, and holds public officials accountable for their actions. With this as our backdrop, Bend the Arc: Jewish Action, Southern California – a social justice movement of progressive Jews – recognizes the deep need to create processes to hold public officials in check. Our history teaches us that justice requires accountability. We urge Angelenos to push for more systems and structures of accountability and vote yes on Measure A.

Just as citizens made their voices heard during protests over the leaked audio scandal at City Hall, chanting “Step down or get shut down!” and hanging handwritten signs that read: “All racists must resign!” Bend the Arc stands in support of uplifting the public’s voice with Measure A, an amendment on the ballot that would allow for the removal of a Los Angeles County Sheriff if they commit a serious violation of the public trust. While sheriffs run for re-election every four years, there is little that can be done between cycles without Measure A. Voting yes on A would create common sense checks and balances on future sheriffs.

And LA desperately needs those checks and balances. The LA County Sheriff’s Department (LASD) is the largest, and one of the most controversial, forces in the country. We have a long and storied history of sheriffs who have abused power, disregarded the law, and obstructed civilian oversight. This pattern of malfeasance showcases that the issue goes beyond one single sheriff, and points to a system that has allowed for these elected officials to be treated as above the law. The misconduct witnessed and documented at the LA County Sheriff’s Department over more than five decades is rooted in violence and in corruption and duplicity, where more than a dozen deputy gangs reign havoc, and current and past sheriffs have defied the law as well as disregarded department policy for their own gain.

As Jews, we hold a vision for communities and societies that are centered in justice and equity, and understand that a department that supports and benefits from violence is the antithesis to that vision. The Biblical obligation to appoint judges and law enforcement is immediately followed by “and they shall govern the people with due justice.” This demand is explained: “You shall not judge unfairly: you shall show no partiality; you shall not take bribes.” This is very obviously not the situation in the current Sheriff’s Department.

In 2021, nonprofit community journalism project Knock LA released the first-ever public database of gang-affiliated LASD employees, revealing just how wide-reaching violence is across the department. It reported over 50 years of abuse and murder at the hands of gangs within the LASD. According to its reporting, there are currently at least 18 gangs within the department, and lawsuits related to deputy gangs totaled over $100 million in the last 30 years. Violence committed by law enforcement has indelible negative effects on neighborhoods, communities, and individual life outcomes. We know that police in the United States kill more people than police in any other advanced industrial country, and stand behind any legislative measure that would safeguard against ongoing trauma and brutality towards Los Angeles communities, particularly those of color.

It’s time that we protect ourselves and our neighbors from sheriffs who break the law. Current LA Sheriff Alex Villanueva has a laundry list of misconduct allegations, and has repeatedly covered up violent and illegal incidents. The ACLU of Southern California, alongside more than 50 organizations, has publicly called for the resignation of Sheriff Villanueva for “turn(ing) his back on the people of L.A. and…actively undermining efforts to rein in a department with a long history of abuse and an utter lack of transparency and accountability.” In early 2021, the California Attorney General launched a civil rights investigation of the LASD, focused on “unconstitutional policing” – the result of multiple allegations of excessive force, retaliation, and misconduct.

We just emerged from Judaism’s most significant holiday of the year: Yom Kippur. For many of us, this holiday is the epicenter of accountability, a time where we recount our wrongdoings over the past year and participate in a practice of t’shuvah – returning to ourselves and a just path of living.

The Jewish tradition accepts that human beings are fallible and flawed, and makes up for that fact by creating processes that support restitution and reconciliation. It’s time for LA to do the same. Voting yes on Measure A is an opportunity to hold powerful sherrifs accountable for their actions and decisions, and infuse more justice and responsibility into our local political system.

Jennifer Yael Green serves as the Chief Engagement & Program Officer at Honeymoon Israel, after previously working as an advocate in the foster care and juvenile justice systems. She is a graduate of the Glass Leadership Institute at the ADL, the Jeremiah Fellowship at Bend the Arc, and the New Leaders Council Institute for emerging millennial leaders. She holds an MA in Public Diplomacy, and volunteers as a creative writing mentor for teenage girls at WriteGirl.