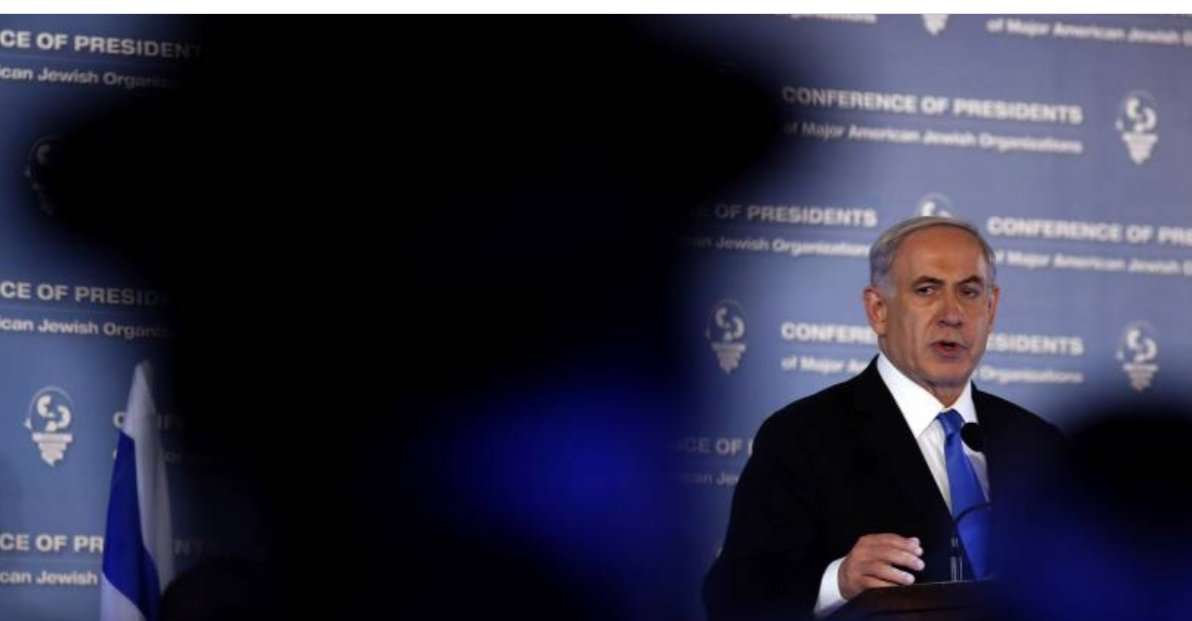 If the annexation debate has achieved anything, it has proved one thing: the mainstream American Jewish community is dead. It is failing all of us, right, center, or left.

Mainstream organizations like the American Jewish Committee, Anti-Defamation League, AIPAC, Conference of Presidents, and others that have long claimed to represent essential Jewish values as they fight against anti-Semtism, broader intolerance, and those who wish to see Israel destroyed have now made clear they have only one consistent principle: defend Israeli government actions at all costs.

Whether because of donor interests or the inability to any longer see past the talking points they have been spouting for years, these organizations’ claims to represent Judaism or the true interests of American Jews, rather than the narrow views of the Israeli right wing, can, in my view, no longer be deemed valid.  Even the arguably good work these organizations do in other areas rings hollow when held against the relief of admissions, whether internal or in op-eds, that “we know annexation is wrong and will lead to apartheid, but we will defend it anyway.”

Thus, these organizations fail the right by admitting the destructiveness of Israeli policy, fail the left by refusing to do anything about it, and fail the center by declining to chart a course of action but rather all but admitting from the outset they are doomed to fail and incapable of leadership.

Mercifully, many American Jews see beyond this shallow rhetoric and rationalization. Not simply organizations on the left, though they remain steadfastly active, but individual American Jews who understand the dangers of annexation for Palestinians, for Israelis, and for all Jews.

On June 19, when 180 American Jews who were graduates over the past 25 years of the Dorot Fellowship, Bronfman Youth Fellowship, and NIF/Shatil Social Justice Fellowship, published an open letter to the leadership of the American Jewish community, the news may have been overlooked as just another letter. There have, after all, been hundreds in the last 20 years since the beginning of the Second Intifada and deepening of the Occupation. But this letter merits attention, especially against the backdrop of what the community’s leadership is actually saying.

This letter did not equivocate or devolve into “bothsidesism.” It makes clear that “[a]nnexation threatens to formalize and make permanent the unequal and deeply unjust system of occupation that Israel has maintained for 53 years” and that, in the context of the current moment in the United States, “it is unconscionable that North American Jewish institutions refuse to speak out against the formalization of a system of subjugation and discrimination in Israel.”

But this type of letter — from American Jews from a range of generations, perspectives, affiliations, and backgrounds but all rooted in Jewish values and community — actually does not emerge so often. Neither, honestly, does such a callous rejection like the one the signers indirectly received in the form of the AJC statement, ADL deliberations, etc.

“We Have to Speak Out”

Three of the signers of the letter provided deeper insight into their thinking and concerns. It is these voices that we should be heeding in the annexation moment, those of individual American Jews of conscience, rooted in Jewish values. As Maya Rosen, who both signed the letter and helped develop some of its language stated, “I have no illusions that [the letter] will change anything, but I think that shifting the public narrative towards one of rejection is an important step because there is really no moral alternative. We have to speak out, including close to home and including in the context of our Jewish communal affiliations.”

Rosen, who now lives and works in Israel for Breaking the Silence, reflected further on the American Jewish community, which she now principally does online. “Watching the debates about our letter play out on various listservs has made me feel very far away from the American Jewish community. It has always surprised me the extent to which American Jews are willing to check their American ‘civic values’ at the door for the sake of Israel and happily embrace a society with legalized segregation and systemic, institutional discrimination, including a two-tiered legal system on the basis of ethnicity/nationality.”

It has always surprised me the extent to which American Jews are willing to check their American ‘civic values’ at the door for the sake of Israel and happily embrace a society with legalized segregation and systemic, institutional discrimination, including a two-tiered legal system on the basis of ethnicity/nationality.

Indeed, as Raffi Magarik, an Assistant Professor of English at the University of Illinois-Chicago, explained, he was not willing to check those values and saw no alternative to signing. “[Annexation] is my red line. Now that it’s here, I hope other liberal Zionists will, like me, realize the moment has come to just support Palestinian demands unequivocally, as there really is no moral alternative anymore.” By contrast, the mainstream community’s organizations have identified a problematic red line in annexation — and simply decided to wring their hands a little and move on.

For Magarik, though, the question doesn’t simply require braver and more difficult decisions from those in the mainstream, but on the left as well. “[A]nnexation ought to make a number of liberal, anti-occupation Zionists finally face a choice: are they going to stick with Israel as it formally announces its intentions to extend apartheid in the West Bank, or are they going to join the fight against that project?” In his case, this could include respecting a professional boycott of Israel by no longer visiting Israeli state universities, accepting money from them, inviting speakers who are funded by the State, though he may visit on a personal basis.

[A]nnexation ought to make a number of liberal, anti-occupation Zionists finally face a choice: are they going to stick with Israel as it formally announces its intentions to extend apartheid in the West Bank, or are they going to join the fight against that project?

As to how annexation will impact where he affiliates within the American Jewish community, he noted starkly, “I don’t have an answer to this yet—it’s too big and too painful a question so far.”

Ned Lazarus, a professor and conflict resolution scholar in Washington DC noted that, since he became active on Israel-Palestine issues in the 1990s, there have been many such moments of desperation and outcry. Perhaps too many moments where we have heard cries, particularly from the left, that “the sky is falling.” But this is different, Lazarus says, because of the near-permanent damage annexation would do to the prospects of a true resolution to the conflict.

Lazarus is skeptical that this Israeli government is at all influenced by the views of the American Jewish community. Nevertheless, he feels it essential that individual American Jews speak up because of the urgency of the moment and sees a broader range of anti-annexation voices than may have existed 5-10 years ago.

Sadly, the leaders of the mainstream American Jewish community do not appear ready to meet those emerging voices.

“The Beauty of the Struggle”

For each of these signers, the letter represented an opportunity to make their voices and Jewish values clear: annexation, whether it begins with 1 hectare or 1,000, is wrong, just like the Occupation that annexation seeks to make permanent. Following the letter’s issuance, foundations of the mainstream community responded by making clear that their values rest only in the self-interest of pleasing key donors or acquiescing to the loudest voices on the extreme right.

The strength of the mainstream American Jewish community will now rest with individual American Jews who will need to see beyond the narrow self-interests of the organizations they have looked to for representation and instead do the real work of understanding — and ultimately opposing — annexation, the Occupation, and the erosion of democratic values and norms in Israel.

There are many organizations on the left that will welcome them, but true change will come when American Jews in the center and right are themselves aware of and working from the same moral perspectives as the New Israel Fund, T’ruah, Americans for Peace Now, and others — without having to be on the left. The moment requires no less.

Maya Rosen summed up her approach to the voice of leadership represented by the letter this way: “My hope is…that annexation will…spur the steady growth of the movement to end the occupation. אף על פי שיתמהמה, עם כל זה אחכה לו — even though redemption may be delayed, despite it all, I will wait. These days, my belief is not so much in redemption itself but rather in the integrity and the beauty of the struggle of waiting.”

May the wait be much shorter than anyone fears — for Israel, for Palestine, and for the American Jewish community.